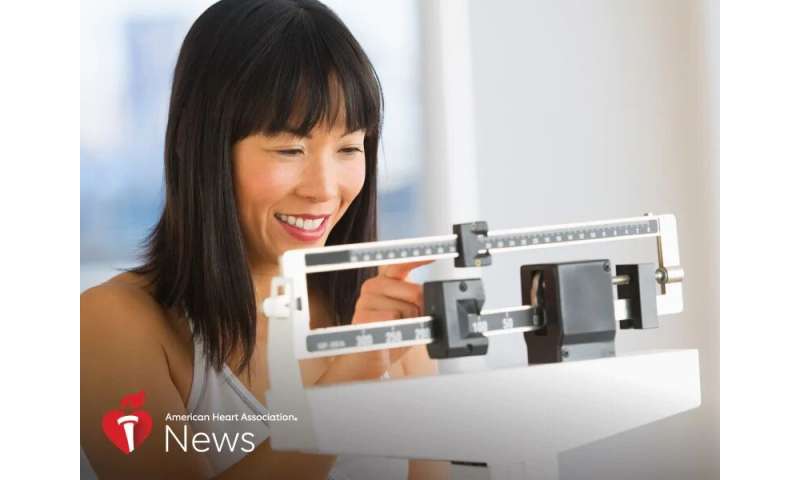 Asian Americans are more likely to have better overall cardiovascular health than white Americans, but they lose that standing when the comparison is made using a lower, Asian-specific threshold for body mass index, according to new research.

Asian Americans are one of the fastest-growing populations in the United States. They make up 5.6 percent of the nation’s residents and are projected to double in population from 18 million to 37 million by 2060.

Yet, little is known about their cardiovascular health, according to authors of a new study who say their research is the first to assess heart health status of Asian Americans in a nationally representative sample.

Asian Americans fared better than their white counterparts and were considered 42 percent more likely to have “ideal” cardiovascular health, according to research published Wednesday in Journal of American Heart Association. But that advantage disappeared when the data was tweaked to redefine what was considered overweight for Asian Americans.

Body mass index, or BMI, is a widely used method for gauging obesity risk. It is a numerical value of weight in relation to height and is an indication of body fat but not a direct measurement of it.

Generally, normal BMI is anything below 25. Researchers assessed Asian Americans using that traditional standard as well as an “Asian-specific cut point for ideal weight” that reduced the normal BMI threshold to less than 23.

Previous studies have shown Asian populations are at higher risk for diabetes, high blood pressure and high cholesterol at lower BMI thresholds. Using standard BMI definitions for overweight and obesity among Asian Americans may fail to identify people at increased cardiovascular risk, according to the study.

Even when compared to white people of similar age, sex and body fat, Asian Americans tend to have consistently lower BMI because of their “different body build,” said Dr. Jing Fang, the study’s lead author and an epidemiologist in the heart disease and stroke prevention division of the Centers for Disease Control and Prevention.

Specifically, Asians are more likely to develop fat around the abdomen, which is linked to a higher risk for cardiovascular disease. It’s partly why the World Health Organization proposed lowering the BMI cutoff for Asian populations to consider anything 23 or higher as overweight, Fang said.

These latest findings “highlight the need for the application of population-specific and culturally appropriate metrics when assessing cardiovascular health,” she said.

Dr. Latha Palaniappan, a professor of medicine at Stanford University in California, agreed. She said researchers need to better assess individual ethnic groups within the Asian American umbrella, the largest of which in the United States are Chinese, Filipino, Asian Indian, Vietnamese, Korean and Japanese.

“When you aggregate these disparate groups, it may look like there’s no differences in risk compared to non-Hispanic whites. But when you disaggregate those groups, you see there are some groups that have much higher rates of cardiovascular disease – like Filipinos and Asian Indians – and some groups have lower cardiovascular disease rates,” said Palaniappan, director and co-founder of the Center for Asian Health Research and Education at Stanford.