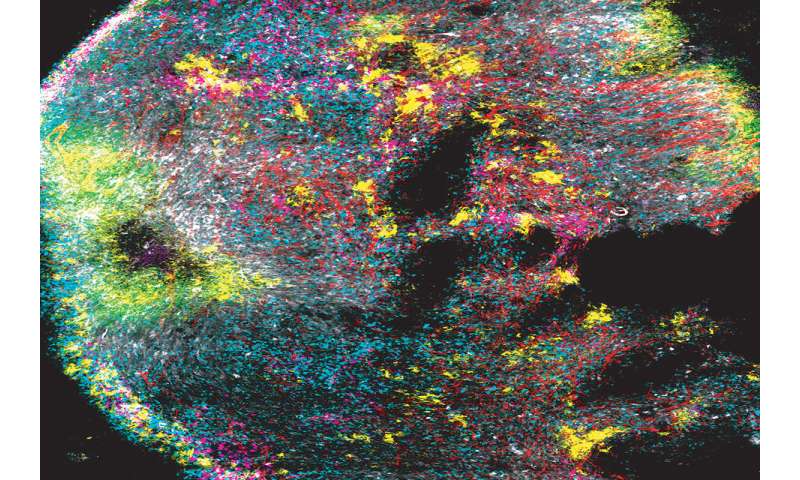 Cancer immunotherapy drugs trigger the body’s immune system to attack tumors and have revolutionized the treatment of certain cancers, such as lymphoma, lung cancer and melanoma. Yet, while some patients respond well to the drugs, others don’t respond at all. Cancer immunologists want to change that.

A new study by researchers at Washington University School of Medicine in St. Louis indicates a way for cancer immunotherapy to spur a more robust immune response. Such knowledge could lead to the development of better cancer vaccines and more effective immunotherapy drugs called checkpoint inhibitors.

The study is published Oct. 23 in the journal Nature.

“Immunotherapy presents tremendous promise for cancer treatment, but we haven’t yet found a way to make it widely effective,” said senior author Robert D. Schreiber, Ph.D., the Andrew M. and Jane M. Bursky Distinguished Professor. “It still doesn’t work for many patients, particularly for common cancers, such as breast or prostate. We want to understand why they are ineffective in these cases so we can make better therapies. Our research suggests that immunotherapy is likely to be more effective when a vaccine is used alongside checkpoint inhibitors.”

Much immunotherapy for cancer is designed to prompt immune cells called killer T cells to attack the cancer cells. But the new research suggests that also recruiting other T cells—called helper T cells—could boost the effectiveness of immune therapy. Such helper T cells are involved in recognizing cancer as a threat and recruiting killer T cells to mount an attack. Without the helper cells, the immune system typically doesn’t fully respond to fight cancer.

“This study reveals for the first time that helper T cells are essential in cancer immunotherapy,” said Schreiber, who directs Washington University’s Andrew M. and Jane M. Bursky Center for Human Immunology & Immunotherapy Programs. “Activating killer T cells alone is not enough. To work better for all patients, we think effective cancer vaccines and immunotherapy drugs must activate both the killer and helper T cells.”

Current cancer vaccines and immune checkpoint therapies are designed with a solid understanding of a group of genes—called MHC class I genes—that activate killer T cells. The new study delves deep into another group of genes—called MHC class II—that activate the helper T cells. The research reveals ways to harness knowledge of both of these important components of the immune system to more effectively single out the tumors as dangerous, so that the helper and killer T cells can work together to eliminate the cancer and spare healthy tissues.

Schreiber’s co-authors, including Maxim N. Artyomov, Ph.D., an associate professor of pathology & immunology, developed a computer program that can predict which mutant proteins—or antigens—on a patient’s tumor will specifically activate helper T cells. This sort of predictive software is well-established for activating killer T cells. But until now, this was largely impossible for helper T cells.

“For killer T cells, we’re relatively good at looking at a patient’s tumor, seeing what mutations are present and figuring out which mutations are most likely to trigger killer T cells to respond,” said first author Elise Alspach, Ph.D., a postdoctoral research associate in Schreiber’s lab. “But the ability to do this for helper T cells has lagged far behind.”

Added Schreiber, “It’s a bit like finding a needle in a haystack. With all the proteins in tumor cells, how do you find the ones that serve as the best antigens to activate the immune system? We believe the technique that we’ve developed is an important step forward for harnessing helper T cells in cancer immunotherapy.”

And finally, the most effective anti-tumor responses occurred when immune checkpoint therapy was combined with a vaccine that incorporates targets for helper and killer T cells that are specific to antigens in the patient’s tumor.