Boy, oh boy! Anne Hathaway has another son on her hands, Us Weekly exclusively confirms.

After The Hustle actress debuted her post-baby body at the 2020 Critics’ Choice Awards on Sunday, January 12, an insider told Us that Hathaway, 37, revealed that she’d welcomed a second boy with her husband, Adam Shulman. 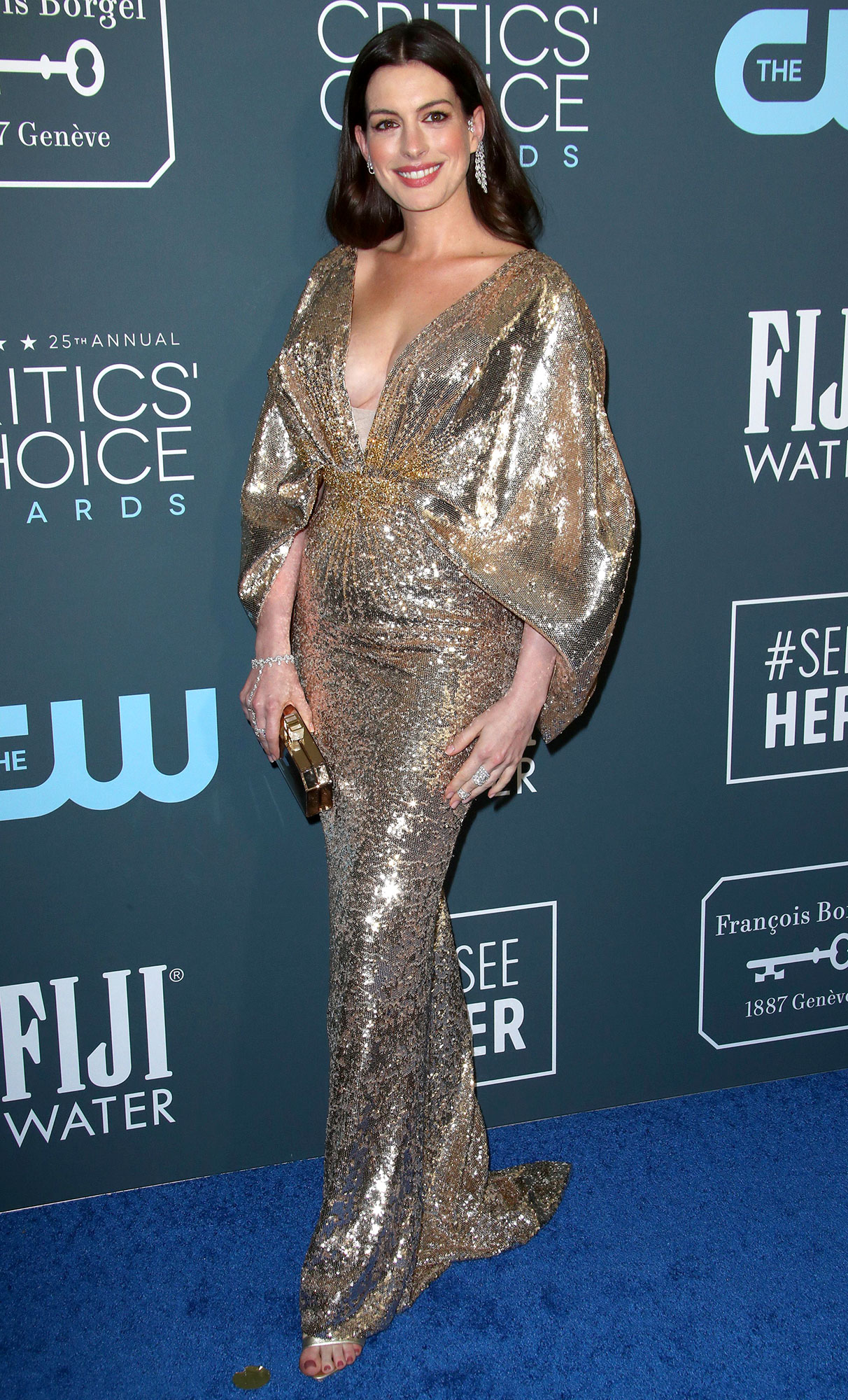 “This is him,” Hathaway said while showing someone a photo of her newborn at the award show, the insider revealed. “Oh, he’s so cute!” the onlooker responded.

The photo showed the Colossal star’s little one wrapped in a navy and yellow blanket, the insider added.

The Devil Wears Prada star gave birth to her second child with her husband of seven years sometime in late 2019.

Us previously reported that the couple were parents to two children after Hathaway was spotted carrying a newborn in Connecticut alongside her husband and their 3-year-old son, Jonathan, on December 8.

The Ocean’s Eight actress announced she was expecting in July via Instagram. “It’s not for a movie. #2,” she wrote alongside a mirror selfie showing off her baby bump. “All kidding aside, for everyone going through infertility and conception hell, please know it was not a straight line to either of my pregnancies. Sending you extra love.”

The following week, the New York native joked about having pregnancy brain. “I’m pregnant and I don’t remember what I say from minute to minute,” she told Us and other reporters in July.

When asked if she’d ever have guessed as a young woman that she’d be acting in superhero films she added: “My brain won’t let me go there right now. I’m sorry. Somebody’s eating it.”

The couple has kept their eldest son out of the limelight as much as possible, but that hasn’t stopped Hathaway from gushing about motherhood over the years.

“He just hates my voice,” the Oscar-winning Les Misérables actress said of her eldest son on Jimmy Kimmel Live! in January 2019. “He hates it. I’m not allowed to sing in my own house anymore.”

The Princess Diaries star also revealed that when Jonathan was a week old and she was in the “ninth level of ecstasy,” she had a revelation that mom guilt was “invented nonsense.”

“We’re encouraged to judge each other, but we should be turning our focus to the people and institutions who should be supporting us and currently aren’t,” she told Elle in her April 2017 cover story.