Cory Wharton is going to be a dad again! The Challenge star, 28, and girlfriend Taylor Selfridge are expecting their first child together, the couple exclusively reveals in the new issue of Us Weekly.

“It was definitely a surprise,” Wharton tells Us of the news, which they found out about two months ago. Selfridge, 25, is 11 weeks along. While this will be the model’s first baby, Wharton shares 2-year-old daughter Ryder with ex-girlfriend Cheyenne Floyd. However, he didn’t know Ryder was his daughter until she was 6 months old, so this is the first time he’s going through many of the big life events.

“Just being there from the day she found out that she’s pregnant and knowing that it was mine, I knew that I was going to have to step up,” he shares, adding that he’s happy he now gets to be part of the early stages. “It’s exciting for me. It’s gonna be a lot, but I’m excited. I never went to an ultrasound, you know? I never went to the doctor’s appointments to see her check-ups and things like that. So for me, this is like my first baby almost, as weird as that sounds.” 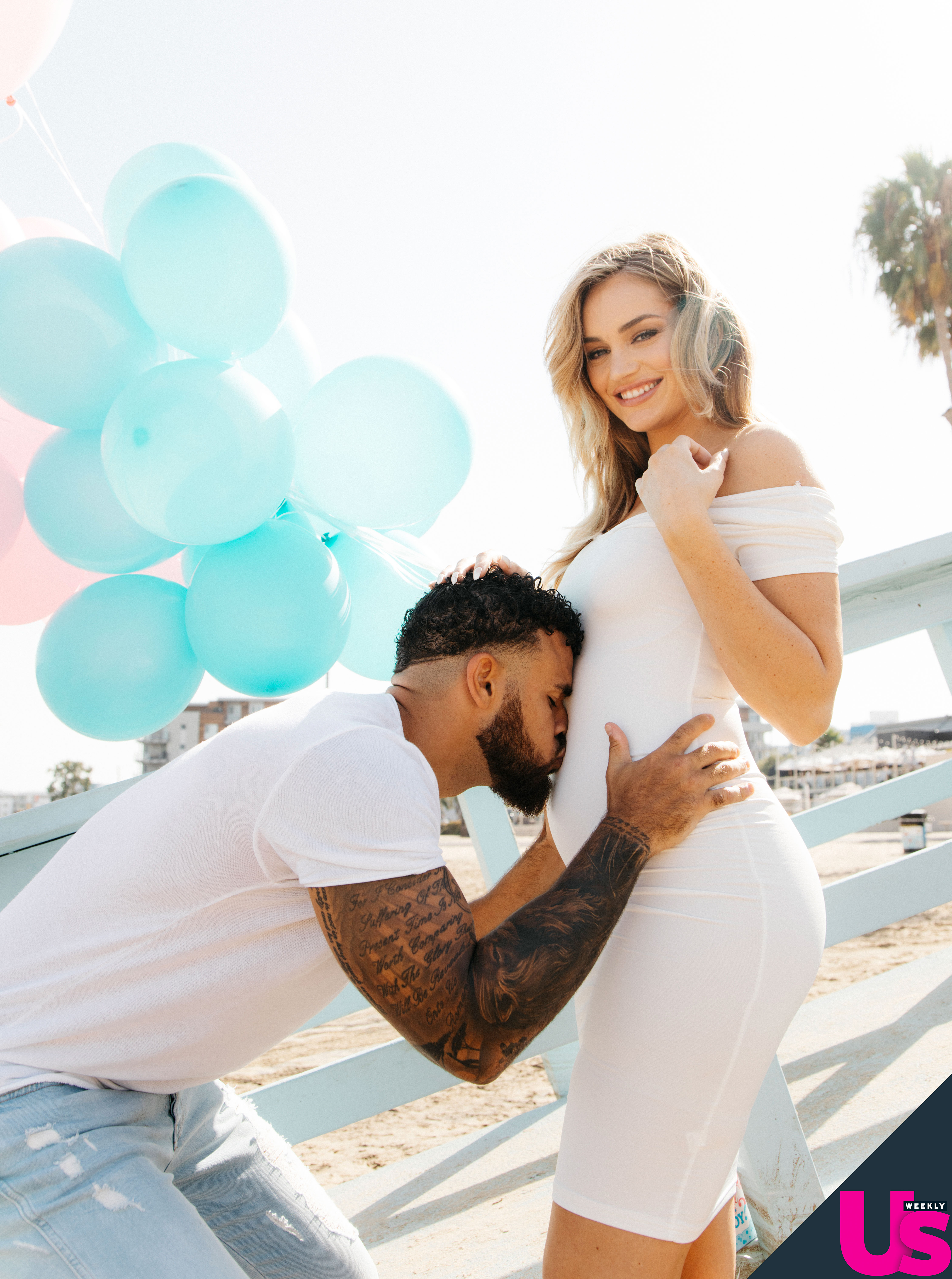 The pair do plan to find out the gender of the baby when the time comes, but for now, he’s hoping for a second daughter. “I just originally thought it was a boy, but now I don’t know,” Selfridge says.”Everybody’s saying girl, so now I just feel like it’s a girl!”

The Real World star and the Are You the One? vet met during season 1 of Ex on the Beach in 2014. They began dating after the show and while they briefly split, they have been together for nearly two years. During that time, they have developed a close relationship with Floyd, as well, especially since the family joined Teen Mom OG in September 2018.

“I went over to Cheyenne’s house and I was dropping Ryder off and I just said, ‘Hey, so Ryder’s going to be a sister!’ There’s no easy way to tell somebody that,” Wharton explains of sharing the news. While Selfridge admits she was nervous Floyd would “freak out,” Wharton actually received the opposite reaction. “I just had to drop the bomb. So I told her, and her sister was there. They were just asking me all the questions, like, ‘Are you OK?’ ‘How’s Taylor doing?’ ‘Does she need a doctor?’ They really were supportive from day one.”

For more from the couple, watch the video above and pick up Us Weekly on newsstands now.