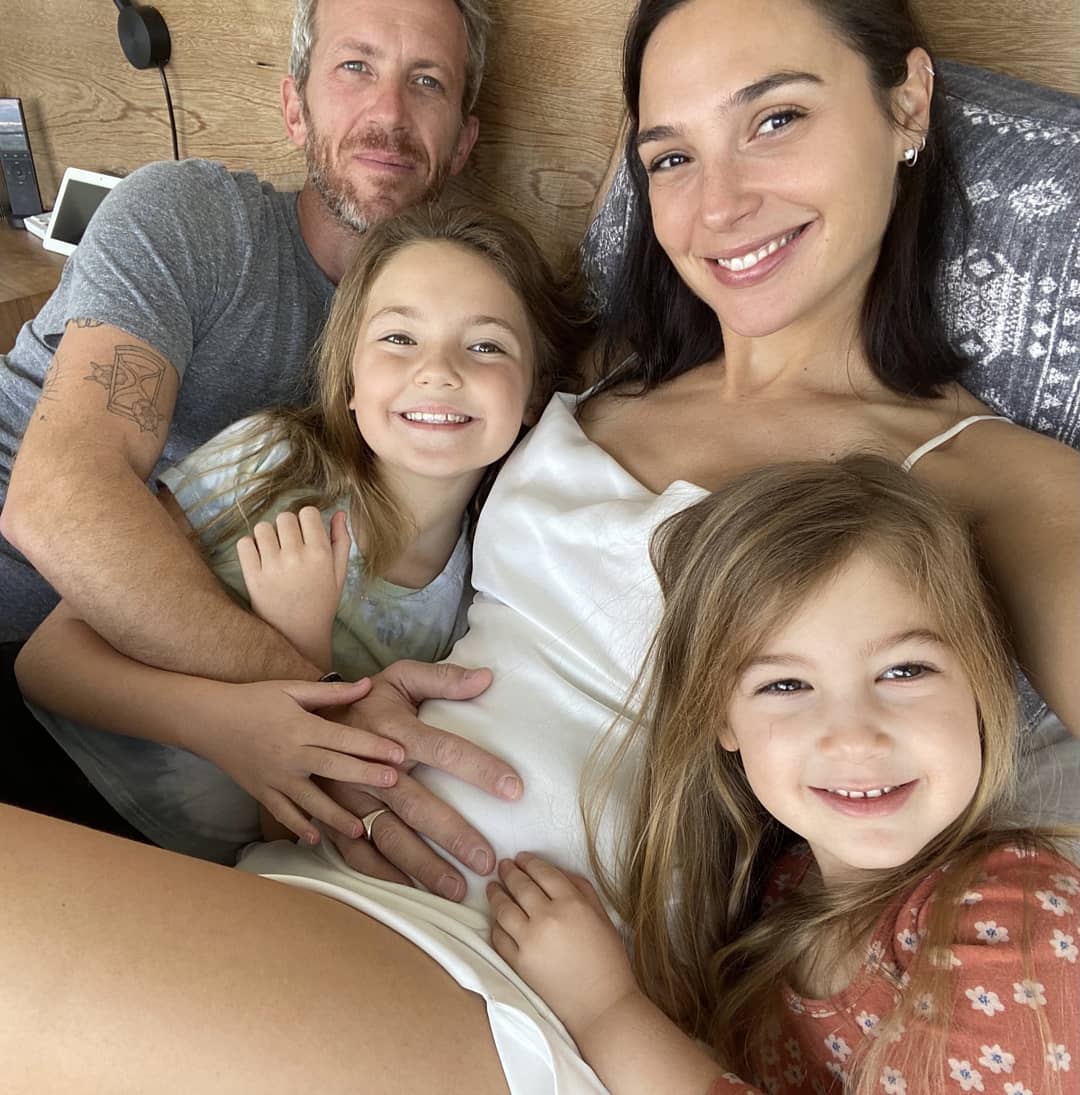 Gal Gadot is going to be a mom of three soon!

The Wonder Woman star, 35, announced her pregnancy on social media Monday. "Here we go again," Gadot captioned a family photo starring her, her husband Jaron Varsano and their daughters: Alma, 9 and Maya, 3.

Her pregnancy announcement comes a day after she presented at the Golden Globe Awards on Sunday.

In December, Gadot proudly raved about her family and how they were incorporated in a special scene in Wonder Woman 1984.

"It meant a lot and especially in that very special scene," she told GoodDay DC's Kevin McCarthy of her husband, whom she wed in 2008, and their daughters in the sequel to the 2017 original film.

"I have two daughters, both of them appeared. My oldest one appeared with Asa, [director] Patty [Jenkins]'s son, and then my youngest one, whom I was pregnant with during the reshoots for Wonder Woman, the first one, was there with my husband," Gadot shared. "To have them captured in the film with me, because they are a part of it, meant a lot, and it's an amazing, amazing souvenir that we will forever cherish."

Gadot previously spoke about the strength she felt when she gave birth to her daughter.

"It's cheesy, but I feel like Wonder Woman when I give birth. When you deliver, you feel like you're a god. Like, 'Oh my God, I made this!' The best thing is to become a mother and to give life," she told news.com.au in May 2017.