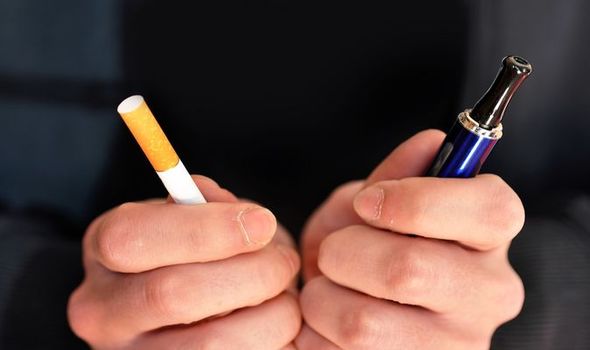 The experts support a paper by leading British anti-tobacco campaigner Clive Bates, former director of anti-smoking campaign group ASH. He believes that as many as eight million people a year could be saved if they were encouraged to switch to safer vaping alternatives. Mr Bates has pointed to evidence that shows e-cigarettes are 95 per cent safer than traditional smoking alternatives, and greatly reduce the risk of cancer and other health problems.

He argues that smokers need to be persuaded to move on to them as a means of weaning them off the habit.

However, the WHO is running an aggressive campaign to get vaping and other forms of e-cigarettes banned.The UN body recently gave the Indian government an award for banning e-cigarettes even though tens of millions of people in that country still smoke more dangerous traditional alternatives.

The issue is set to be raised at an intergovernmental conference that will look at how to bring the number of tobacco-related deaths down. The ninth meeting of the Conference of the Parties of the Framework Convention on Tobacco Control (COP9) will be held online, led by the WHO, from November 8-13.

The British Government is being pushed to make sure its policy of encouraging e-cigarettes as an alternative is promoted at the meeting for others to adopt. The letter drawn up by Mr Bates has six recommendations, starting with a modernised approach to e-cigarettes.

It says: “For hundreds of millions of people who struggle to quit smoking or want to continue to use nicotine, these products represent a significant additional pathway to escape from the deadliest ways to use nicotine.”

The signatories are 100 specialists in nicotine science, policy and practice from around the world.

Mr Bates recently told the Sunday Express: “Millions of lives are on the line.That is not hyperbole.”