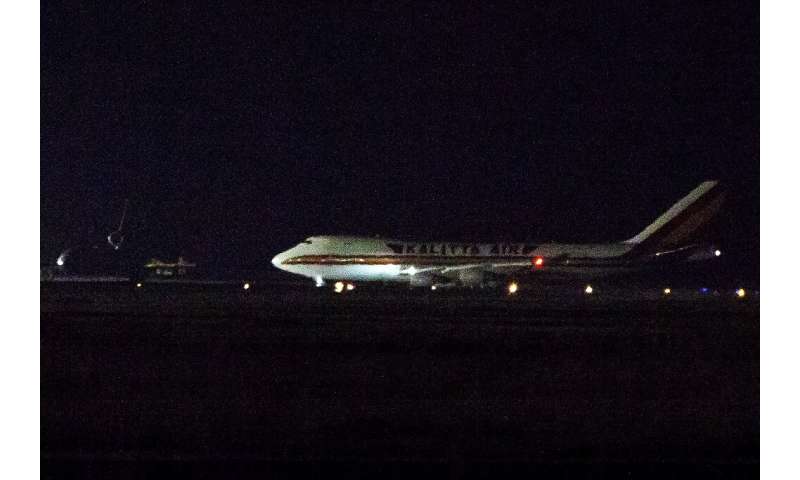 Thirteen US citizens deemed “high risk” for the deadly new coronavirus are being treated at a federally designated facility in the University of Nebraska following their evacuation from a cruise ship in Japan, officials said Monday.

A total of 338 Americans were flown home from the Diamond Princess cruise ship off Japan’s Yokohama, touching down first at Travis Air Force Base in California shortly before midnight Sunday.

“A select number of high risk patients were transported onward from both locations using those same aircraft to Omaha, Nebraska for care at the University of Nebraska,” Health and Human Services official Robert Kadlec told reporters.

Some of these included spouses and it was not clear how many had tested positive for the COVID-19 virus.

Shortly before the flights left Japan, US officials were informed that 14 of the passengers, tested days earlier, had received positive results.

Some patients were also being treated at hospitals near the California.

The medical staff in Nebraska are re-testing the cases for themselves, after those patients were placed in isolated areas of the two planes for the journey home.

“Until we’re done with testing they’ll be self-isolated to their room,” Shelly Schwedhelm, an official at the University of Nebraska Medical Center, said in a separate briefing.

She added that 12 of the patients were in a quarantine unit while one was in a bio-containment facility—one of three selected in the country to care for US citizens evacuated from Africa with the Ebola virus.

Forty other US citizens who had been on the ship and had previously tested positive were being treated in Japanese hospitals and were not allowed to fly.

Beyond those brought out on the latest flights, Walters, the State Department official, added that the government was continuing to track the movements of 60 US nationals still in Japan.

The government is also following 92 US citizens who remain on the Westerdam cruise ship off Cambodia as well as 260 more in hotels in Phnom Penh.

“Roughly 300 American citizens have departed Cambodia but only after testing by the government of Cambodia’s ministry of health,” he added.

Impoverished Cambodia is a staunch Chinese ally with a threadbare medical system.

A US individual in a hospital in Kuala Lumpur is so far the only person to have tested positive for the virus from the Westerdam.