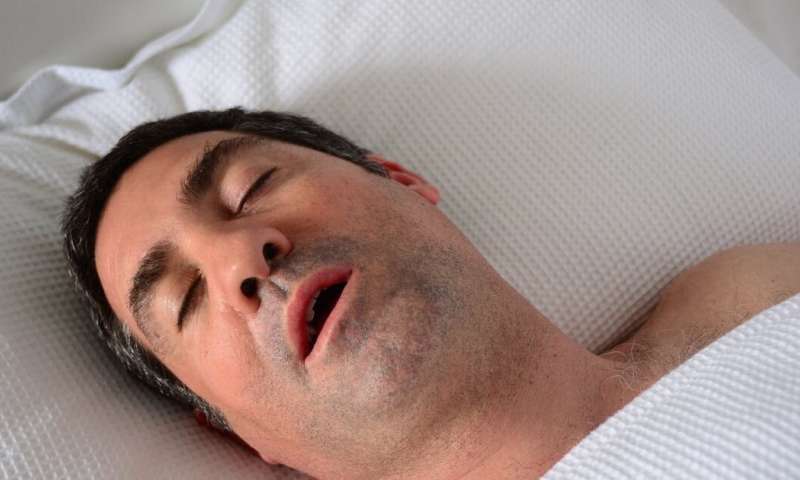 For millions of people who suffer from sleep apnea, getting a good night’s sleep is an elusive dream. Patients with obstructive sleep apnea have blockage of breathing while they sleep, leading to snoring, disruption of sleep and the drowsiness or fatigue that often occur. The ailment also can lead to serious health problems such as high blood pressure and a risk of heart attack or stroke.

Sleep apnea affects about 18 million adults in the U.S.and an estimated 1 billion people worldwide. Many are treated successfully with continuous positive airway pressure (CPAP) machines that allow them to breathe by keeping their airways open.

But about one-third of patients who do not tolerate continuous positive airway pressure machines must look for other options, including surgery or oral appliances. There is a wide range of surgical procedures that open the space for breathing in the throat by removing or repositioning structures such as the soft palate (back of the roof of the mouth) or tongue. Although many patients do well with surgery, the results are far from perfect.

As a sleep surgeon and professor of otolaryngology and head and neck surgery, I have focused on evaluation and surgery for obstructive sleep apnea and snoring. My research has examined why some patients do well and others do not with surgical procedures, and if someone who doesn’t fare well with surgery will also not tolerate other treatments.

A robber of breath, and of health

The dangers of apnea go beyond loss of sleep, although that is so important for those who have sleep apnea and seldom feel rested.

While continuous positive airway pressure machines help thousands of people, many thousands more are not helped by them. Surgery and oral appliances are options in some cases.

Oral appliances, mouthpieces that typically open the space for breathing by holding the lower jaw forward, can work well. But, they do not work at all if a patient is not comfortable sleeping with it. And many are not.

Surgery is an option in this group, but even surgery, which traditionally moves or repositions tissue, has not always helped.

A device that can be surgically implanted to stimulate the tongue has been showing promise since 2011.

The Food and Drug Administration, based on a study showing that the procedure provides a major improvement in sleep apnea in about two-thirds of patients, approved the device in 2014.

Keck is part of a group of centers collecting data from sleep apnea patients treated with this product, called Upper Airway Stimulation, in a study paid for by the company. The Upper Airway Stimulation system is placed inside the body during a surgery. The system works by stimulating the nerve that controls tongue movement to move the tongue forward to open the space for breathing in the throat.

Recently, we examined data from nearly 300 patients, including 80 with previous unsuccessful surgery. The typical measure of success for obstructive sleep apnea surgery has two parts: reducing by at least one-half the degree of sleep apnea and also leaving a patient with no or mild sleep apnea. We measure this by something called the apnea-hypopnea index, or the number of times per hour that breathing is blocked.

Our study showed that there was no clear difference in results for patients with and without previous surgery for obstructive sleep apnea. While physicians have often assumed that patients who do not see good results after one surgery will not do well with other procedures, our study showed that this was not true for the group as a whole.

We also looked at specific types of patients to see if they were doing better or worse than others. We saw a possible decreased chance of success in those who were not obese (body mass index below 29.1 kg/m2). This appeared to be related to the fact that those without previous surgery had such a high likelihood of success (80%-90%), whereas those with previous unsuccessful surgery had the same likelihood as the rest of the patients. Future studies will examine this question with even more patients to check on whether these findings are clearer.