Having a history of physical or sexual abuse could lead to more intense symptoms during menopause, new research suggests.

A recent study published in the journal Menopause investigated whether past trauma impacted people’s experience with menopause later in life. Researchers in Boston analyzed data from more than 680 cisgender women via Project Viva, a cohort enrolled between 1999 and 2002 and followed for nearly 20 years from pregnancy to menopause. They were asked about their physical and psychological menopausal symptoms as well as their general wellbeing, anxiety, and depression.

Among the cohort, 37 percent of respondents said they had experienced past physical abuse. About 8 percent reported a history of sexual abuse. These people were more likely to experience more intense menopausal symptoms, including hot flashes, sleep issues, depression, and sexual dysfunction. They also exhibited worse general health and worse depression.

These findings aren’t a total shocker given what doctors already know about menopause. Smoking and excessive alcohol consumption — which many people use to cope with high levels of stress — have also been shown to worsen symptoms. However, this information is useful for doctors to keep in mind since women are more likely than men to experience physical or sexual violence from an intimate partner at some point in their life.

Although every person with a uterus undergoes menopause, this reproductive phenomenon is historically understudied. Per Mayo Clinic, it is defined as the time after a person stops having their menstrual period for 12 consecutive months. (This transitional period between menstruation and menopause is called perimenopause.) Menopause can occur in your 40s or 50s, but in the United States, the average age of onset is 51. 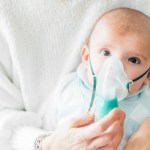 Menopause is associated with a host of uncomfortable symptoms, from the aforementioned hot flashes to vaginal dryness to mood changes. These symptoms are still shrouded in mystery and stigma, but the tide is beginning to turn. It helps that more celebrities are speaking out about their menopause experiences than ever before.

There are treatment options out there to manage severe menopausal symptoms, including hormone therapy, or HT. If you’re suffering, don’t be afraid to consult your primary care provider or gynecologist.

If you or someone you know has been the victim of sexual assault, harassment or violence, you can get help. To speak with someone who is trained to help with these situations, call the National Sexual Assault Hotline at 800.656.HOPE (4673) or chat online at online.rainn.org.

Before you go, check out these affordable and accessible mental health apps we love: