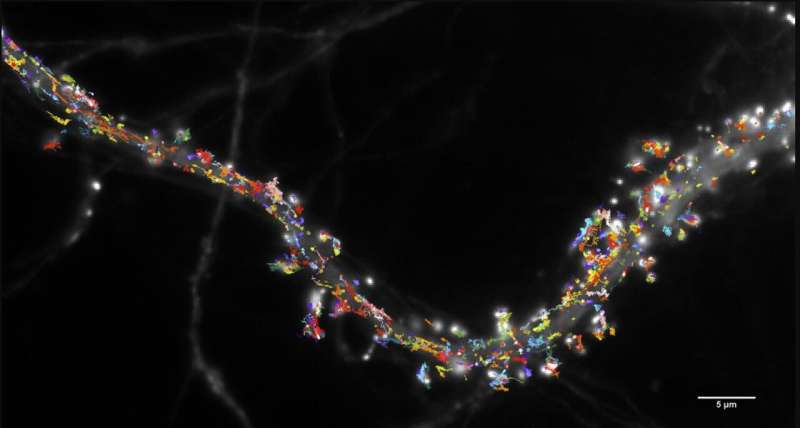 Neurons communicate with each other across synapses, areas of close contact where neurotransmitter molecules released from one neuron act on receptors embedded in the membrane of the opposite neuron. Previous research conducted by the team of Daniel Choquet, researcher at the CNRS and Director of the Interdisciplinary Institute for Neurosciences (CNRS/University of Bordeaux) has discovered that these receptors are not stationary, but instead move constantly in the membrane. The same scientists suggested and indirectly demonstrated that this movement modifies the number of receptors in a synapse at a given time to modulate the effectiveness of synaptic transmission and, as a result, certain types of learning and memory.

Until now, however, it was not possible to observe receptor mobility in situations more natural than neuron cultures. This has now been achieved thanks to the development of a comprehensive toolbox with which scientists have established that this mobility exists in intact brain tissue, and that it is indispensable for certain types of memory, such as the contextual fear memory tested in this study.

This toolbox consists of a new animal model, improved high-resolution imaging technology and techniques for labeling and controlling receptor dynamics. It will allow the study of any region of the brain in addition to the hippocampus, can be transposed to other types of receptors, and will be used by the team to study the possible role of receptor mobility in intellectual disabilities and autism spectrum disorders. 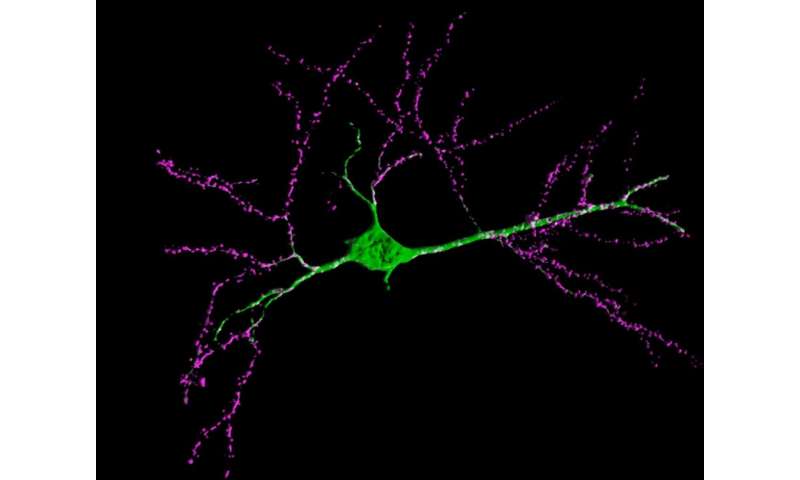