Common medications, such as antibiotics and antidepressants, can drastically affect the gut, a new study says.

Researchers found that certain drugs led to changes in gut bacteria that rose the risk of intestinal infections and obesity.

What’s more, eight different categories of drugs led to an increased risk of antibiotic resistance in the study’s participants. 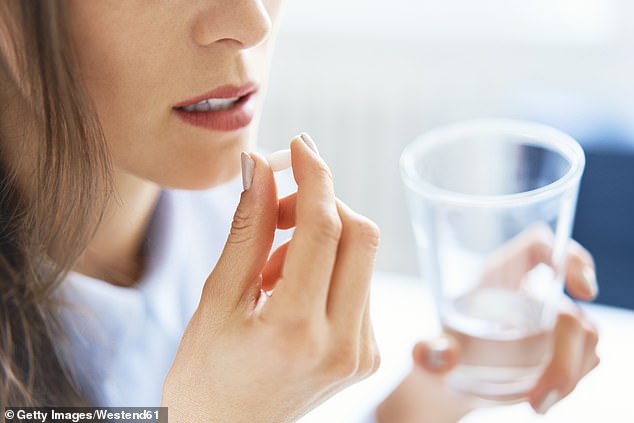 The gut microbiome is the population of bacteria that live inside the intestines, containing at least 1,000 different bacterial species.

Several studies have suggested that changes in gut microbiota can lead to several diseases including obesity, diabetes, and liver diseases.

For the study, whose results were presented on Tuesday at the annual United European Gastroenterology Week in Spain, the team looked at about 2,000 stool samples from both healthy people and those with irritable bowel syndrome and inflammatory bowel disease.

Researchers then compared the guts of drug users with non-drug users, looking at the effects of both single and combined medication use.

They found that 18 out of the 41 common drug categories significantly affected the gut microbiome.

Four categories of drugs were found to have the biggest impact on the microbiome: proton pump inhibitors (PPI), used to treat indigestion; laxatives; antibiotics; and metformin, which is used to treat Type 2 diabetes.

Meanwhile, those on metformin had higher levels of the E. coli bacteria, which can cause severe and deadly infections.

IBS sufferers who were taking antidepressants had high levels of the harmful bacteria Eubacterium ramulus, which can lead to infections.

And people taking oral steroids had high levels of methanogenic bacteria, which has been linked to obesity and an increase in body mass index.

‘Therefore, it is crucial to understand [what] are the consequences of medication use in the gut microbiome.

‘Our work highlights the importance of considering the role of the gut microbiota when designing treatments and also points to new hypotheses that could explain certain side-effects associated with medication use.’