Alex Connolly felt excited and curious as she ran her hands over her abdomen feeling the site of the ovarian tissue graft that she dreams will allow her to become a mum. “It felt like a sci-fi movie where the bugs crawl underneath the skin,” the 34-year-old said.

As technologies to help those whose fertility has been impacted by radiation  treatment improve, she hopes to join the five other Australian women to have had a baby using highly experimental ovarian tissue grafting. 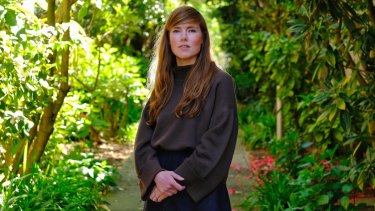 “I feel like it is an amazing intersection between science and magic, and it feels quite special,” says Connolly, who was diagnosed with a large tumour at age 17 and given the option of ovarian tissue retrieval.

As yet, the procedure, by which slivers of salvaged ovarian tissue are placed at one of several sites inside the woman's abdomen, only has a 20-30 per cent pregnancy success rate. But it offers hope.

Deputy head of the Fertility Preservation Service at the Royal Women’s Hospital in Melbourne, Dr Genia Rozen, said putting the ovarian tissue back is complicated. “We put back the tissue either on the ovary or on the side wall close to where the ovary sits or in the abdominal wall close to the laparoscopic port sites.”

The team of which she is a part, from the Royal Women's and Melbourne IVF, were the first in the world to achieve a pregnancy from ovarian tissue grafted outside the ovary in the anterior abdominal wall of a Victorian woman in 2013.

“The technology is still evolving, and we are still learning from sharing experience internationally via organisations such as the International Society for Fertility Preservation,” Dr Rozen says.

For Alex, finding out as a girl that she had a tumour the size of a shoe growing inside her pelvis thrust her from a world of year 12 exams to contemplating her future as a mother. “The doctor said I needed to think about whether I wanted kids. I didn’t give it a second thought,” says Alex, who is now engaged.

At 18, having just finished high school and looking forward to revelling in house parties with her friends, instead of legally being able to enjoy alcohol Alex was taking her hormone nasal spray needed for her IVF treatment out of the fridge.

Attempts to shrink the tumour failed so radiotherapy was recommended. Before starting radiation, she underwent a round of IVF, collecting and freezing six eggs as well as her left ovary as an extra insurance policy. The ovary is stored in thin slices, a few of which at a time are thawed and implanted.

Alex, a leadership coach, said going through fertility treatment under the age of 20 was surreal: “A part of me is glad I was naive. Now I can’t believe I did it as an 18-year-old." After being menopausal since the age of 19, her body is now producing eggs outside an ovary.

Dr Debra Gook, the scientist who helped develop the process for freezing and thawing of the tissue, says freezing multiple cell types is complicated. “It is more complicated than eggs and embryos, which are single cells.

"The success rate of it stimulating hormones depends on the number of follicles in the tissue at the time of freezing, which relates to the patients age. All the patients who have had tissue grafted back have all gone from a menopausal state to having regular cycles,” Dr Gook says.

“It was completely surreal to see the follicles growing. It was magical. It blew my mind that my body would pick up there was tissue and start stimulating hormones," she says. Two embryos were created and transferred following egg retrival from her grafts, sadly neither of those has resulted in a successful pregnancy.

“Being able to offer this for young women around Australia is pretty amazing. Fertility preservation is no longer considered a luxury,” she says.  “After the tissue is grafted back into the body there is a labour-intensive process to go through, but this technology offers realistic chances of having a baby and is an amazing opportunity.”

For Alex, the ordeal has been worth it, even though she has not yet achieved her maternal dream. “We will just keep going. It is financially and physically draining [but] I feel like I have been in training for this my whole life … I feel like I can do this."