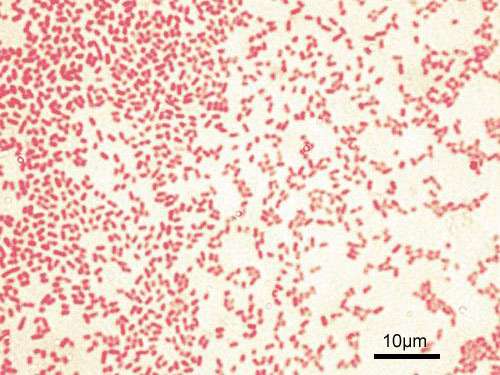 A common bacterial pathogen called Pseudomonas aeruginosa produces a virus that substantially increases the pathogen’s ability to infect us, according to a study by investigators at the Stanford University School of Medicine.

This marks the first time a bacteria-infecting virus, otherwise known as a bacteriophage or just phage, has been observed inducing the immune system to mount an antiviral response and, in doing so, causing it to ignore the bacterial infection. When the scientists generated a vaccine directed at the virus, they showed that it dramatically lowered the bacteria’s ability to infect wounds in mice.

Detailed in a study to be published March 29 in Science, the findings could fuel new ways of preventing chronic, intractable infections by keeping antibiotic-resistant bacteria from getting a foothold in the first place. The discovery that phages foster bacterial infections also adds a previously unexpected layer of complexity to the relationship between us and the billions of bacteria inhabiting our gut and other organs.

Quadrillions of phages in body

“We’ve long known that you’ve got up to 10 quadrillion phages in your body, but we just figured whatever they were doing was strictly between them and your commensal bacteria,” Bollyky said. “Now we know that phages can get inside your cells, too, and make you sick.”

There’s currently no approved vaccine targeting P. aeruginosa, an increasingly drug-resistant pathogen that infects the lungs of most adults with cystic fibrosis and accounts for a sizable percentage of all infections of diabetic ulcers, bedsores and burn wounds.

In 2017, the World Health Association named P. aeruginosa one of the “critical priority” pathogens posing the greatest threat to human health.

“I see this every day in my clinical practice,” Bollyky said. “What starts off as a little cut can’t heal as a result of a persistent, drug-resistant bacterial infection. The toll in terms of sickness, death and dollars is enormous.” Infected diabetic foot ulcers are the single biggest cause of amputation, he said.

To prove Pf actually promotes P. aeruginosa infections rather than merely co-exists with them, the scientists inoculated small wounds in the skin of mice with P. aeruginosa strains that either did or didn’t contain Pf. They observed that the two strains differed greatly in their ability to establish wound infections. The inoculation dose necessary to result in a reliable P. aeruginosa infection was 50 times larger if it lacked Pf.

Next, the scientists looked to see what Pf might be doing to immune cells that could affect P. aeruginosa‘s ability to sustain an infection. In a lab dish, they found that the presence of the phage in P. aeruginosa reduced by 10-fold the number of invading bacteria that were engulfed by either mouse or human phagocytes—immune cells that ingest, then digest, invading bacteria.

Bollyky’s team determined that stretches of the phage’s genomic material trigger molecular detectors in the phagocytes, steering the immune system’s response from an antibacterial to an antiviral one.

When a phagocyte encounters bacteria, the appropriate response is to gobble them up, chew them up and call in more troops. But phagocytes’ response to a virus is different, Bollyky said. “If you’re an immune cell, ingesting a virus is absolutely the worst thing you can do, because now you’ve let it get inside of you—you’re infected by it.”

So it’s only sensible for a phagocyte that comes in contact with a virus to shut down phagocytosis. The appropriate antiviral immune response involves the generation of antibodies to tag virally infected cells and to signal other types of immune cells to home in on and destroy any virus-carrying cell they come across.

What Pf does inside phagocytes, Bollyky said, is like somebody pulling the fire alarm when they should have called the police. “If 20 fire engines pull up to the scene of the crime, it makes it easier for the thief to get away,” he said.

The investigators generated a vaccine containing a component of a Pf protein and noted that it cut the incidence of wounds infected with Pf-positive P. aeruginosa by half. They also generated antibodies that specifically target the same protein component and showed that they worked at least as well as the vaccine.

Bollyky and his colleagues have filed for a patent on intellectual property associated with the vaccine, and they plan to test it in large animals as a step toward eventual clinical trials.

Bollyky’s vision is to vaccinate people against Pf when they’re first diagnosed with cystic fibrosis or diabetes, as well as people in nursing homes and hospitals, in order to protect them from P. aeruginosa infections. Since a vaccine takes time to arouse the immune system, he suggested that Pf-targeting antibodies (which can be produced in bulk and stored for long periods) could be useful in burn cases, when there’s no advance warning.