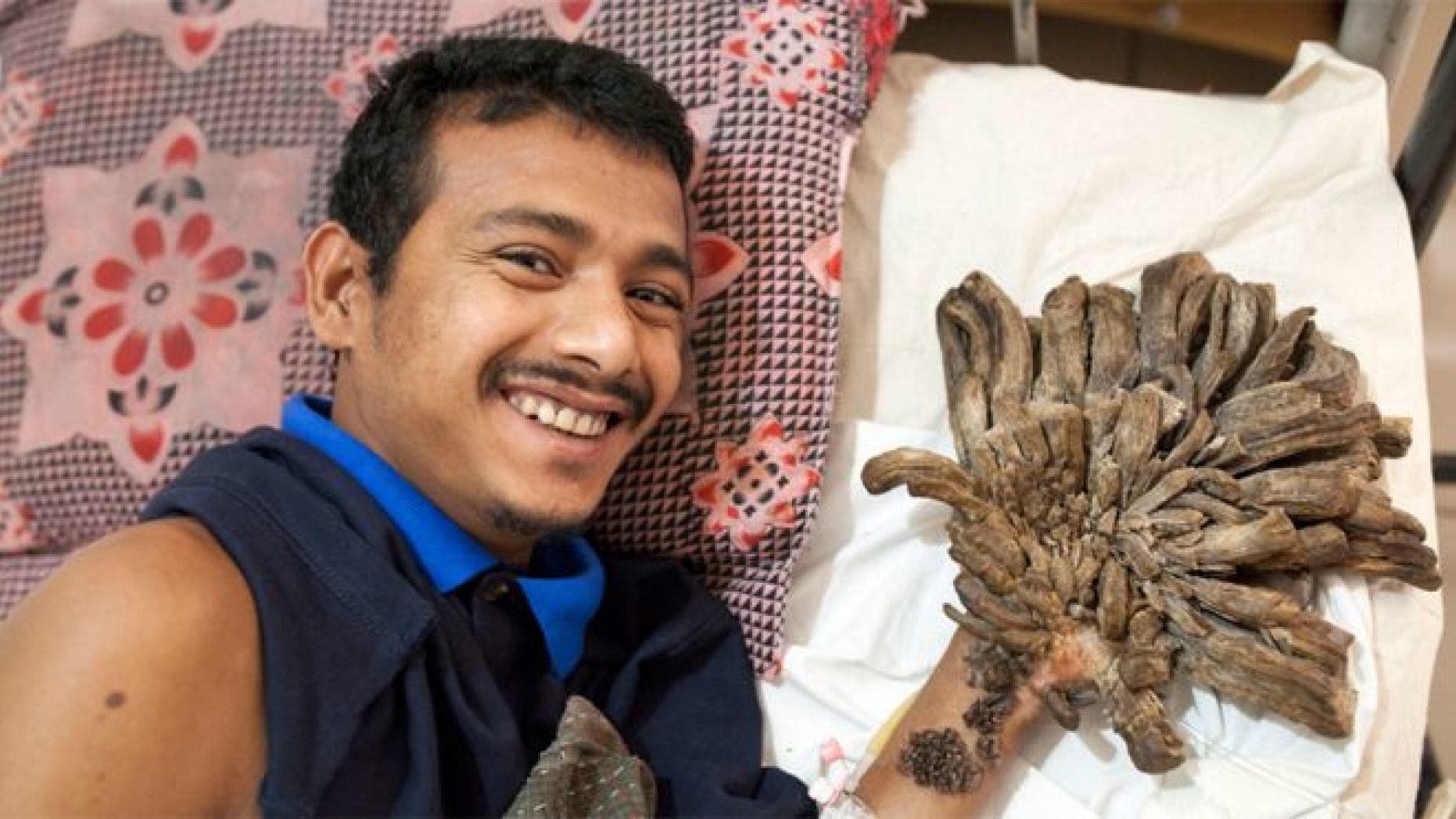 Abul Bajandar, seen in an undated photo, previously made headlines after he had 11 pounds of growths shaved from his hands.
(CEN)

A Bangladeshi man who gained international attention after his rare condition caused massive growths resembling tree bark on his hands is reportedly back in the hospital with symptoms worse than before his initial surgeries. Abul Bajandar, who was diagnosed with epidermodysplasia verruciformis (EV), has reportedly already undergone 25 operations to remove 11 pounds worth of growths.

EV is an inherited genodermatosis that stems from chronic HPV, which causes patients to develop polymorphous cutaneous lesions and leaves them at high risk of developing non-melanoma skin cancer. According to the Genetic and Rare Diseases Information Center (GARD), while the exact number of patients who have EV is unknown, it’s been reported at least 200 times so far.

The condition is incurable, but surgical treatment is an option for some patients.

Bajandar had undergone several surgeries in 2016 after the growths left him unable to eat, drink, work or hold his own daughter. But 28-year-old allegedly skipped appointments with his doctors last year, and the growths have not only returned but allegedly have thickened and spread to his feet and body.

“I made a mistake by leaving the hospital,” Bajandar reportedly said, according to The Sun. “I sought alternative treatment but could not find any. I now understand I should have stayed and continued the treatment.”

Samanta Lal Sen, a plastic surgeon reportedly caring for Bajandar, told The Sun that doctors would ideally resume treatment “soon,” but that they have to start “from the very beginning.”

“We’ll have to conduct more surgeries,” she told the news outlet.