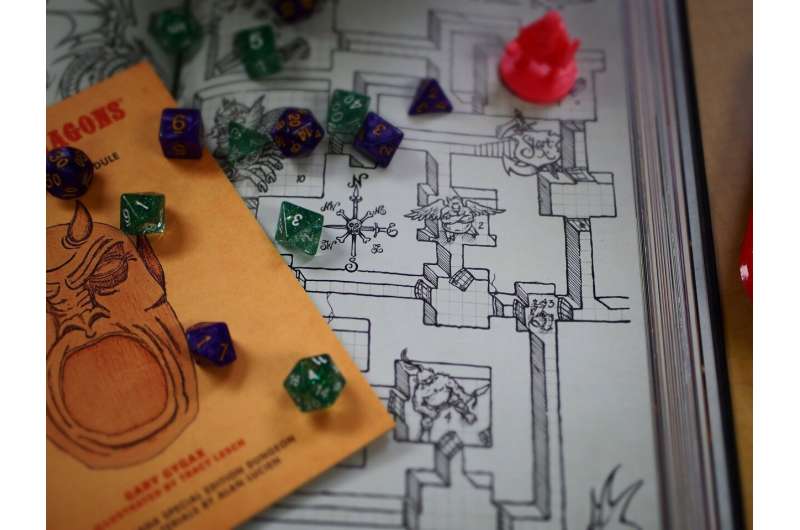 You’re cornered in a dark alley, a robotic werewolf comes at you snapping its jaws. What do you do?

Although robotic werewolves aren’t an everyday situation, they might show up in your therapy session as more counselors use tabletop role-playing games (TTRPGs) for therapy.

“It’s a therapy that doesn’t feel like therapy. It’s a fun way to work with mental health without being uncomfortable or confronting,” says Michael.

Michael started using TTRPGs in his therapy sessions because he found the games get students to open up more.

“I wanted to get into this because … not all kids are ready to sit face to face with a therapist and talk about their problems. They get a little bit daunted,” says Michael.

A bonus to will saves

TTRPGs like Dungeons & Dragons are experiencing a resurgence, with sales jumping by 33% in 2020, despite the global pandemic.

Michael uses TTRPGs aimed at younger children, such as No Thank You, Evil! and Monsterhearts. The quests are then tailored for the individual students in the session.

Michael says No Thank You, Evil! is a slimmed down TTRPG, making it easier for first-timers to get into.

“You create a character with a noun, a verb and an adjective. For example, I am a sneaky ninja who fights werewolves. That’s it, that’s your character creation.”

Michael carefully crafts his campaigns, weaving in elements of various therapies, notably acceptance and commitment therapy (ACT) and dialectical behavioral therapy (DBT). The therapies aim to help people learn how to face their problems and teach skills such as emotional regulation and distress tolerance.

“It’s part of a relatively recent and emerging style of work called therapeutically applied role-playing games. It’s come out of work in the U.S. over the last 9 or 10 years,” says Michael.

While Michael enjoys video games, he feels TTRPGs have an advantage over the digital medium.

“Video games often have very limited outcomes in terms of solutions. The best thing with the TTRPGs is you can put players in a situation and they can create a solution to the problem that you wouldn’t have thought possible.”

So about that robotic werewolf …

Michael admits the students he works with often surprise him, recounting how his students reacted to a robotic werewolf.

“I was expecting them to fight the evil robotic werewolf, but one of the kids ninja’d onto the back and said ‘we found the off switch’.

“I said ‘it’s a killer robot, it doesn’t have an off switch’, and they’re like ‘well, what do you do when you got to do maintenance?’ and I was like ‘OK, you got me’.”