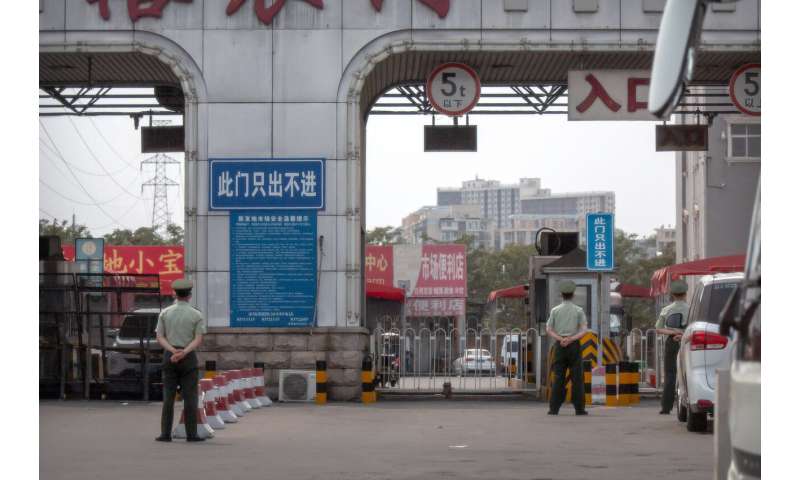 The largest wholesale food market in Beijing was shuttered behind police guard and the surrounding neighborhood locked down Saturday after more than 50 people tested positive for the coronavirus in the Chinese capital.

The outbreak—coming more than 50 days after the last local case in the city of 20 million people—showed how the virus can still come back as restrictions are eased. The city’s swift response reflected China’s emphasis on moving quickly to stem the spread of new cases wherever they appear, a lesson learned from fighting the outbreak earlier.

“The epidemic was already almost over, and then suddenly there’s one or two more new hot spots,” said Jin Zheng, a woman in her 20s walking in central Beijing. “I’m a little scared. I hope everyone avoids going outside too much and wears protective gear.”

Authorities locked down 11 residential communities near the Xinfadi market, about 3 kilometers (2 miles) southeast of the Temple of Heaven tourist site. Police officers could be seen maneuvering white fencing into place to seal off a road leading to a cluster of apartment buildings.

Communist Party members and volunteers were being mobilized to shop for food and other daily necessities for the affected residents, the Beijing News newspaper said in a social media post. It wasn’t immediately clear how many people live in the 11 communities. 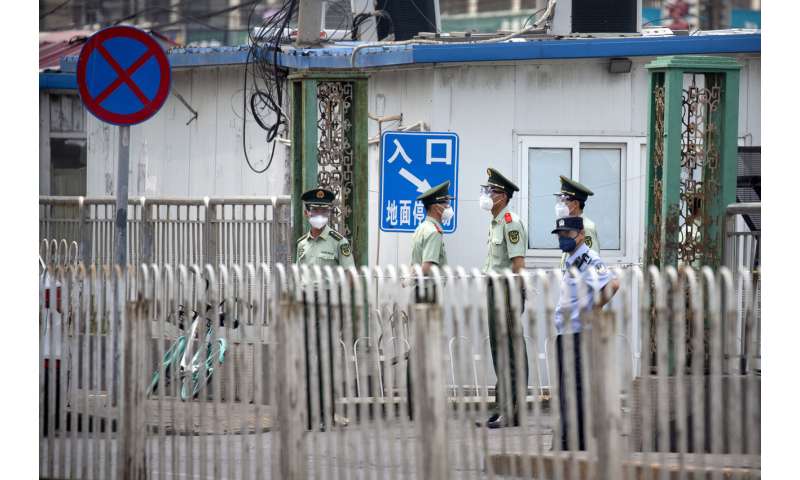 Outside the market, paramilitary police in green uniforms put up vehicle barricades and stood in position at the entrances. Some people were allowed in after showing documents at checkpoints. A red banner reading “We cannot lower our guard when it comes to epidemic prevention and control” hung on a fence.

Beijing officials said 45 workers at the market tested positive for the coronavirus, though they showed no symptoms. That was in addition to seven earlier cases of people with symptoms, including six who had visited or worked at the market. China does not include asymptomatic cases in its official case count.

Inspectors took 1,901 samples from meat, surfaces, dustbins, handles and other objects at the market, and 40 tested positive, the officials said.

The Beijing News, citing the head of the Xinfadi market, said the virus had been found on a chopping board for imported salmon. That led to several major supermarket chains removing salmon from their shelves, another newspaper, the Beijing Youth Daily, reported. 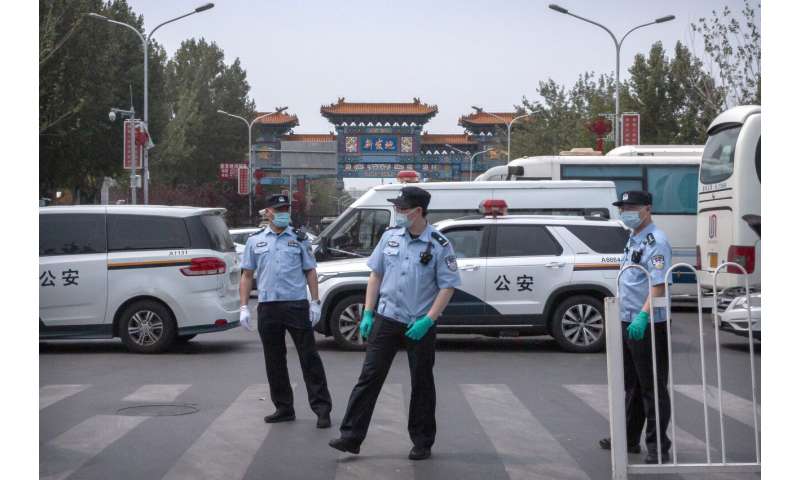 Attention focused on the market after the reports of the first three cases on Thursday and Friday. Two of the infected people had been to the market, and the third worked with one of them at a nearby meat research institute, according to Chinese media reports.

City officials then decided to test all the workers at the market for the coronavirus. They also ordered the testing of food and environmental samples from all the city’s wholesale food markets, and food safety inspections at restaurants and supermarkets.

Beijing, which had gradually been returning to normal, reversed some recent moves to relax coronavirus restrictions.

Plans to reopen primary schools for grades one to three this Monday were shelved, and athletic events have been canceled. One immediate casualty was an orienteering race slated for Saturday, the official Xinhua News Agency said. 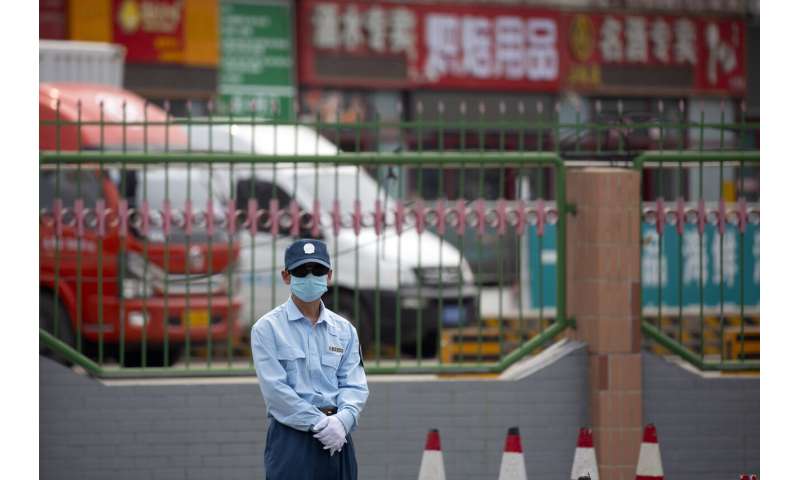 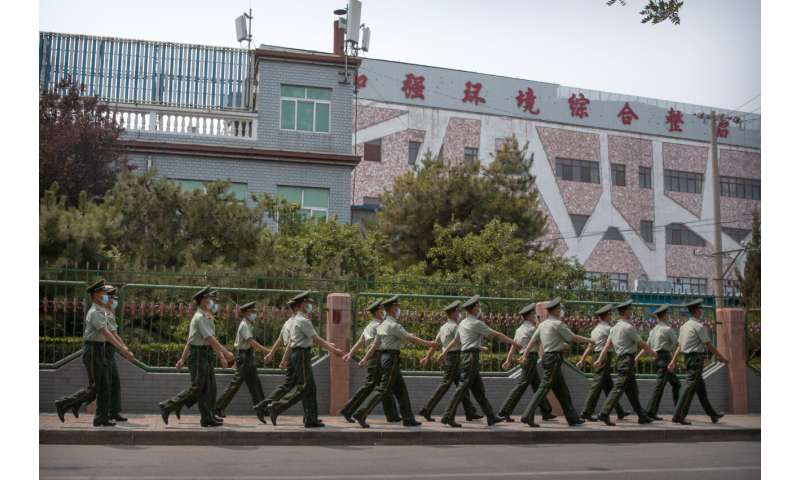 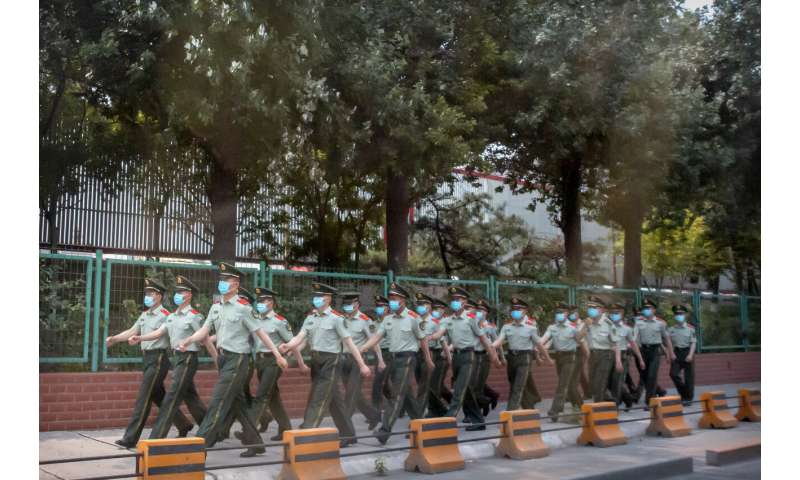 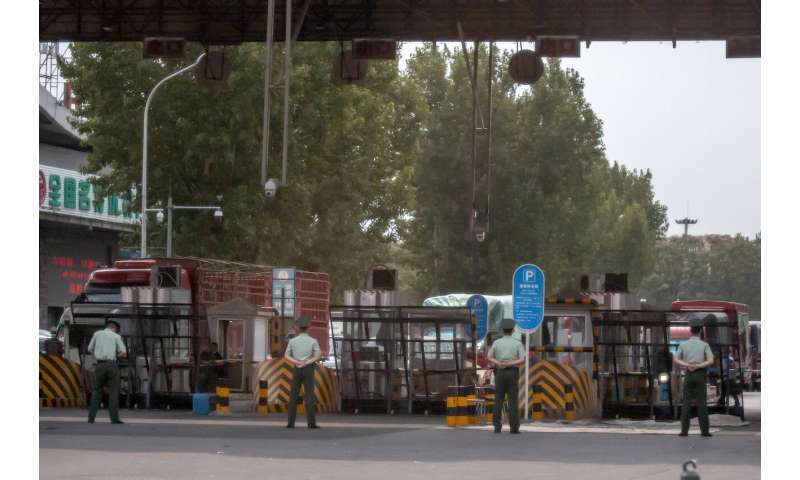 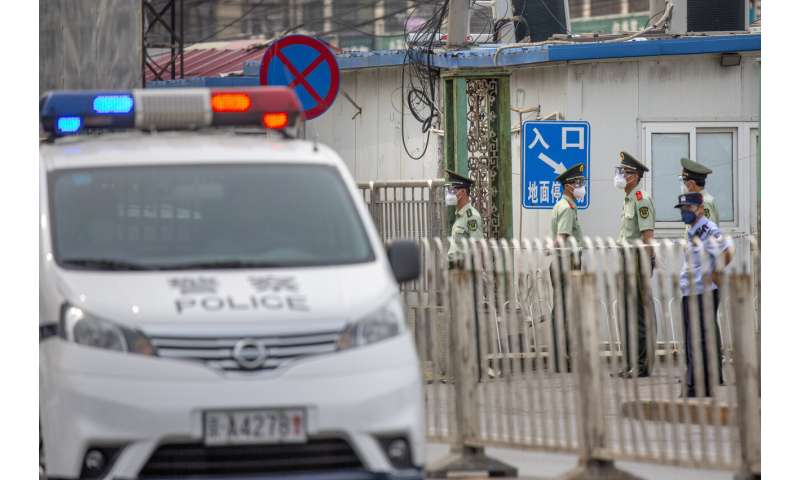 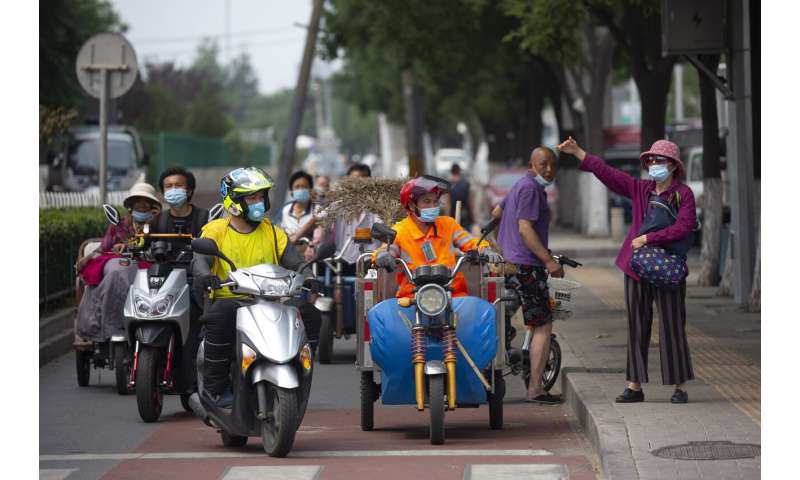 The National Center for the Performing Arts, which had just reopened on June 2, reclosed, according to The Paper, a Chinese media outlet.

Cao Yajiang, who works in finance, said it’s hard to avoid a second outbreak but expressed confidence that authorities could control it.