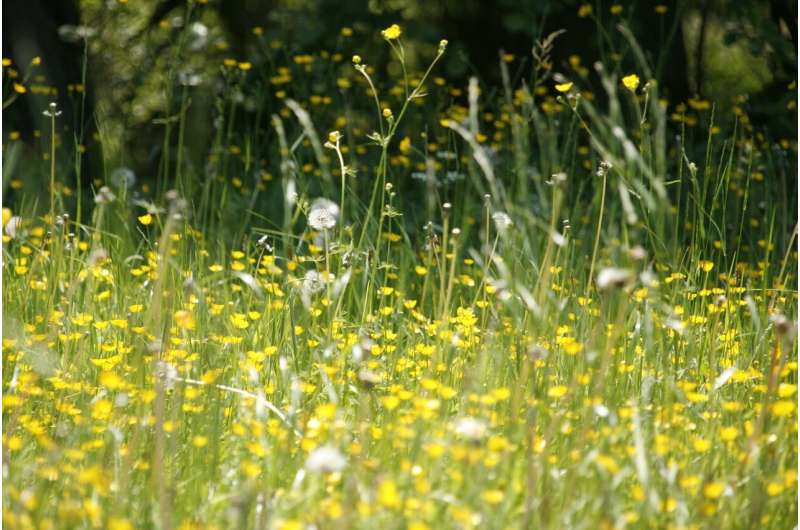 The unpopular guests are already here. Hazel, alder and elm tree pollen sweep in over us during the early spring months, with birch pollen following in May. Then grass follows in June-July before mugwort pollen closes the season in late summer. All leading to more and more people suffering.

Over fifty years, the proportion of young Danes who sneeze, rub itchy eyes or suffer a blocked nose because of pollen has grown from 7-8 per cent in the 1970s to 24 per cent today. And for asthma, the proportion has risen from 4 to 12 per cent during the same period. This is shown by a study of 53,000 Danish blood donors published by researchers from Aarhus University in collaboration with the Blood Bank at Aarhus University Hospital.

The lead author of the study, Susan Mikkelsen, is a Ph.D. student at the Department of Clinical Medicine and a medical specialist in clinical immunology. She points to how the large blood donor study combines questionnaires and blood samples with the possibility of many follow-up studies:

“In the newly published study, 53,000 blood donors from all over the country born in the period from the 1950s and up until the turn of the millennium, completed a questionnaire on a tablet while donating blood,” says Susan Mikkelsen, who works as a medical doctor at tthe Department of Clinical Immunology at Aarhus University Hospital while completing her Ph.D. dissertation.

“The blood from 25,000 of the participants has also been examined for antibodies against nine selected allergens, ranging from different types of pollen to animal hair and dust mites. In medical language, we say that the test participants who react by forming antibodies are ‘sensitized’,” she explains.

The blood samples show that the proportion of sensitized donors increases with the number of allergic disorders. For example, the researchers can see that ninety per cent of those who indicate that they have both asthma and allergic reactions in the nose and eyes, form antibodies.

On the other hand, the proportion of sensitized is only half as large for donors who grew up on a farm with animals, where they are exposed to a range of bacteria, fungi and pollen that might be protective against hypersensitivity.

Susan Mikkelsen also points out that the newly published study, which has been published in Clinical and Translational Allergy, is a so-called conservative research result which cannot be accused of exaggerating the problem—it most likely downplays it. The blood donors are in fact not representative random sample of the Danish population, as they are healthier, in particular the oldest blood donors, due to the requirement that a donor must be ‘healthy’ to give blood.

“For us, this means that the severe asthmatics aren’t included when we calculate the proportion of allergy sufferers, because they simply aren’t allowed to give blood. When every fifth blood donor nevertheless ticks the box as allergic and every tenth as asthmatic, this of course tells something about how hay fever and asthma are today very common diseases,” says Susan Mikkelsen.

The latter is co-author Torben Sigsgaard’s area of expertise. He is professor at the Department of Public Health and acknowledges that we in the Western world are becoming increasingly allergic. This was demonstrated already 15 years ago, for example in the Danish “Glostrup”‘ studies and the European Respiratory studies.

“Nevertheless, the current study contributes with important knowledge. The study shows, for example, that there is probably some way to go until we in Denmark reach the ceiling for how many people can become allergy sufferers, as the curve doesn’t appear to be flattening out as we’ve seen it do in Switzerland, for example,” says Torben Sigsgaard with reference to a theory that there is a maximum limit for how many people in a particular population group will, under the wrong circumstances, develop allergies. The theory is that the Swiss have now reached this maximum, but the specifics remain unclear. Torben Sigsgaard also points out that hay fever and asthma can be severe disorders—even though they are relatively common in Denmark.

“For some young sufferers, hay fever means that they have trouble completing exams, because the pollen season coincides with summer exams. We also know that some people completely opt out of social activities when the allergy is worst, because they think it’s too disgusting and inconvenient to have their eyes and nose constantly running,” says Torben Sigsgaard, who has many years of experience in the research field.

He emphasizes that the large biobank with blood samples allows researchers to continue working with genetic analyses or studies connected to air pollution.

“The uniqueness of the study is that we can examine the participants’ blood for biomarkers and genetic markers and compare the findings with environmental impacts, follow-up questionnaire surveys and the Danish registers. This makes it possible to look at the significance of genetic-environmental interaction on allergy and sensitisation. In addition, the repeated blood samples from each participant make it possible to study the immune system before symptom onset in participants with newly developed allergic symptoms,” says Susan Mikkelsen.