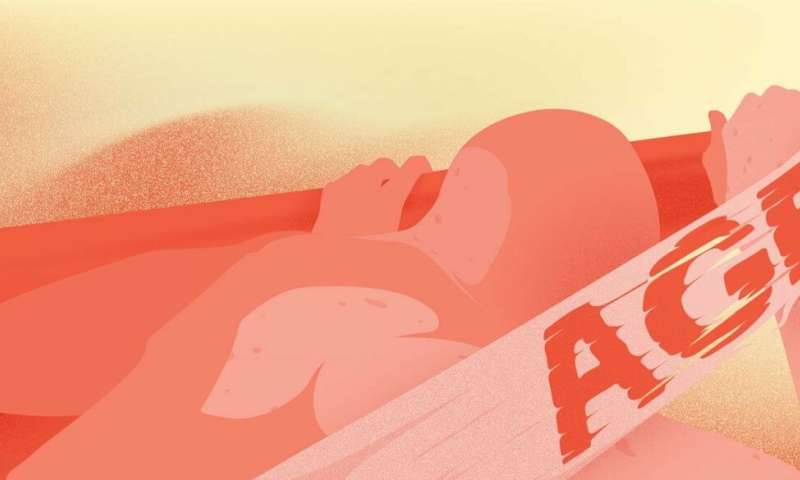 Biologist Aleksey Belikov from the Moscow Institute of Physics and Technology has proposed that rapid progression of age-related diseases may result from the formation of so-called vicious cycles. An example of this is when toxic products of a biochemical reaction trigger that same reaction to happen again. The study, published in the January issue of Ageing Research Reviews, highlights the most promising options for age-related disease treatment that focus on interrupting vicious cycles.

Statistical data indicate that the mortality rates due to all major age-related diseases increase exponentially with age. The MIPT researcher hypothesized that the reason behind this self-aggravating disease progression is the indefinite repetition of reaction cycles, which increases the harm from the initially noncritical changes in the body many-fold. It is these cycles that prospective therapies might address.

“Age-related diseases in humans are nearly impossible to prevent, though the search for so-called geroprotectors continues,” said the paper’s author Aleksey Belikov, who holds a doctorate in natural sciences and is a researcher at MIPT’s Laboratory of Innovative Medicine. “The therapies that are being developed now aim to prevent disease progression.”

“Investigating the mechanisms behind age-related disease progression, one concludes that by the time the disease has been diagnosed, it is too late to address the triggering factors,” the biologist explained. “Apparently the most effective strategy is to interrupt the known vicious cycles by blocking certain stages in them. Drugs doing just that are already being developed.”

In his study, Belikov examined the mortality rates of patients with five most widespread diseases that tend to affect elderly people more often, leading these diseases to be widely regarded as age-related: atherosclerosis, hypertension, diabetes, Alzheimer’s and Parkinson’s diseases. Mortality statistics are the most powerful and least biased tool for studying diseases, since they account for the natural progression of a disease under various life conditions across a large population.

Exponential, or geometric, growth is observed in nuclear reactions, water freezing, bacterial growth, avalanches, and other phenomena. To use the example of bacteria, one might imagine a bacterium in a test tube that divides once every second, and its offspring divide once every second, etc. Say it takes the bacteria four hours to fill up the entire test tube. The tube will be half-full just one second before the end of the experiment, yet four seconds earlier it’s just over 3 percent full. That is, the growth rate accelerates rapidly.

A detailed analysis of age-related diseases revealed that they progress exponentially due to reactions on the molecular or cellular level producing pathogenic products which in turn initiate the very reactions that produced them. That way the harmful products quickly multiply, and the disease progresses at an ever increasing rate, like an avalanche.

The MIPT researcher investigated the mechanisms of each of the five age-related diseases in the study, identifying the molecular and cellular reactions that result in vicious cycles. He noted that even substances or factors which do not in themselves pose any critical health risks might nevertheless initiate a vicious cycle of reactions. As a result, the amount and impact of the cycle’s toxic component is amplified uncontrollably. This means that a lethal effect might stem from an initially noncritical amount of a harmless substance.

For example, nerve cells in the brain contain a small amount of a protein called alpha synuclein, which is involved in nerve impulse transmission. It may happen that the gene encoding alpha synuclein is mutated, duplicated, or triplicated in a genome. This leads to multiple protein molecules sticking to one another, forming so-called toxic oligomers, which then grow in size by attaching other alpha synuclein molecules. This process produces fibrils, which from time to time break up into oligomers, each of which eventually grows into a new fibril, etc. This chain reaction causes the number of toxic alpha synuclein oligomers to grow exponentially, forestalling the exponential growth of the mortality rate due to Parkinson’s disease with patient age. While it is almost impossible to eliminate the oligomers that have already formed, their further growth might be prevented pharmacologically, halting the progression of the disease.