Lovell worked as an ultrasound technologist at the local Audrain Community Hospital, in Mexico, Missouri, and was paying more than $400 a month for health insurance through her job. The town’s struggling hospital, the sole health care provider and major employer, had changed ownership in recent years, selling in March 2021 to Noble Health, a private equity-backed startup whose managers had never run a hospital.

One year later, facing staggering debt and a pile of lawsuits, Noble closed the hospital and another one it owned in neighboring Callaway County. It is now the focus of at least two federal investigations.

As the hospitals collapsed, Lovell and the facilities’ doctors, nurses, and patients saw evidence that the new owners were skimping on services — failing to pay for and stock surgical supplies and drugs. For example, in Callaway, state inspectors deemed conditions in the hospital to be endangering patients. What was less apparent, former workers said, was that Noble had also stopped paying for employee health, dental, vision, and life insurance benefits. They were unknowingly uninsured.

Lovell and others said they realized — after comparing notes about canceled dental appointments, out-of-pocket costs for glasses, and surprise bills — that Noble had taken money from their paychecks for benefits but failed to pay for coverage.

Lovell took time off to care for her husband in June 2021 and requested full-time leave in August. She retired Dec. 31, 2021, but paid Noble for insurance until March 2022.

The U.S. Department of Labor’s Employee Benefits Security Administration, after receiving complaints from Lovell and other employees about surprise medical bills and the loss of life insurance benefits, launched an investigation in early March, according to a DOL letter sent to the company and obtained by KHN. Scott Allen, an agency spokesperson, declined to comment or confirm the investigation.

The agency confirmed a second investigation by a different division, Wage and Hour, into Noble’s management of its Audrain hospital and clinic. DOL spokesperson Edwin Nieves did not offer details because “it could jeopardize an investigation.” The inquiries could take more than a year and could result in penalties and payment of back benefits and wages, as required by federal law. The cases could also be referred to the U.S. Justice Department for criminal inquiries.

Noble closed the hospitals in late March, citing on social media “a technology issue” and a need to “restructure their operations.” Interviews with former employees and a KHN review of Noble documents and internal communications offer a portrait of a business in a free fall. Employees were shorted their pay and benefits. Vendors sued over more than $4 million in unpaid bills, lawsuits show. And as its crisis deepened, Noble borrowed nearly $10 million in risky loans with interest rates from 25% to 50%, according to former employees with knowledge of the company’s finances.

No Noble executive responded to requests for interviews or to specific questions. 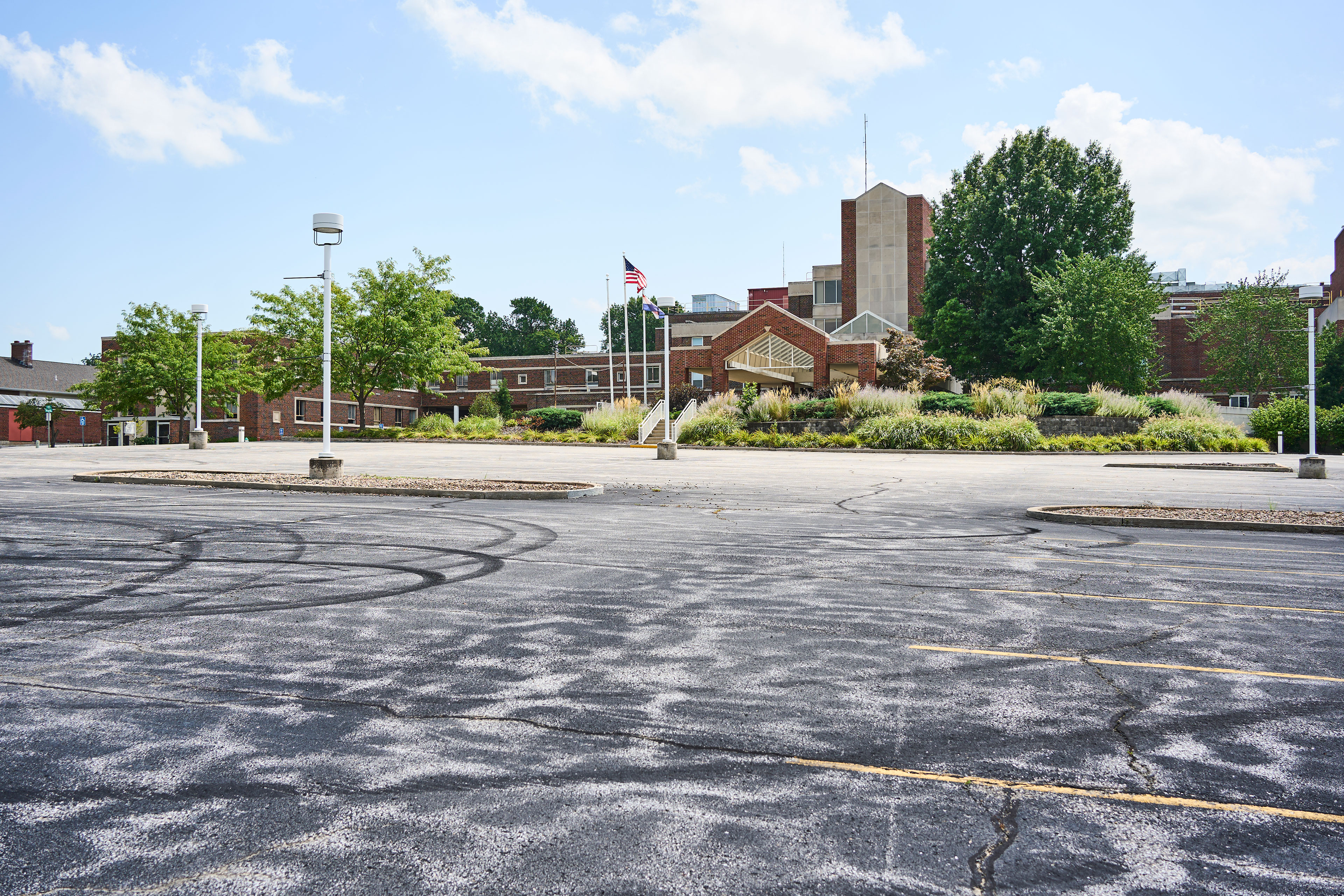 Why Noble was in such dire straits is unclear: The company, which acquired both hospitals during the pandemic, accepted nearly $20 million in federal covid-19 relief funds, including $4.8 million from paycheck protection programs, according to public records.

On April 20, Noble sold both hospitals — for $2 — to Texas-based Platinum Neighbors, which assumed all liabilities, according to the sales agreement. The day before, Platinum Health Systems President Cory Countryman, in a sharp blue suit, promised to do right by employees as they gathered in the Audrain hospital cafeteria, most wearing jeans and sneakers, according to a video shared with KHN.

“Several things are going to be on the priority list for us. Get everybody paid up to where they should be. That’s you guys,” Countryman said. He also said the company would reopen the hospitals. Months later, neither has happened.

Countryman did not respond to a reporter’s questions for this article.

Amy O’Brien, chief executive of the Audrain hospital, said “the doctors and staff are hanging in here with us and really fighting for the community and the patients they serve.” Platinum hopes to open Audrain in September, O’Brien said. She declined to comment on Callaway.

Rural hospital closures are not unusual — 140 have failed nationwide since 2010. Most often, they slowly fade away because payments for the typical patient base — people who are uninsured or covered by low-paying government programs — can no longer sustain modern care.

But Lovell said Noble’s methods felt particularly “evil.” At 64 years old, she lost her husband and left her job. Now Lovell fears the unpaid medical bills will jeopardize her financial security: “I can’t believe they would do this to human beings.” 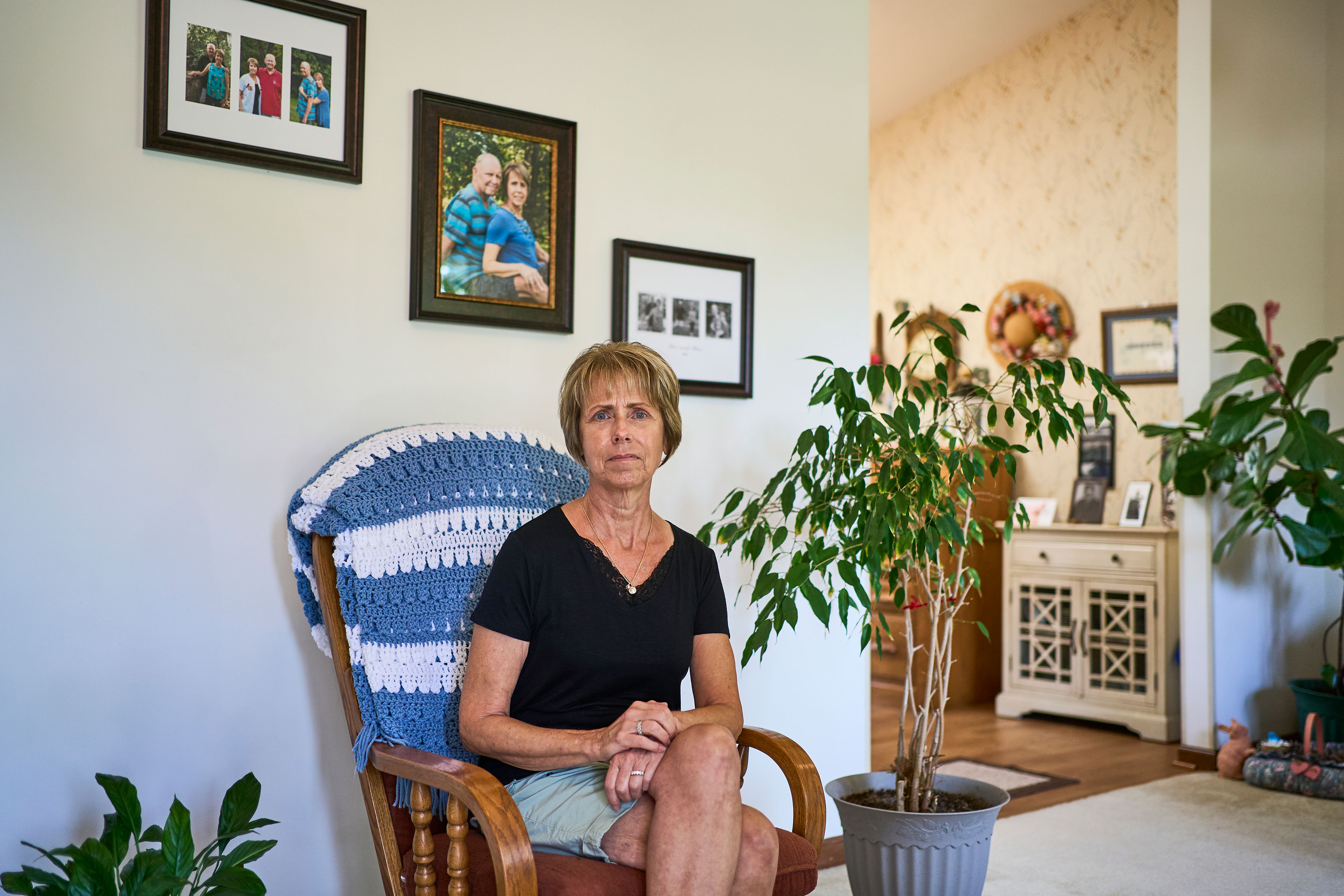 ‘Where Did All the Money Go?’

Noble’s finances were buckling by the time Lovell and others said they realized they were uninsured.

Noble was launched in late 2019 by venture capital and private-equity firm Nueterra Capital. Nueterra bought the Callaway County hospital in 2014 before handing over management to Noble in December 2019. Noble later bought Callaway Community Hospital and then Audrain. Nueterra and Noble shared office space in Leawood, a suburb south of Kansas City, Kansas, according to former employees and public records.

A Missouri state filing lists Noble’s directors as Nueterra Chairman Daniel Tasset and Donald R. Peterson. Its executives included Tom Carter and, eventually, William A. “Drew” Solomon. In a March email to KHN, Peterson said they created the company to “save a rural hospital that was about to close.”

Tasset didn’t respond to requests for comment, and Peterson said he was unavailable for an interview.

Although the Centers for Medicare & Medicaid Services vets such purchases, these seemed less-than-ideal buyers: None had experience running a hospital, and Peterson had been accused of Medicare fraud. Peterson settled that case without admitting wrongdoing and agreed to be excluded for five years from Medicare, Medicaid, and all other federal health care programs, according to the U.S. Health and Human Services Department’s Office of Inspector General.

More than a dozen lawsuits were filed in Missouri courts alleging that Noble owed money to vendors and contractors that provided services including nursing, landscaping, food, and covid testing. In nearly half, judgments have been entered against Noble, many of them for “failing to appear.”

Shortly after Noble took over the Audrain hospital, Kristy Melton, the facility’s blood bank supervisor, received an email from its blood supplier saying it hadn’t been paid for several months. Patient care deteriorated: The Callaway hospital was considered so “at risk” that state health department inspectors removed its patients.

Melton, 63, had worked at the Audrain hospital for nearly 25 years. As of July, neither Noble nor Platinum had fully paid her wages, she said. Melton and others are relying on unemployment benefits, she said, adding that hers are set to end in September. 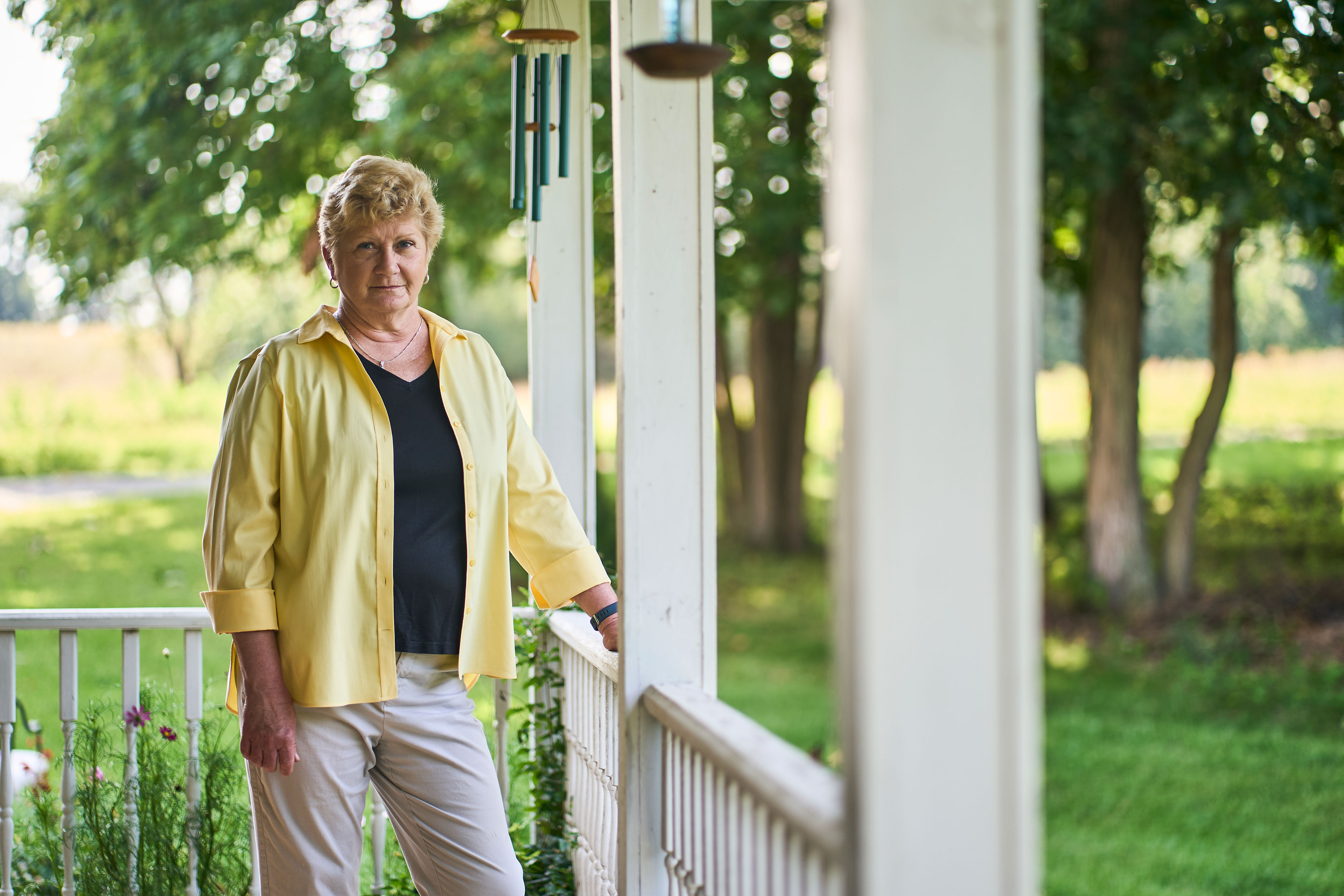 In late June, Platinum requested that Missouri officials extend a deadline to reopen the hospitals to September.

Whether Platinum, a private company, realized the extent of the liabilities, or debt, it accepted when purchasing Noble is unclear.

One former high-level Noble employee, who spoke on the condition of anonymity because of fear of litigation, estimated that Noble’s debt totaled $45 million to $50 million, including what was owed to vendors and on more than a dozen high-interest loans from multiple lenders.

Noble acquired its first high-interest loan in August 2021, the employee said, and received the final one — at 48% interest — the month before the hospitals closed.

“Where did all the money go for the taxes and benefits?” the employee said in an interview. “I’d get a forensic auditor in there.”

One lender, Itria Ventures, which offers financing to businesses, is a subsidiary of Biz2Credit, a New York-based online lender. In a lawsuit filed in April, Itria alleges that Noble failed to pay on three loans it took out in January 2022.

Itria’s agreements work much the same way as payday loans do: Noble borrowed nearly $2 million, with interest rates of 25%, promising to pay it off within seven months. Itria expected weekly installments of $67,000. Noble stopped paying in early March, according to the lawsuit. Noble has not responded to Itria’s claims, but court records show it has asked for more time to do so. 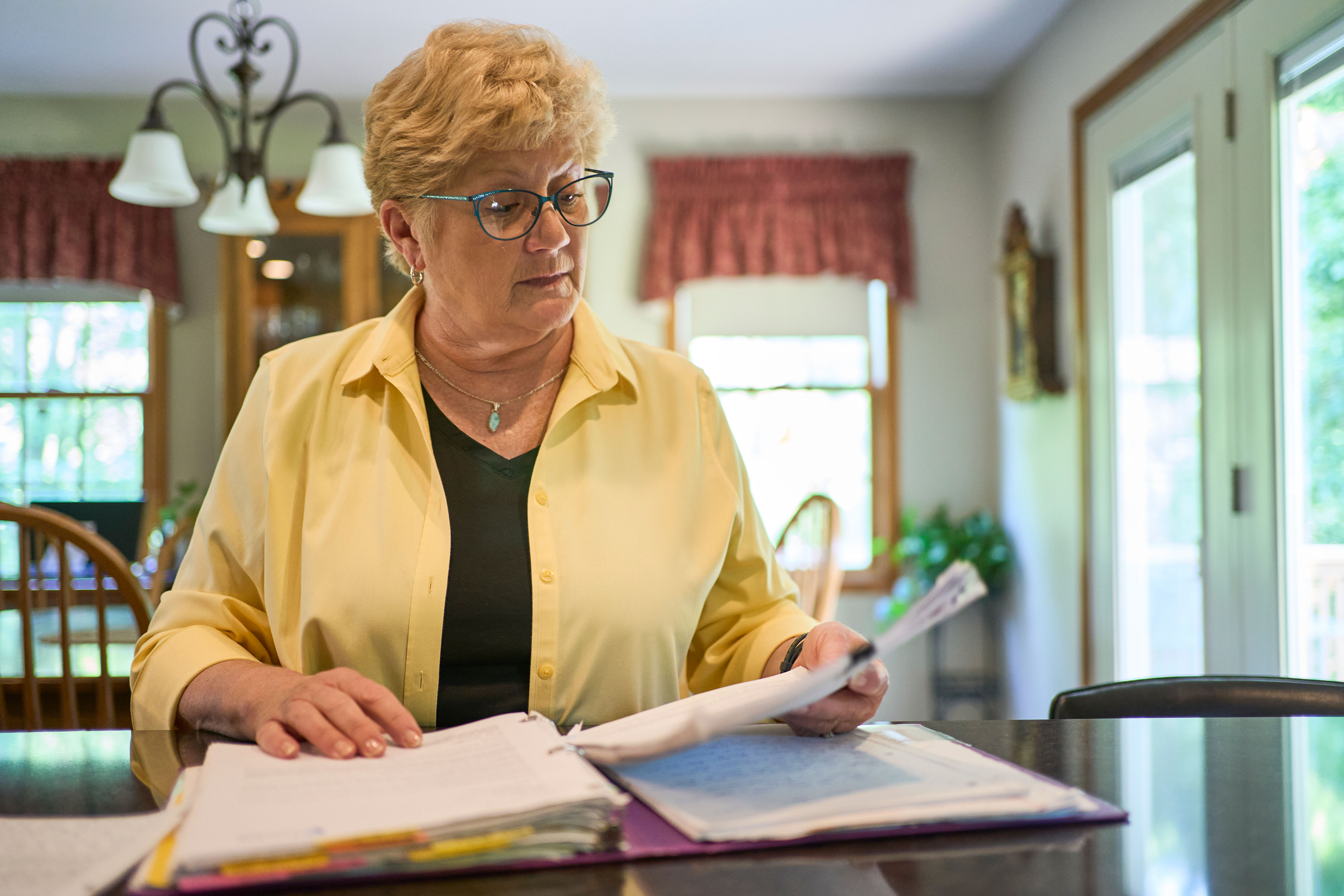 ‘I Didn’t Have Real Insurance’

In early April, Noble Health emailed employees, saying “we can’t tell you how sorry we are that you’re in this situation” and assuring them that their medical, dental, and vision coverage would remain in place “at least through April 30, 2022.”

By then, hospital workers knew better. Radiology technician Jana Wolthuis had taken screenshots showing that her dental and vision coverage was “terminated as of 1/31/2022.” Later, the insurer would ask Wolthuis to help claw back $240.40 it “overpaid” the dentist.

The blood bank’s Melton was calling the insurer before every appointment. She had already paid more than $1,400 for dental bills that weren’t covered. “I was extremely gun-shy,” she said, noting that she had an insurance card but “I didn’t have real insurance.”

In March 2022, the Health Cooperative of Missouri, which had been hired in January as Noble’s insurance broker, detailed the missing payments to Noble’s leadership team in a presentation. As of March 16, Noble owed more than $307,000 in outstanding premiums to Principal, Humana, HealthEZ, and the Hartford.

“Over the past 11 weeks all of the employee benefits plans have been terminated or have had potential termination for lack of payment,” the presentation deck stated, adding that Noble was the broker’s only client that did not have an automatic electronic withdrawal.

This had come up earlier, too. In 2021, Meritain administered Noble’s self-insured benefits plan, which meant it was paid a fee to process claims for hospital employees’ medical, dental, and vision insurance. Noble was supposed to pay the fee and fund the plan.

Peterson, Noble’s executive chairman, had not approved the automatic bank withdrawals for Meritain’s administration fees, according to a Noble email shared with KHN. When sent forms to set up electronic withdrawals, the email shows, Peterson passed the message on to others, writing: “I hope you guys are handling this. — Don.”

The email showed Meritain could not access funds to pay its fees for Audrain hospital since Noble bought it in March 2021. Callaway fees had not been paid in July and August 2021.

Noble’s Meritain account appears to be a focus of the Labor Department’s employee benefit investigation, according to the March 2 letter sent to Solomon. Federal investigator Casey Branning requested documents and interviews with Noble leaders and indicated the agency would examine the Noble People Employee Benefit Plan, the company’s human resource subsidiary. Solomon could not be reached for comment.

The investigator’s eight-page letter asked for agreements, payroll records, and more. One bulleted item: copies of payments to Meritain. Another was for “any and all correspondence with employees regarding the Plan and any failure to fund claims.”

Tara Lovell’s husband, Donald, the cancer patient, was not the only former employee or family member to suffer:

The family of Michael Batty, 63, a hospital janitor who had an aortic aneurysm at work in January 2022, said they had no idea his life insurance had been terminated for nonpayment. His daughter, Stephanie Hinnah, was the beneficiary of the policy — with an expected payout of $60,000. She was initially told she wouldn’t get a cent because the policy had lapsed before her father’s death.

Hinnah, who endured months of stress, said her father would not have wanted to leave his daughter in debt. Unfortunately, she said, “my dad doesn’t really have a voice to speak about it.”

To pay for her father’s cremation, Hinnah raised $700 by selling Batty’s belongings in a garage sale. She said she owed the funeral home about $8,000. She filed an appeal to the Hartford, and months passed. In late July, after KHN contacted the Hartford, a spokesperson, Suzanne Barlyn, told KHN that “after further review” the insurer would pay the benefits.