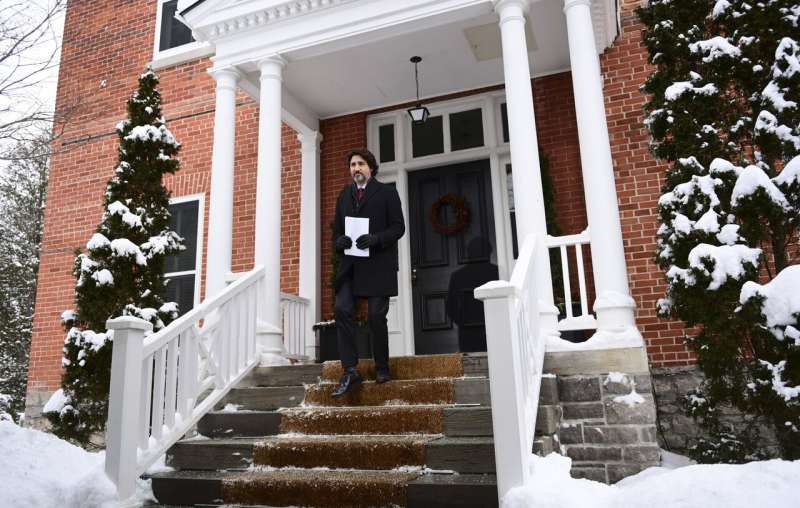 Prime Minister Justin Trudeau warned Friday his government could impose stricter restrictions on travelers at any moment in response to new, likely more contagious variants of the coronavirus—possibly making it mandatory to quarantine in a hotel at their own expense when they arrive in Canada.

Trudeau said at a news conference that such measures could be imposed suddenly and bluntly warned against nonessential trips abroad.

“No one should be taking a vacation abroad right now. If you’ve still got one planned, cancel it. And don’t book a trip for spring break,” Trudeau said.

Canada already requires those entering the country to self-isolate for 14 days and to present a negative COVID-19 test taken within three days before arrival. The suggested measure would require isolating at a hotel rather than at home.

Recent variants of the virus that emerged in the U.K., South Africa and Brazil seem to spread more easily and scientists say that will lead to more cases, deaths and hospitalizations. They are also concerned about any potential ability to eventually reduce the effectiveness of vaccines.

There is also some evidence that the new variant first identified in southeast England carries a higher risk of death than the original strain, the British government’s chief scientific adviser, Patrick Vallance, told a news conference Friday.

Dr. Andrew Morris, a professor of infectious diseases at the University of Toronto and the medical director of the Antimicrobial Stewardship Program at Sinai-University Health Network, said he favored making it mandatory for travelers to quarantine in a hotel at their own expense.

“It’s inconvenient for the travelers, but we’re in a pandemic,” Morris said. “If you want to protect the borders and do as much as you can to avoid importation of further problematic strains, and you want your cases to go down, then that’s what you have to do. In my mind it’s good. It’s late. It’s months late.”

Morris said the measure would discourage vacations abroad as people would not want to have to quarantine at a hotel at their own expense upon return.