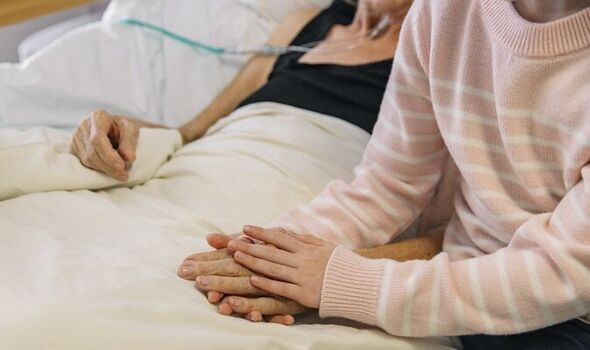 A Macmillan Cancer Support survey found a fifth were struggling to pay basic living costs. Two-thirds were concerned about paying for food and water over the next year. Six per cent, of 2,000 sufferers polled, had delayed or cancelled a medical appointment.

The charity has dished out more than £14million this year in emergency grants for patients struggling with rising costs and the added financial strain a cancer diagnosis brings.

Many sufferers are forced to quit work and face extra costs such as needing to heat their homes more while recovering.

Christopher Jones, Macmillan welfare rights and energy team leader, said there had been a significant shift in tone of callers to the charity’s support line.

He said: “People are really struggling, and emotions are heightened.

“We hear from people every day who are feeling the enormous pressure with the rise in the cost of living and not knowing what to do or where to turn, all while coming to terms with a cancer diagnosis.

“Some are having to face the impossible choice between getting to hospital appointments or paying for food and water.”

Macmillan’s support line has answered more than 150,000 queries from people in need and 34,000 have received emergency grants. The number issued in the first half of this year was higher than in any previous six-month period.

The financial strain is also taking its toll on people’s mental health, with 17 per cent reporting they felt down, depressed or hopeless. Mr Jones added: “Our experts can help with financial or welfare guidance.”

The charity relies on donations for 98 per cent of its income and has set a target to raise the highest ever amount this year so it can continue supporting patients. Lynda Thomas, the organisation’s CEO, said: “Things are tough, and so we must do more now than we’ve ever done before to help them – the time to act is now.”

Another charity, Asthma + Lung UK also raised the alarm about the threat to patients with chronic conditions. In its survey, one in five people with asthma said the soaring cost of living had caused them to suffer more attacks as they cut back on medicines, heating and food.

And 15 per cent said they had reduced their use of inhalers to make them last longer, while almost two thirds were buying less food.

Winter is already the deadliest season for people with lung conditions.

Sarah Woolnough, CEO at Asthma + Lung UK, said: “We’re urging the Government to step up for people with lung conditions.”

Debbie Potts had never relied on financial help before being diagnosed with ovarian cancer last summer.

But she, like many, struggles with rising costs. Debbie, 55, from London, said: “I was determined to live on as little as I could but I hit breaking point having to deal with the skyrocketing costs of living.”

“I am extremely worried about what the future holds.”

‘I have to choose food or fuel’

Julian Fiano had to quit as a football coach after he was diagnosed with a terminal brain tumour in 2016.

The 34-year-old from Essex gets financial aid from Macmillan to cope with the soaring cost of living.

He said: “We are living week by week. My heating and electricity bills have been higher and I often make the difficult choice Struggle…Julian Fiano between food or petrol.”