Chadwick Boseman’s death from stage 4 colon cancer — at just 43 years old — was a shock to his millions of fans, and a stark reminder that the disease affects Black men at a significantly higher rate.

Colon, or colorectal, cancer is the third most common cancer in the world, after lung and breast cancers. But the cancer disproportionally affects Black men, who account for the most diagnoses and deaths.

Between 2012 and 2016, non-Hispanic Black people were diagnosed with colon cancer at a rate of 45.7 per 100,000, which is 20 percent higher than the rate among non-Hispanic white people, according to the American Cancer Society. And Black individuals are 40 percent more likely to die from the disease.

“It’s because of later-stage diagnosis, it’s because of systemic racism and all that this population has been dealing with for hundreds of years,” Rebecca L. Siegel, the scientific director of surveillance research at the American Cancer Society, told The New York Times. People with colon cancer fare better when the disease is caught and treated early, before it spreads outside the large intestine or rectum. But Black men are less likely to get preventive colonoscopies, in part because doctors are less likely to recommend the procedure to their Black patients, according to a 2015 study in the journal Gastroenterology.

Black people also generally have lower rates of access to health care. In 2018, 9.7 percent of African Americans did not have health insurance, compared to 5.4 percent of white people, according to the Urban Institute.

Among all ethnicities, colon cancer is on the rise in young people, and cases in Americans under age 50 have increased since 2000, CNN reported. Half of all colon cancer cases are now in people age 66 and younger, according to a March report from the American Cancer Society — a significant drop. In 1989, the median age of colon cancer diagnoses was 72.

While rates of colon cancer have decreased by 3 percent in adults over 65, they increased 1.3 percent in those under 50.

Researchers aren't yet sure why adults are developing colon cancer at younger ages. Around 20 percent of patients have a family history of the cancer, and doctors are urging everyone to check into their backgrounds to see if they are at a higher risk. But diet, and its contributions to obesity, may be a cause.

"The obesity epidemic is probably contributing, but doesn't seem to be the sole cause," Siegel told CNN. "Diet has a large influence on colorectal cancer risk and there is a lot of research going on looking at how different things we consume, including drugs such as antibiotics, influence gut health, specifically their role in determining the microorganisms that make up our microbiome."

The American Cancer Society now recommends that adults 45 and up get regular colon cancer screenings, either stool analyses or colonoscopies. And they urge people with symptoms of colon cancer — such as a change in bowel movements, like increased diarrhea; rectal bleeding; dark stools; unexpected weight loss; cramping and excess fatigue — to get checked out by a doctor. However, they emphasize the need for preemptive screenings, as these symptoms typically only appear after colon cancer has already spread.

Boseman was diagnosed with stage 3 colon cancer in 2016, when he turned 40 years old — well before the recommended age for colon cancer screenings. Despite chemotherapy and “countless surgeries,” according to a statement about his death, Boseman’s cancer progressed to stage 4, and he died at home on Aug. 28. 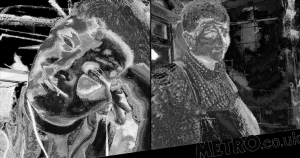