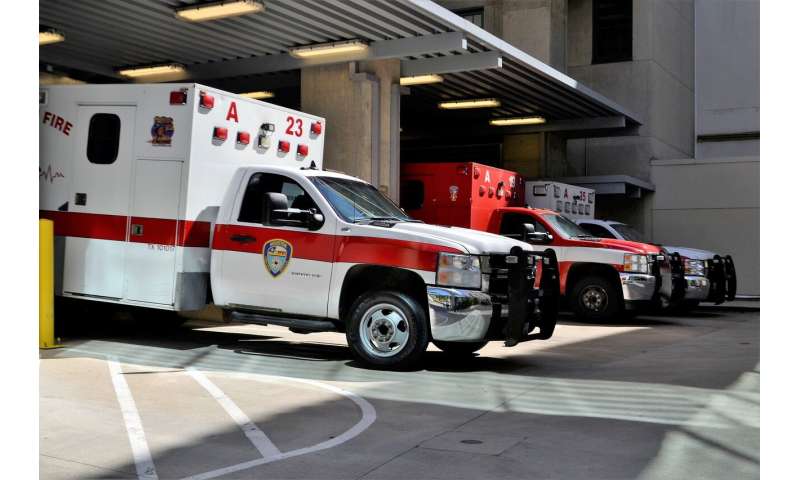 The chaos caused by coronavirus will last far beyond the discovery of effective medical treatments. Our social and political structures have been tested and, in many instances, found to be unprepared for this pandemic.

It is therefore not surprising that questions have been asked of official bodies such as the World Health Organization and, in the UK, Public Health England. The US has announced that it will withdraw from the World Health Organization, and now UK health secretary Matt Hancock has said that the government will replace Public Health England with a new body.

Things could have been much worse. SARS-CoV-2 is not as lethal as other epidemic viruses, such as HIV or Ebola. Indeed, the fact that the virus is relatively benign for the majority of people is why it has spread so successfully. Although many have suffered and died, the pandemic is likely to affect many more in terms of mental health or complications due to delayed medical care, while a great amount of suffering will also probably be caused by the subsequent economic chaos. These are the issues that need addressing in future responses.

An optimist would hope that, while we must acknowledge that many have suffered, the political and social repercussions of the pandemic could be broadly positive—using the experience of this virus to ensure we are much better prepared for future, possibly more serious, viruses. But this requires that those in power take a longer-term view.

Every year the UK’s chief medical officer publishes an independent report outlining future health risks. The World Health Organization also regularly publishes reports of likely future threats. Pandemics have always featured prominently in these reports. Likewise academics regularly study and reflect on previous outbreaks. Although the specifics of SARS-CoV-2 and COVID-19 could not be predicted, the occurrence of a pandemic virus with significant international effects was not a surprise.

History was not the only predictor of this pandemic. From a biological perspective, we know that viruses are a fundamental part of life. Infectious diseases cause considerable human misery, and yet viruses are also significant evolutionary drivers. Viruses are also the most abundant biological entities on Earth and may even be responsible for the origins of life itself.

If the existence of viruses is fundamental for life, it is important that we learn to live with them. There will never be a post-virus world. The majority of viruses are harmless to humans, but at the same time we need to expect, and plan for, a significant minority being responsible for a great deal of disease (including 15% of cancers). The big challenge is therefore to create systems and processes that are able to predict, plan for, and then deal with viral infections including future pandemics.

Much has been written about the advantages of centralized or decentralized health systems. What is clear is that different health systems have reacted and adapted to COVID-19 in different ways. There have been many failures but also many successes. Although there is a temptation to compare internationally by looking at infection or death rates, such comparisons do not take into account the complexity of the situation caused by very different cultures, political arrangements and systems of health care.

Planning for the future

Within the UK there has been a separation between personal health care provision, which was broadly the responsibility of the National Heath Service (NHS), and epidemiological or public health concerns that mostly fell under the remit of Public Health England (PHE). While both the NHS and PHE are technically separate, they both fall under the Department of Health and Social Care, with many clinical and scientific staff working across both organizations.

Logically, it makes sense to distinguish between personal health care and population-level health concerns. Over recent years, the NHS has become increasingly decentralized so as to better respond to localized health concerns. The same level of decentralization would not make sense for the purposes of health surveillance, which must consider broader national and international concerns. But at the same time, a balance is needed.

Consider the introduction of lockdowns. Initially, a national lockdown was implemented as a response to the nationwide epidemic, but following this experience, the strategy is now to implement regional lockdowns. While national-level planning is still needed with respect to controlling borders and a few other arrangements that are necessarily centralized, there does seem to be an increasing acknowledgement that perhaps the UK’s response was initially a bit too centralized and thus did not sufficiently take into account the needs of different populations across the UK.

A second example is the implementation of the “test and trace” process. While identifying community infections and limiting transmission is a key part of epidemic control, the practicalities of organizing such a system have turned out to be significantly more complex than was initially expected.

Although the technology for an automated system does exist and is being developed in various places, it seems that such technology is better suited to private development using market forces rather than through centralized governance. Implementing manual tracing while encouraging the development of appropriate technologies seems to be the only workable approach, something that may also be better suited to local rather than national arrangements.

It is vitally important that long term lessons are learned from the SARS-CoV-2 pandemic. Of course, the initial response should be dealing with the outbreak as it happens, but once the early repercussions subside, we must take careful stock of what has happened so as to better prepare for the future.