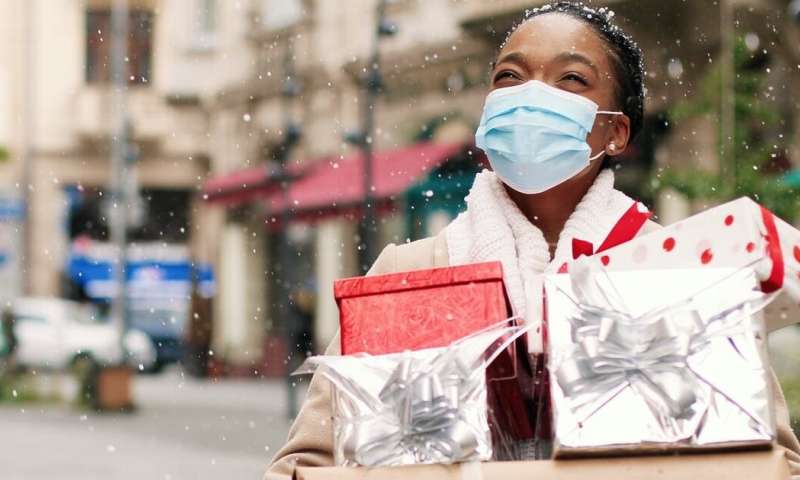 The coronavirus Christmas of 2020 could turn into a bumper year for giving gifts. Our relationship with spending and the festive cheer of giving will be different in 2020—even the Scrooges among us may feel more inclined to spend.

Two theories of behavior point towards why: the phenomenon of retail therapy, and the possibility of a self-licensing effect, in which we reward our good behavior with bad.

Many people are familiar with the principle of retail therapy: when you’re sad, going out shopping can be an easy (if sometimes expensive) way of feeling better. Recent research into retail therapy has found this effect holds for online retail too.

One common explanation for why retail therapy works is that it gives people a sense of control. Situations which often lead to sadness are also often beyond our own control, such as the death of a loved one, or the loss of a job. By re-establishing control in another domain of life, people begin to feel better.

The COVID-19 pandemic has disrupted the Christmas plans of many people, something which is beyond our own control. This has encouraged us to begin the festivities early, much to the disquiet of many a Christmas humbug. Such disruption may be particularly hard-felt because of the occasion, with Christmas being of acute sentimental importance to the estimated 2 billion Christians globally. As such, we would not be surprised if retail therapy became a go-to strategy for people seeking to supplement their ideal Christmas plans with added consumption.

This Christmas, we also expect to see self-licensing, a psychological phenomenon where people reward good behavior such as jogging, with bad behavior, such as eating cake. Out of necessity, 2020 has meant people who would normally go out to restaurants, bars and sporting events have been kept indoors. Many people have complied with lockdown measures, and psychologically, this good behavior may be used as a license to over-indulge this Christmas.

This is an opportunity which has not gone unnoticed by the marketers at British supermarket chain Tesco with its “after the year we’ve had, there is no naughty list” campaign. The combination of a bad year outside of peoples’ control, coupled with good behavior deserving of a reward, is setting the psychological stage for big spending this Christmas. And that’s despite the fact that real wages in the UK are down 2 percent on 2019 for the first half of 2020.

This may spill over into gift giving as well. Even with the allowed relaxation of coronavirus restrictions over the festive period across the UK, gatherings may be subdued and brimming with caution. The omnipresent bell-ringing of distant relations and friends dropping by over the festive period will be silent this year. As a result we may expect people to compensate for their absence via increased gift giving. A recent YouGov survey commissioned by the Royal Mail in November reported that more people plan to send Christmas cards in 2020, perhaps an early signal of things to come.

Warning: nobody likes a re-gift

However, even in pre-COVID times, the economics of gift giving were particularly complex. We’ve all been in situations where we have lost out in the “giving game.” Those years when we have invested time and effort in perfect gift buying, only for the recipient of our effort to respond with a clearly hastily bought gift probably intended for someone else entirely, or worse still, a re-gift.

In gift giving we even have variegated types of value. Monetary is of course one, but time and effort in sourcing the gift, and whether it is “fit” for the recipient are also others. In some situations, a clear discrepancy exists between the monetary values of gifts between two people, which can be problematic. In others, a monetarily valueless gift, perhaps even a handmade one, which demonstrates to the recipient the care and thought of the giver, can trump any level of expenditure.

Complex indeed, and more so in 2020. People will be faced with questions around how to show affection in a socially distant economy, and how the social convention—and obligations—of gift giving match with lockdown festivities.

Ultimately, the complexity of gift giving has increased considerably. Mismatches in perceptions of value could increase. Try not to feel so bad when you inevitably receive the generic gift voucher in return for a gift on which you expended considerable thought, money or both. Indeed, even vouchers may be off limits given the bankruptcy threat hanging heavy over many traditional retailers.