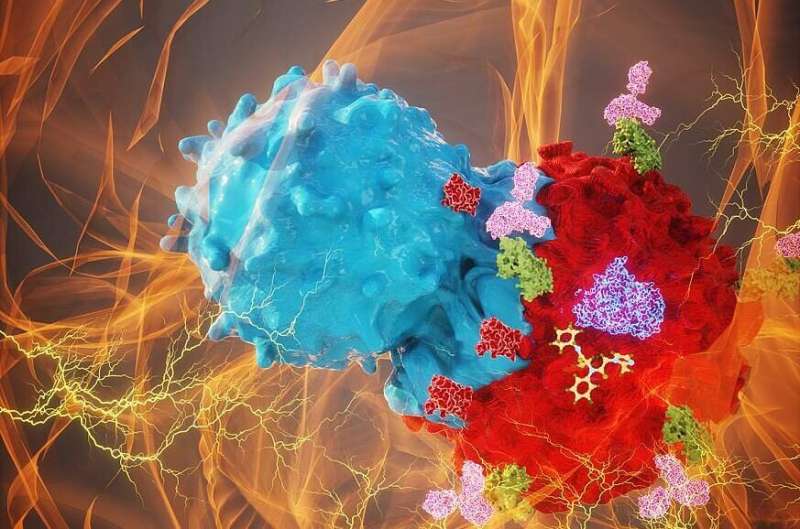 Gliomas are common brain tumors that comprise about one third of all cancers of the nervous system. In a study funded by the National Institutes of Health (NIH), researchers tested a novel combination treatment approach on mice with tumors with characteristics similar to human astrocytomas—a type of slow-growing glioma—and found tumor regression in 60 percent of the mice treated. These encouraging results, published in the Journal of Clinical Investigation, could be the first step toward developing a treatment for this type of brain cancer.

Led by senior authors Maria Castro, Ph.D. and Pedro Lowenstein, M.D., Ph.D. along with a team of researchers at the University of Michigan Rogel Cancer Centerb in Ann Arbor specifically tested inhibitors of the compound D-2-Hydroxyglutarate (D-2-HG), which is produced by cancer cells, on a mouse version of astrocytoma carrying mutations in the genes IDH1 and ATRX, along with an inactivated form of the tumor suppressor protein 53 (TP53) gene.

When the implanted mice were treated with a drug to block the production of D-2-HG along with standard of care radiation and temozolomide (chemotherapy) treatments, their survival significantly improved. Looking more closely at tumor cells grown in dishes, the researchers saw that blocking D-2-HG caused the cells to become more susceptible to radiation treatment. However, the treatment also increased the amount of an “immune checkpoint” protein, which tumors use to turn off T cells and evade the immune system.

Inhibiting this immune checkpoint protein with an additional drug resulted in an even greater improvement in survival, because the mouse’s own immune system was able to attack the tumor.

Importantly, this combination therapy also led to immunological memory against the glioma, meaning that the mouse now had T cells tailored to the specific tumor. Because gliomas almost always grow back after treatment, these T cells make the animal better prepared to fend off regrowth.