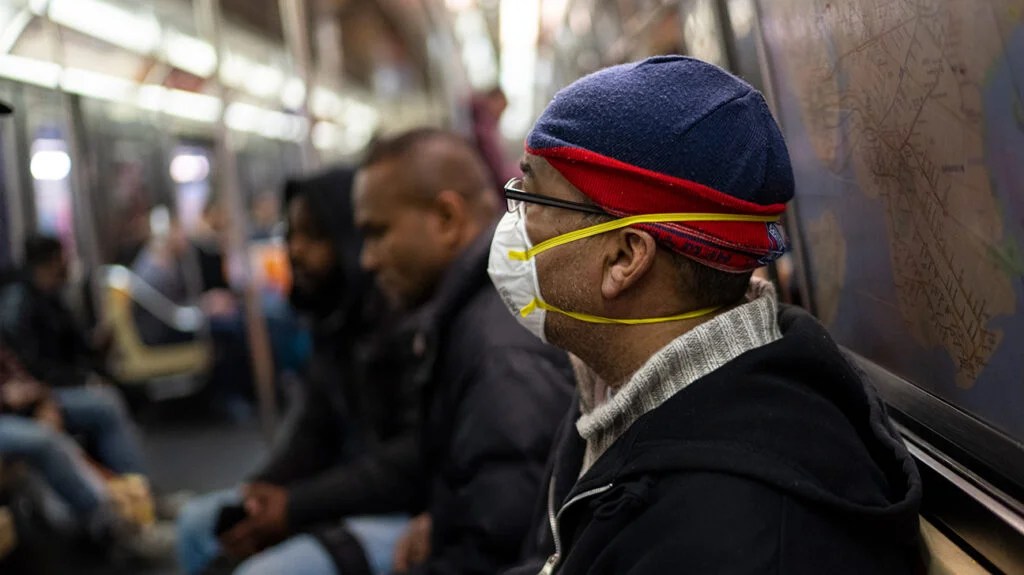 We are in an evolutionary “arms race” with SARS-CoV-2, which is the virus that causes COVID-19, biologists at the University of East Anglia in the United Kingdom have warned.

Writing in the journal Virulence, they say that relaxing control measures while the majority of the world’s population remains unvaccinated risks the evolution of more transmissible, more virulent variants.

These variants may be more dangerous for children and certain vulnerable groups, such as transplant patients with compromised immune systems, they argue. They may also escape the protection afforded by existing vaccines.

Even in countries where vaccination has reduced the numbers of hospitalizations and deaths, high case numbers and large numbers of unvaccinated individuals provide a mixing vessel in which new variants can emerge.

“Relaxing restrictions boosts transmission and allows the virus population to expand, which enhances its adaptive evolutionary potential and increases the risk of vaccine resistant strains emerging by a process known as antigenic drift,” they write.

Antigenic drift refers to the continual random mutations in a virus’s genome that change the proteins on the virus particle’s surface.

These are the foreign proteins, or “antigens,” that antibodies recognize. For SARS-CoV-2, the most important is the spike protein that allows the virus to invade cells.

Every change in this protein has the potential to interfere with the immune system’s ability to recognize and disrupt the virus, which will reduce the protection provided by a past infection or vaccination.

Like repeatedly rolling dice, a larger number of individuals who have had the virus are more likely to generate a mutation that allows it to evade its future hosts’ immune defenses.

By the same token, a greater number of cases is also more likely to lead to changes that allow a variant to spread more easily, giving it a competitive edge over all the other strains.

The authors point out that during the course of the pandemic, a succession of more transmissible variants have become the dominant strains within populations.

“My main concern is about the high case numbers right now,” said co-lead author Dr. Cock Van Oosterhout, Ph.D., who is a professor of evolutionary genetics at the University of East Anglia.

“Because these remain high, this allows for continued evolution of [the] virus, and that comes at a risk, including the evolution of more virulent variants, or variants that can escape the vaccine,” he told Medical News Today.

He pointed out that although vaccines have reduced the COVID-19 mortality rate in some countries, there remain many clinically vulnerable people at high risk of severe disease or even death if they contract the disease.

“This shows we still have a battle on our hands,” he said. “For that reason, we must not let our guard down in the middle of a co-evolutionary arms race.”

In their article, the scientists write:

“Children, the clinically extremely vulnerable, such as patients on immunosuppressants, and those who choose not to be vaccinated (or are unable to receive a vaccine) are all placed at an increased risk when relaxing COVID-19 restrictions.”

They recommend that control measures such as the mandatory wearing of face masks in indoor public places remain in place until most of the population has received a vaccine.

In addition, the authors believe that relaxing restrictions while children are unvaccinated risks inadvertently promoting the evolution of variants that are better able to infect this group.

This is because natural selection will favor the spread of variants through populations that are not protected by vaccination.

“Slowing down the rate of virus evolution requires us to act fast and decisively, reducing the number of [people with the infection] through the use of vaccines, in combination with other public health policies. […] Relaxing these measures now would be letting our guard down in the middle of the battle, and it would place [us] at a significant disadvantage in the arms race with the virus.”

In the U.K., following an exponential rise in cases of the Delta variant in July 2021, case numbers have begun to fall in recent days. This has led to optimism in the British press that the fight against COVID-19 is all but over.

“Our point though is that unfortunately the virus isn’t a stationary target, it is adapting, producing new variants [that] are better able to transmit in the spaces left available to it,” said co-lead author Dr. Kevin Tyler, Ph.D., of Norwich Medical School at the University of East Anglia and the University of Minnesota Twin Cities in St. Paul.

“Based on what has happened so far and the huge amount of virus transmission worldwide, it is unlikely that this Delta will be the last wave,” he told MNT.

“We should be proactive in keeping transmission rates low with all means available and anticipate new waves better able to transmit through unvaccinated and partially immune populations,” he added.

For live updates on the latest developments regarding the novel coronavirus and COVID-19, click here.