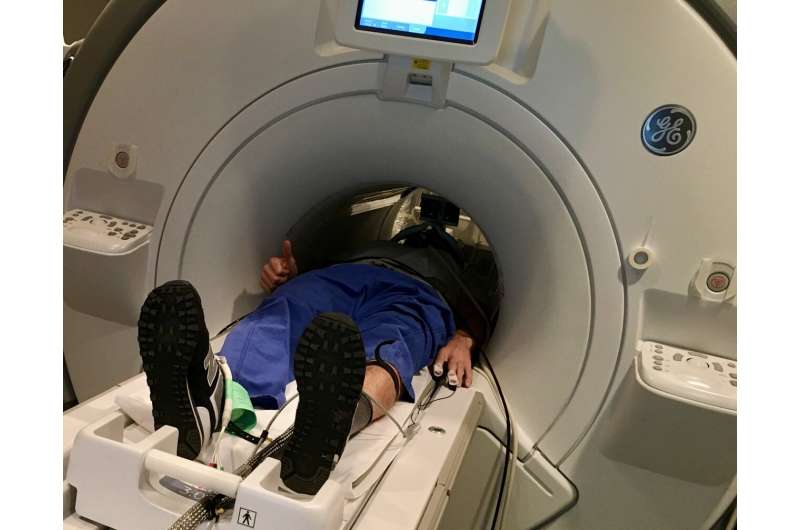 A first-of-its-kind study published recently in the journal Brain Stimulation measures changes in the human brain’s response to a perceived threat following non-invasive stimulation of the nervous system via the vagus nerve. The results have implications for the development of treatments for post-traumatic stress disorder (PTSD) and other mental health conditions, as well as for increasing alertness and attention during learning.

“While our sample size was small, our results are intriguing,” said the study’s lead author, Dr. Imanuel Lerman of UC San Diego’s Qualcomm Institute (QI), School of Medicine, and Jacobs School of Engineering, as well as the VA Center of Excellence for Stress and Mental Health. “The stimulation of participants’ vagus nerve heightened their reaction to negative images and decreased reaction to positive images. This supports the idea that there’s an additive link between vagus nerve stimulation and norepinephrine signaling, which is critical for fight or flight responses, in the brain.”

One of the body’s major means of communicating with the brain, the vagus nerve plays a critical role in regulating the “fight or flight” response. While previous research had indicated that stimulating this nerve improves attention, reduces reaction time and augments learning, no one had tested how this technique affects the body’s response to emotionally charged stimulus.

The research team selected 24 healthy adults to receive either a placebo treatment or non-invasive stimulation of the vagus nerve where it runs parallel to the carotid artery. 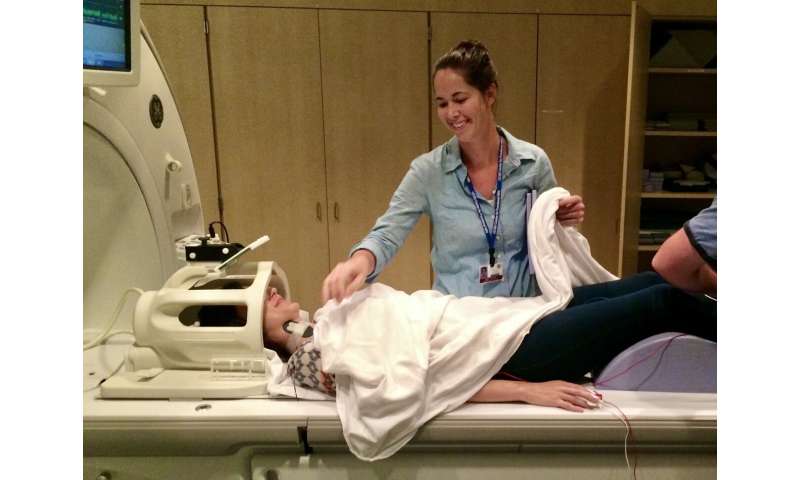 These volunteers entered an fMRI machine and completed a simple task that involved pressing a button on a handheld device in response to being shown a blue circle or square. All participants were then either informed that the shape would turn red to signal the imminent appearance of an upsetting image (e.g., an image of warfare), accompanied by a high-pitched tone, or green to signal an incoming pleasant image (e.g., a photo of a quiet lakeside), accompanied by a low, soothing tone.

Researchers recorded the difference in participants’ reaction time, brain activity and blood oxygen levels. Volunteers who received vagus nerve stimulation showed significantly quicker reaction times during both the neutral and emotionally charged tasks. However, individuals who received vagus nerve stimulation had stronger brain responses to negative/upsetting imagery, and diminished responses to pleasant imagery when measured with fMRI. The opposite was true for the control group.

“The study’s findings represent a first step toward understanding how non-invasive vagus nerve stimulation might be efficiently used as a tool to treat patients with PTSD, generalized anxiety and other disorders that involve a heightened response to perceived threats,” Lerman said.