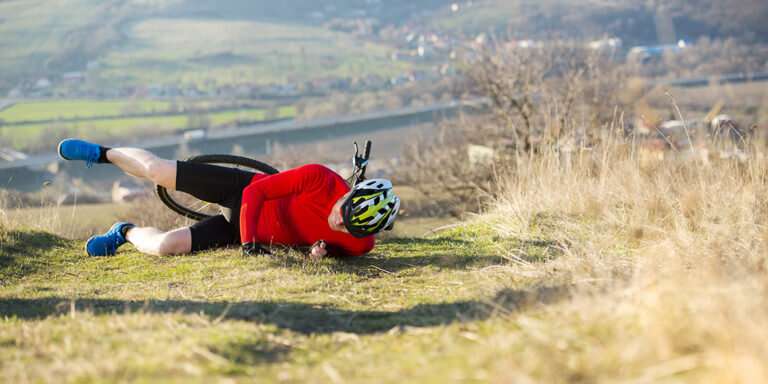 This is a big summer for people to take their holiday in Norway. There are peaks to be climbed, rivers to be paddled and dreams to be fulfilled. For some vacationers, holidays might also include bone fractures, falls and head injuries.

Every year, several thousand people make a trip to a Norwegian emergency room or hospital with concussions.

Falls are the most common cause of minor head injuries, but cycling and various sports accidents also rank high on the list.

Some people affected for a long time

Many people who suffer minor head injuries rest up and then continue life as usual after a few days. But some are affected or plagued by symptoms for a long time afterwards.

Researchers at NTNU have conducted many different studies on minor head injuries.

One of those researchers is psychologist Jonas Stenberg. He is a Ph.D. candidate and has recently published an article in the prestigious journal Neuropsychology.

Researchers from Harvard Medical School collaborated on the study.

The study shows that people who have suffered a concussion report cognitive difficulties such as problems with memory and attention, yet they perform normally on the tests that measure these tasks. These are called cognitive or neuropsychological tests.

“The results were a bit surprising,” says Stenberg.

Half of patients had been unconscious

The researchers expected a clear association between the patients’ own experience of symptoms and their test results.

“If someone reports significant memory problems, we expect them to also have poor results on the memory tests. But that wasn’t the case,” says Stenberg.

The researchers examined 135 people aged 16—59 years. They arrived at St. Olavs Hospital or urgent care in Trondheim with minor head injuries, and were asked to participate in the study. Half of them had been briefly unconscious after the injury. The average age was 33, and most were men.

Even after three months, the follow-up showed no clear association between the symptoms experienced by the study participants and their test results.

Stenberg believes that the surprising results of the study could be due to a number of reasons. Tests and self-reporting may be measuring different problems, or the tests may not be succeeding in capturing patients’ symptoms, or it may be difficult for patients to assess their own functioning and symptoms.

“It’s important for people who’ve suffered mild concussions to be thoroughly examined with several different methods to ensure they get the help they need,” says Stenberg.

He emphasizes that it is also important to remember that most people quickly become symptom-free after a minor head injury. In several studies, researchers are now trying to figure out who would benefit most from good follow-up care.

These studies take into account both personal factors and factors related to the injury itself, such as MRI findings of smaller injuries to the brain.

In other words, helping people reduce their sadness after an injury could improve their memory.