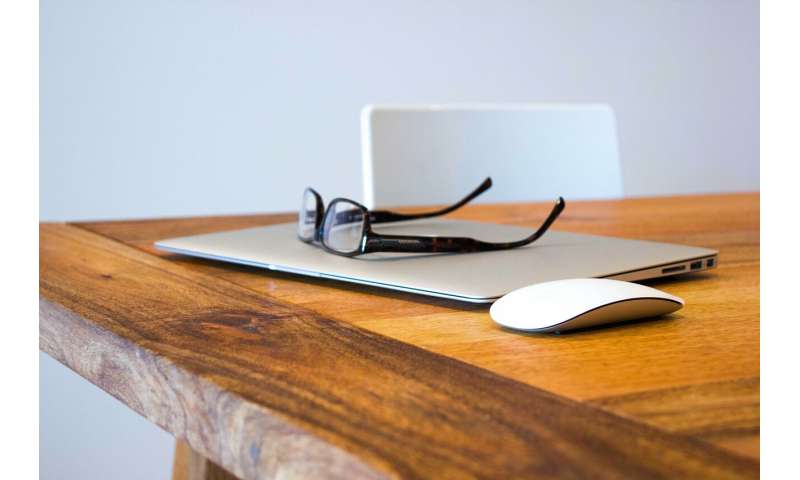 Cycling and treadmill workstations may be ‘healthier’ than standing versions, because their use seems to be associated with greater positive physiological changes in the body, finds a systematic review of the available evidence, published online in Occupational & Environmental Medicine.

But treadmill versions can interfere with computer work, the findings indicate.

Long periods spent sitting down, including at work, are associated with certain health risks, and it is thought that the global cost of sedentary lifestyles is more than US$65 billion (£50.5 billion) a year.

A growing body of research suggests that active workstations may help to counter some of these risks and even boost productivity. But the pros and cons of each type aren’t entirely clear.

To try and shed some light on their potential impact on health and productivity, the researchers trawled databases looking for relevant studies comparing at least two out of treadmill, cycling, and standing workstations.

Twelve studies (out of 274 initially selected) were included in the final analysis, which looked at the effect on muscles and physiology—average heart rate, blood pressure, energy expenditure-perceived exertion and pain tolerance, and cognitive performance at work—processing speeds, attention and short-term memory.

All types of workstation were associated with a short-term boost in productivity.

But cycling and treadmill workstations seemed to be associated with greater short-term physiological changes than standing versions. This might be better for longer term health, suggest the researchers.

Treadmill workstations got people moving and increased upper body muscular activity more than did standing versions. But the upper body effort needed to stabilise gait and posture on a treadmill workstation might affect the fine motor skills needed for keyboarding, explain the researchers.

Both treadmill and cycling workstations boosted heart rate and energy expenditure while prompting a drop in blood pressure during the working day compared with standing workstations, the findings showed.

The results of the review suggest that the pros and cons of each type of workstation may not be directly comparable, say the researchers. And employers may need to gauge which type is most appropriate for the needs of their staff.

The researchers sound a note of caution about the strength of the available evidence, however: only 11 of the studies they included directly compared different types of workstation; the outcomes measured were all short term; and the most comprehensive studies were relatively small in size.