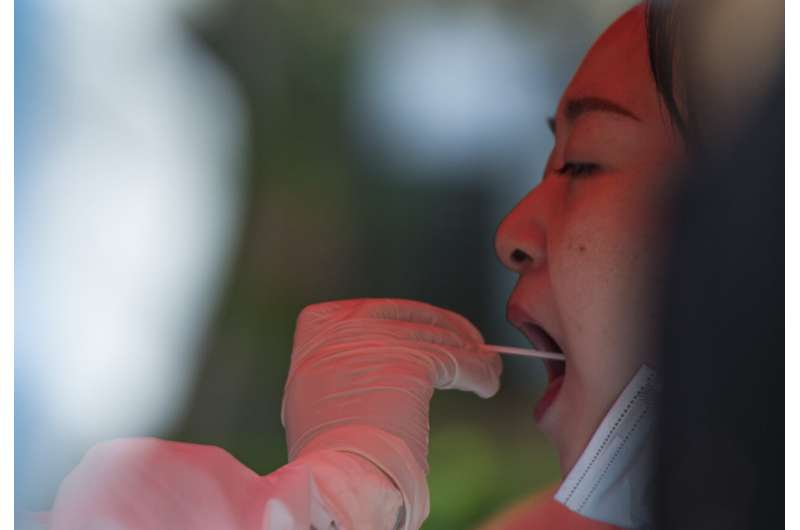 The delta variant is challenging China’s costly strategy of isolating cities, prompting warnings that Chinese leaders who were confident they could keep the coronavirus out of the country need a less disruptive approach.

As the highly contagious variant pushes leaders in the United States, Australia and elsewhere to renew restrictions, President Xi Jinping’s government is fighting the most serious outbreak since last year’s peak in Wuhan. The ruling Communist Party is reviving tactics that shut down China: Access to a city of 1.5 million people has been cut off, flights canceled and mass testing ordered in some areas.

That “zero tolerance” strategy of quarantining every case and trying to block new infections from abroad helped to contain last year’s outbreak and has kept China largely virus-free. But its impact on work and life for millions of people is prompting warnings that China needs to learn to control the virus without repeatedly shutting down the economy and society.

Zhang Wenhong, a Shanghai doctor who became prominent during the Wuhan outbreak, suggested in a social media post that China’s strategy could change. “We will definitely learn more” from the ongoing outbreak, he said, calling it a stress test for the nation. 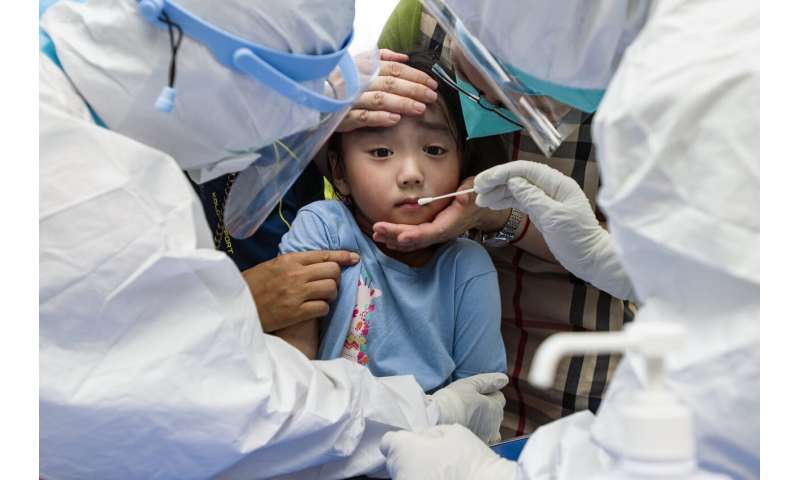 “The world needs to learn how to coexist with this virus,” wrote Zhang, who has 3 million followers on the widely used Sina Weibo platform.

China’s controls will be tested when thousands of athletes, reporters and others arrive for the Winter Olympics in Beijing in February. And the ruling party faces a politically sensitive change of leadership in late 2022, for which leaders want upbeat economic conditions.

Last year, China shut down much of the world’s second-biggest economy and cut off almost all access to cities with a total of 60 million people—tactics imitated on a smaller scale by governments from Asia to the Americas. That caused China’s most painful economic contraction in five decades, but Beijing was able to allow business and domestic travel to resume in March 2020.

The new infections, many in people who have already been vaccinated, have jolted global financial markets, which worry Beijing’s response might disrupt manufacturing and supply chains. The main stock indexes in Shanghai, Tokyo and Hong Kong sank Tuesday but were rising again Thursday. 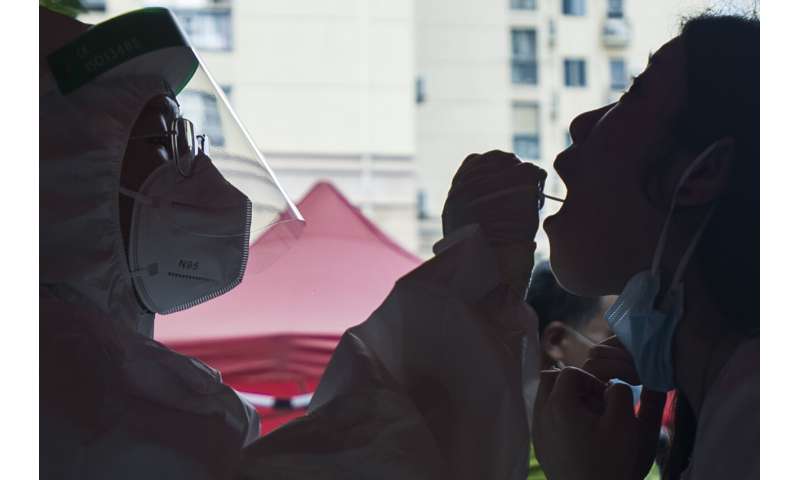 China needs to shift to creating barriers to infection within communities by stepping up vaccinations and quickly treating infected people while allowing business and travel to go ahead, said Xi Chen, a health economist at the Yale School of Public Health. He said country needs access to the full range of vaccines, including allowing in the shot developed by Germany’s BioNTech.

“I don’t think ‘zero tolerance’ can be sustained,” said Chen. “Even if you can lock down all the regions in China, people might still die, and more might die due to hunger or loss of jobs.”

But Beijing has shown no sign of abandoning its tactics.

Disease controls must “be even faster, more firm, stricter, more expansive and ready,” He Qinghua, an official of the National Health Commission’s Disease Control Bureau, said at a news conference Saturday. 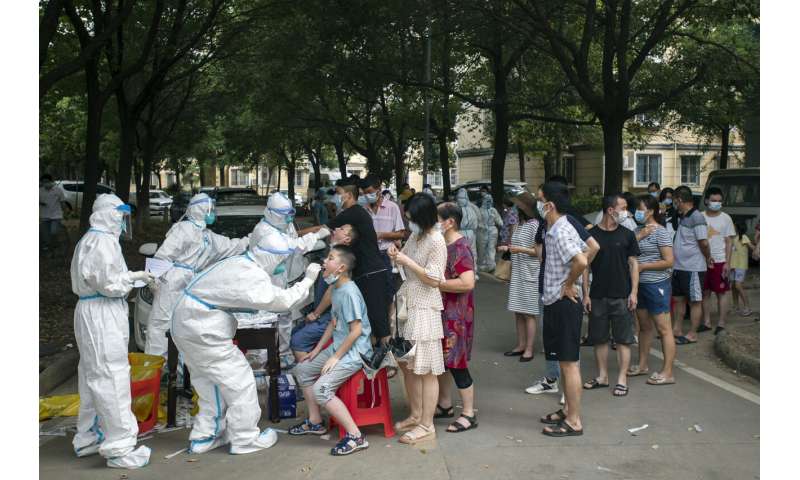 The year’s biggest outbreak has tentatively been traced to airport employees who cleaned a Russian airliner on July 10 in Nanjing, northwest of Shanghai in Jiangsu province, according to health officials.

Some travelers flew through Nanjing to Zhangjiajie, a popular tourist spot southwest of Shanghai in Hunan province, turning that city into a center for the virus’s spread. The disease was carried to Beijing and other cities in more than 10 provinces.

On Tuesday, the government of Zhangjiajie announced no one was allowed to leave the city, imitating controls imposed on Wuhan, where the first virus cases were identified, and other cities last year.

Flights to Nanjing and Yangzhou, a nearby city with 94 cases, were suspended. Trains from those cities and 21 others to Beijing were canceled. Jiangsu province set up highway checkpoints to test drivers. The government called on people in Beijing and the southern province of Guangzhou not to leave those areas if possible. 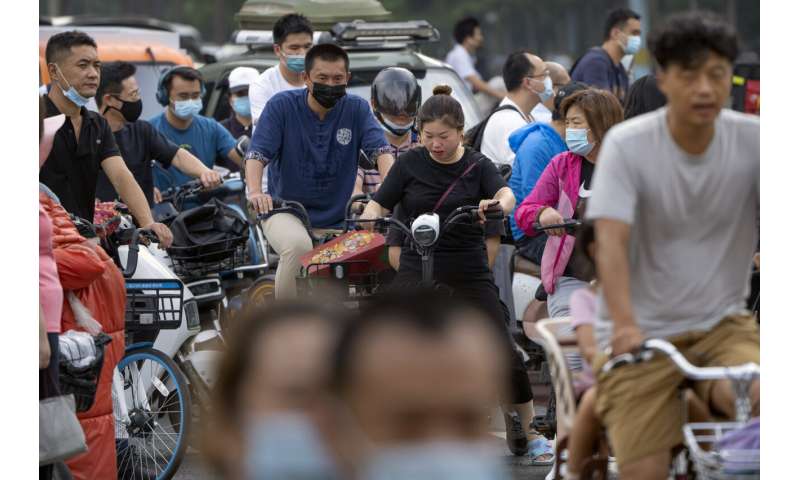 In Yangzhou, children at two tutoring centers were quarantined after a classmate tested positive, according to Zhou Xiaoxiao, a university student there. She said some parts of the city were sealed.

Eggs and some other food was scarce after shoppers cleared out supermarkets in anticipation of a lockdown, Zhou said. She said the government was delivering rice to households.

“The price of vegetables has risen. That’s nothing to me. But to the kind of family whose life isn’t very good and who have no income, it’s very troublesome,” said Zhou, 20.

The 1,142 infections reported since mid-July, many linked to Nanjing, are modest compared with tens of thousands of new daily infections in India or the United States. But they jolted leaders in China, which hasn’t recorded a fatality since early February. 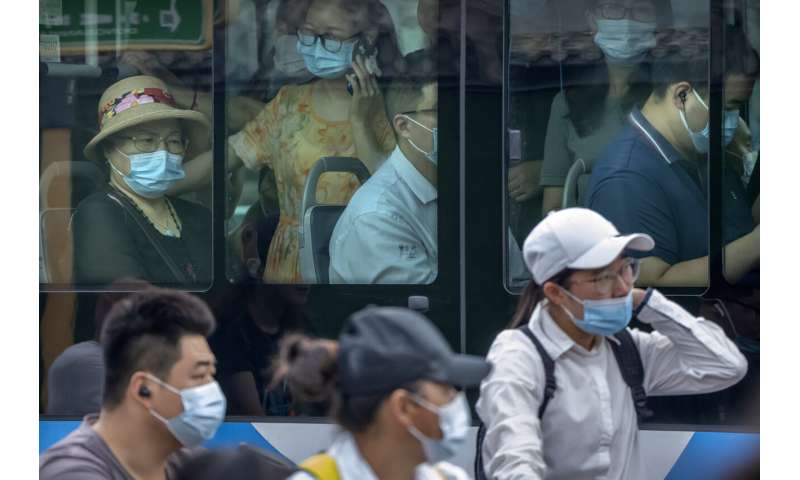 The outbreak poses “serious challenges to the country’s hard-won victory in the epidemic battle,” said the newspaper The Global Times, which is published by the ruling party’s People’s Daily.

So far, most of the people infected in Nanjing had been vaccinated, and few cases are severe, the head of the critical care unit at the hospital of the city’s Southeastern University, Yang Yi, told the Shanghai news outlet The Paper.

She said that means “vaccines are protective”—though concerns remain that Chinese-made vaccines offer less protection than some others.

Authorities have blamed Nanjing airport managers and local officials for failing to enforce safety rules and to detect infections for 10 days until July 20, after the virus spread. 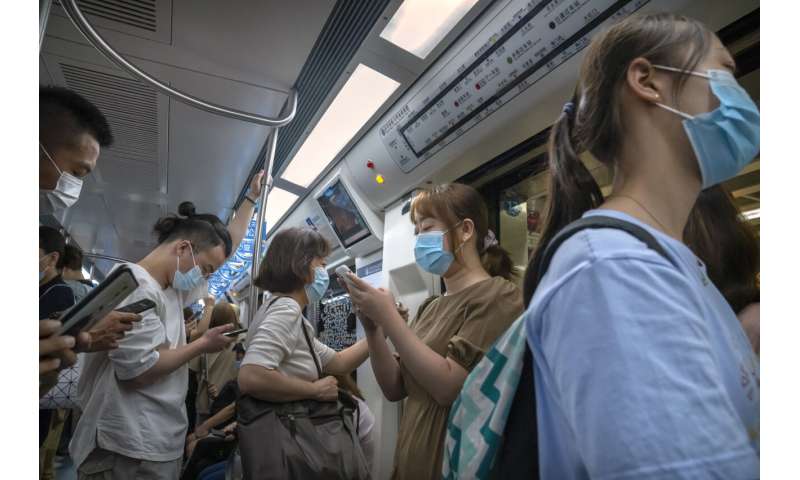 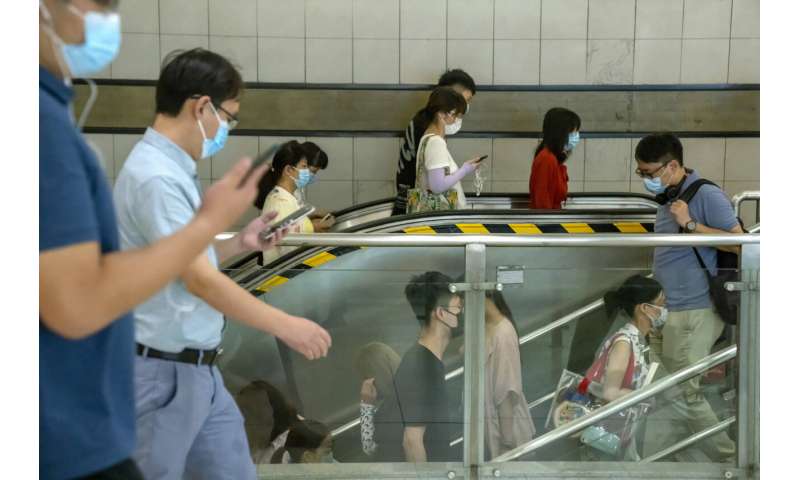 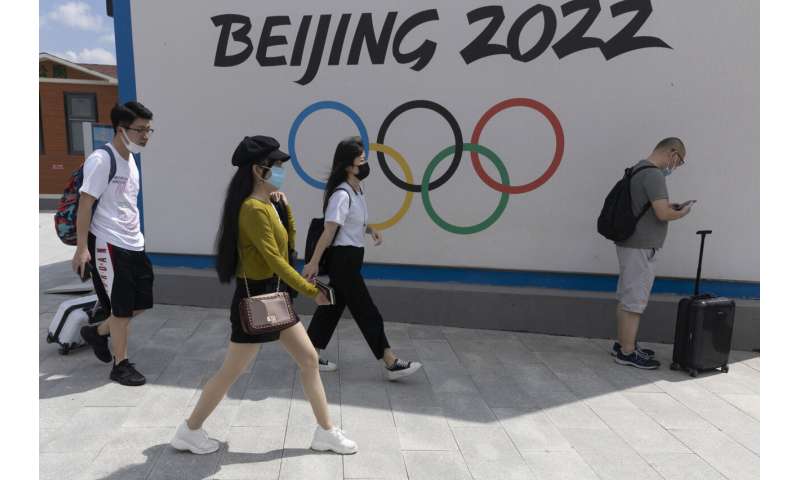 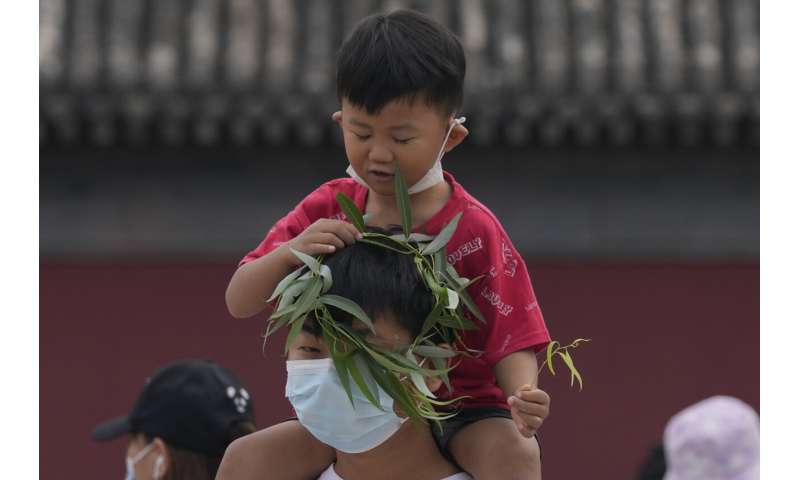 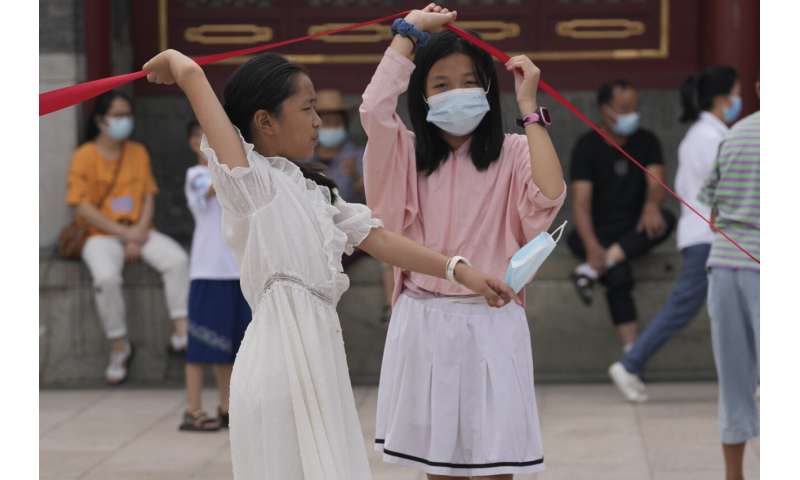 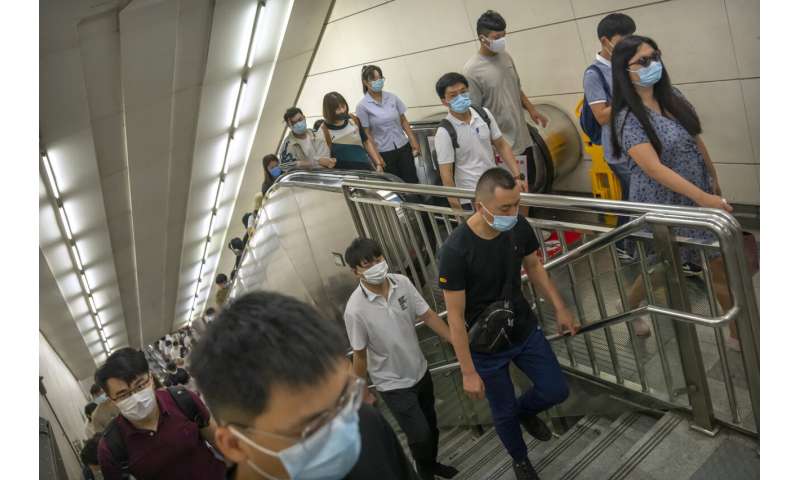 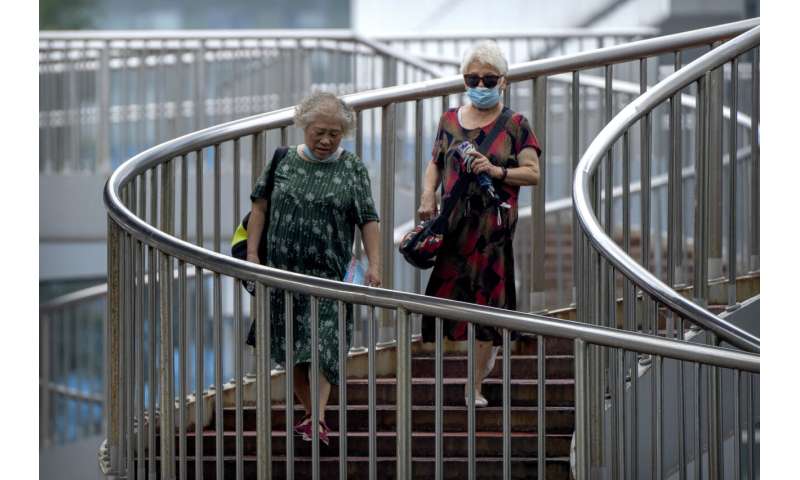 A 64-year-old woman who is believed to have carried the virus from Nanjing to Yangzhou was arrested Tuesday on charges of hindering disease prevention, police announced.

Cleaning staff at Nanjing’s new international terminal mingled with co-workers in the domestic wing, when they should have been separated, according to news reports. The Russian flight was diverted due to bad weather from Shanghai, where airports are better equipped to handle foreign travelers.

Still, the city of 9.3 million people is the second-biggest in eastern China after Shanghai and has more resources than many smaller cities.

China needs to learn how to “allow the virus to exist” in areas with high vaccination rates and stronger health care, said Chen, the economist. He noted some areas have vaccinated at least 80% of adults.