So, what’s this about a royal memoir?

Prince Harry, Duke of Sussex is writing one that will come out late next year. “I’m writing this not as the prince I was born but as the man I have become,” he’s said. It will be “the definitive account of the experiences, adventures, losses, and life lessons that have helped shape him”, according to Random House, which is publishing the book. Harry has added that it will be “a firsthand account of my life that’s accurate and wholly truthful”. 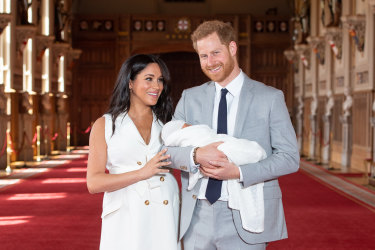 Woah. You think we’re going to find out why he once wore a Nazi uniform for a costume? Or put his “crown jewels on display” while participating in a game of strip billiards in a Las Vegas hotel? Maybe. It’s more likely that the memoir will shed further light on how he’s dealt with the racism he and wife Meghan have faced regarding their son, Archie, and the “genetic trauma” he recently accused his father of having passed on, says Cindy McCreery, a cultural historian and expert on the British royal family at The University of Sydney. “I suspect he’ll be quite candid,” says McCreery. “You’re not going to [reach many people] if you disguise a cloak on the past… I think what he needs to do now is to kind of show there’s no smoke without fire.”

So not just a swing at the press and the Firm, then?

Why are you so angry?

About those “life lessons”, though.

We get it. He’s worth a squillon dollars and he’s never had to scrub the grout off a shower stall. “On the other hand, grief is grief is grief,” says David Blazer, associate professor of history at the University of NSW and an expert on Britain. “Depression is depression is depression. Being estranged from your brother is being estranged from your brother. There will be some chords of emotion that other people will presumably be able to recognise.”

You’ve been burned. My Story. What I Know Now: Simple Lessons Learned The Hard Way. Finding Sarah: A Duchess’s Journey To Find Herself. The many self-help tomes by Sarah Ferguson, Duchess of York have set the expectation that we will be hunkering down to read, as one critic wrote facetiously of one of Fergie’s books, “homespun wisdom sure to be passed down from generation to generation”. (Excerpts from her books, which addressed everything from her mother leaving the family for an Argentinian polo player to facing near bankruptcy: “When you lie down with dogs, you can’t be shocked to get fleas.” Also: “I need healing.“)

The British royals do have a storied history of helping regular people navigate some of their most stressful times. When King George VI refused to leave London during the Blitz in World War II, and instead visited areas of the city that had been heavily bombed in a bid to show sympathy and solidarity with his fellow citizens, he helped build morale in a way that boosted mental health at the time, says Blazer.

“What they were expecting was a kind of collapse of morale, fear, and that people would be committing suicide; well they didn’t,” says Blazer, saying part of the reason was that the English people felt connected to each other as part of a common cause. “And the King is part of this, this really important message, ‘You’re connected to me, I’m connected to you’.” 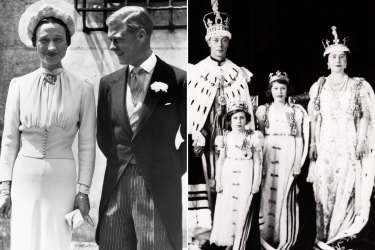 While King George VI, pictured right, was heralded for how he inspired ordinary people, the Duke of Windsor, left, was pilloried for spilling his heart in his memoir.Credit:Getty Images

And Harry has long advocated to end the stigma surrounding mental health issues. Not to mention the release earlier this year of the multi-part documentary on mental health he made with Oprah Winfrey, The Me You Can’t See, in which he revealed the fears and anxiety he suffers as a result of his mother’s death in a car crash in 1997.

So, really, no strip billiards is what you’re saying.

The jury’s out. But we could get his advice on romance. “It would have been very difficult for him dating, as we know, in the public eye, so I think there are lots of interesting things to learn,” says Juliet Rieden, author of The Royals In Australia, and editor-at-large of The Australian Women’s Weekly.” And Harry having “the courage to stand up for what he wanted and for what he wanted for his own life” – he and Meghan left the royal family last year, and moved to California – “is something everyone can learn from, whether you’re a prince or a pauper.”

Could this usher in a new era of well-received royal advice?

“The kind of triumph over adversity, ‘What I learned from my mistakes’, this is very much the spirit of the age [now],” says Blazer, noting that this wasn’t the case either in 1951 or 1956 when, respectively, memoirs by The Duke of Windsor and his wife, The Duchess of Windsor, for whom he abdicated the British throne, came out. (“His reputation was already trashed,” says Rieden.)

Still, there will always be some resistance to taking advice from the rich and the ultra-privileged. As Blazer points out about King George VI: “In George Orwell’s diaries of the war, he did note that when the King did go to the East end [of London to show solidarity] on one occasion he was booed…. Everybody knew well that [unlike them] he wouldn’t be sleeping in a bloody underground station that night.”

Make the most of your health, relationships, fitness and nutrition with our Live Well newsletter. Get it in your inbox every Monday.

Most Viewed in Lifestyle