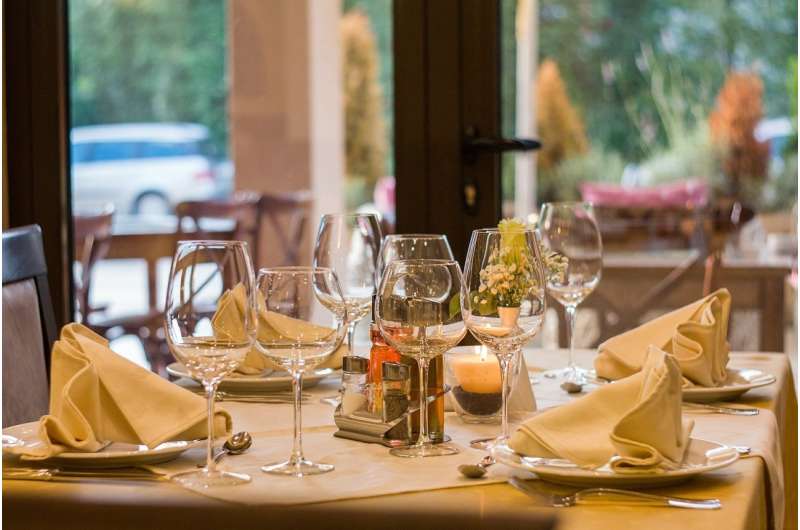 As vaccination totals rise and COVID-19 cases fall across the United States, many governors have rolled back pandemic safety measures, allowing Americans to shed their masks and return to restaurants, bars, gyms, and salons.

But which of those safety measures actually had prevented COVID-19 fatalities? In a paper published late last year, Yale SOM’s Matthew Spiegel and Heather Tookes examined some of the most commonly used policies and found that some restrictions, including mask mandates, restaurant and gym closures, and closures of high-risk businesses such as movie theaters and bowling alleys, saved lives. Others, such as closing retail stores and 100-person limits on gatherings, actually worsened the death rate. Now, using the same methodology, Spiegel and Tookes have taken a closer look at some of the businesses most affected by the pandemic—restaurants, bars, gyms, and spas (a category that includes barbershops, salons, and other personal services)—from March through December 2020.

They focused on these businesses because “they received special attention by legislatures,” Spiegel explains, often remaining fully closed or under capacity limits even as other restrictions eased. “We wanted to see if treating them as special did anything in particular.” They also wanted to understand how capacity limits measured up against full closures.

The study showed that the impact of these restrictions was mixed. For bars and restaurants, both capacity limits and full closures—that is, limiting restaurants to takeout only and closing bars entirely—significantly reduced fatalities. But interestingly, for these businesses, capping indoor dining at 25% and limiting bars to outdoor service only (a commonly used combination of tactics across many counties) worked even better than full closures. In the case of spas, closures and capacity limits did little or even increased fatalities. Gyms were the only businesses where full shutdowns proved more useful than other tactics.

What’s clear, Spiegel says, is that some states imposed more limits than they needed to protect the public. “We have to be really careful about what we do because we can’t destroy lives indirectly through economic damage in order to save them. So we really have to tailor, as closely as we can, the policies to the evidence of what’s working,” he says.

To arrive at these conclusions, Spiegel and Tookes used a database they created that tracks COVID-19 restrictions in every U.S. county. They combined it with a database of reported fatalities and compared counties with and without a particular restriction in a given week to see whether the policies had any impact on fatalities in the next six weeks. To make sure the comparisons were accurate, they controlled for factors including demographics, population density and health, weather, and current pandemic severity. They also conducted additional statistical tests, such as removing the most populous counties from their analysis and comparing geographically close counties with different policies in place.

The data told a nuanced story about which measures were necessary. Bars and restaurants, for example, were a case where capacity caps might have been preferable to shutdowns. Limiting restaurants to 25% capacity and restricting bars to outdoor service reduced COVID-19 fatalities by 41%, while closing bars completely and eliminating all indoor restaurant service reduced fatalities by 32%.

In other words, by allowing some bar and restaurant service, “you’ve gotten the benefit of closures and minimized the economic cost,” Spiegel says. He also suspects having these businesses open in a limited way may have allowed cooped-up young people to enjoy some relatively safe socializing while deterring riskier behavior, like indoor house parties.

For spas, the best policy was arguably no policy at all: there was some evidence that 25% capacity limits had a small effect on reducing fatalities, but several of the statistical tests Spiegel and Tookes ran suggested that neither capacity limits nor closures were particularly helpful. (Indeed, spa capacity limits above 25% actually increased the fatality rate.)

Gyms proved to be the trickiest case. Full closures reduced fatalities, but capacity limits actually made things worse. For these businesses, shutdowns appear to have been a reasonable response. That doesn’t make it easy, Spiegel says. Earlier this year, he got an email from a gym owner frustrated because Spiegel’s earlier research had been used to justify the closure of his business. “I felt bad, but I do have to admit it: closing gyms worked,” Spiegel says.

With the pandemic loosening its grip on the United States, what’s the value of understanding in retrospect which restrictions worked? For Spiegel and Tookes, it’s still important to learn the lessons of COVID-19, in case this pandemic worsens again or another one strikes.

Perhaps the most important lesson of their research, though, is that collecting and disseminating good data as quickly as possible can protect lives and livelihoods at the same time—something both states and the federal government struggled to do during COVID-19, leaving researchers across the country to tackle the problem on their own.