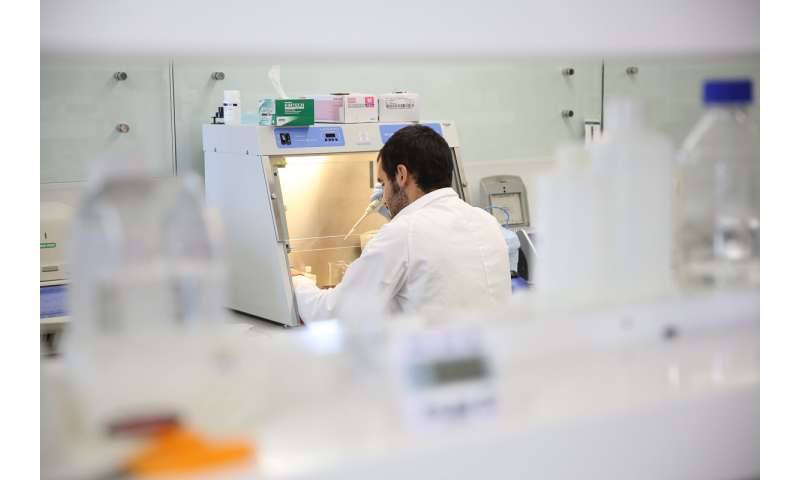 A new publication by scientists from Children’s Medical Research Institute has challenged one of the foundations of the gene therapy field and will help to improve strategies for treating serious genetic disorders of the liver.

The paper titled, Restoring the natural tropism of AAV2 vectors for human liver, was published in Science Translational Medicine today.

Adeno-associated virus 2 (AAV2) is a viral vector that is used to deliver gene therapy to the liver. It works as a delivery vehicle to carry therapeutic DNA to the target cells in the body. The way it does this is by binding a ‘receptor’ on the target cell, a molecule that tells the vector it is in the right place and helps to deliver its cargo into cells. However, clinical trials targeting diseases of the liver have had an unexpectedly low success rate using this vector and now the researchers from CMRI appear to have discovered the reason.

The teams of Dr. Leszek Lisowski, Head of the Translational Vectorology Research Unit, and Prof Ian Alexander, Head of the Gene Therapy Research Unit, have found that the original AAV2, which is commonly used in preclinical and clinical studies, binds tightly to its attachment receptor, heparan sulfate proteoglycans (HSPGs), but too tightly. Because HSPGs are found in many places in the body, not just on liver cells, the vector gets “trapped” before it reaches its intended destination. Therefore, very few vectors manage to deliver their therapeutic cargo to the liver, which greatly diminishes the therapeutic efficacy.

This led the CMRI teams to study naturally occurring adeno-associated viruses which they found were much more successful at delivering the therapy into the liver. These viruses use another receptor that’s yet to be discovered. CMRI researchers are now able to make vectors in the lab that use this better receptor, instead of HSPGs, potentially making the next generation of gene therapy targeting the liver vastly more successful.

“This really challenges a basic concept in our field that binding strongly to HSPG was essential for AAV’s entry into human cells and suggests that vectors targeting the other receptor used by natural AAVs, of human liver origin, are likely to be more effective for clinical gene therapy applications” Dr. Lisowski said. “The prototypical AAV2, discovered over 50yrs ago, is the serotype on which the entire field of AAV vectorology and gene therapy is based. Our discovery will shake the foundations of the field of AAV-based gene therapeutics and will mark the beginning of a new era not only for biomedical research, but most importantly, for millions of patients affected by genetic disorders”

“It sheds new light and challenges our previous understanding and corrects misconceptions about how the vector binds to the cells,” he added.

Lead author on the publication, Dr. Marti Cabanes-Creus, said they could now move forward to improve on the use of vectors to help children with liver conditions. “It will help us understand previous clinical data and how to improve on these” he said.

“By having a better vector, we can increase the safety and improve the efficiency. Because a lower dose will be needed to achieve therapeutic efficacy, the cost of those therapies will be decreased, which is an additional benefit to the patients, their families, and the healthcare system.”