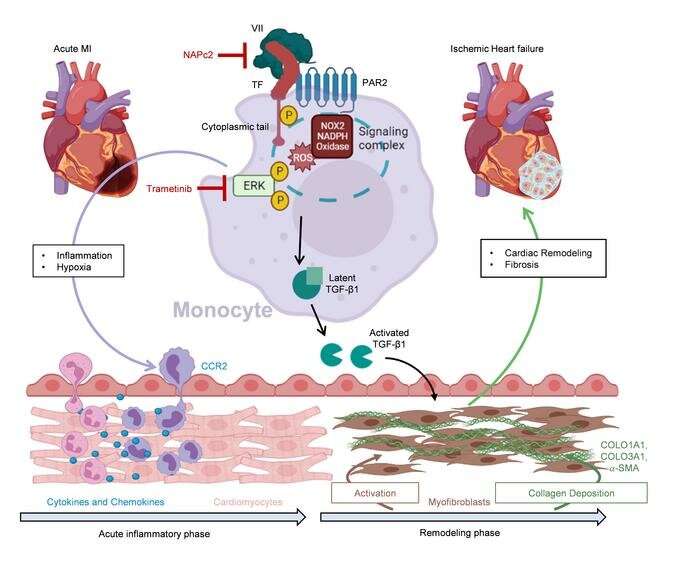 When you have a heart attack, you need to act quickly. Because the heart tissue does not receive enough blood, it begins to die. If revascularization occurs shortly after the onset of symptoms, i.e., reopening of the closed vessel, an infarction can heal with almost no consequences. However, if more than 24 hours pass, the tissue can no longer be saved and the body begins to “clean up.” The immune system’s scavenger cells clear away dead cells, which is associated with a violent inflammatory process. Finally, connective tissue cells migrate and form scar tissue.

The excessive inflammation and scarring can also affect the peripheral areas of the infarction and even spread to more distant regions of the heart. “These patients often develop a particularly severe form of ischemic heart failure. The ventricle is then inflated like a balloon and the pump function is severely restricted globally,” says Philip Wenzel from the DZHK Rhein-Main site in the Center for Cardiology at the UM Mainz. At the Center for Thrombosis and Hemostasis there, he and his team investigated what actually happens and whether this excessive connective tissue remodeling of the heart can be prevented.

Fibrosis can be stopped by inhibiting coagulation signaling pathway

The researchers examined heart tissue from patients who had sustained ischemic heart failure as a result of an infarction and found increased levels of proteins involved in coagulation and fibrosis processes, which also occur in acute infarction. As a comparison, they used tissue from healthy donors, for example from organs that could not be transplanted.

They discovered that certain inflammatory cells, the monocytes, are also involved in the signal transmission of the inflammatory processes. When the researchers blocked the signal transmission of the coagulation factor tissue factor and its receptor PAR2 on the monocytes, less growth factor TGF-ß1 formed and consequently less excessive fibrosis. In the mouse model, this resulted in less cardiac insufficiency, better cardiac output and less mortality.

The anticoagulant drug NAPc2 can also inhibit this novel signaling pathway and, according to Prof. Wenzel, could therefore be a candidate for the prevention and treatment of chronic ischemic heart failure. “In the mice, we saw a clear effect on the pumping capacity, which was only reduced to half as much by the treatment.” If this could be applied to humans, it would be the difference between a heart attack victim with delayed reperfusion and development of severe cardiac failure, who can no longer cope with the smallest of efforts, or is able to fully return to life to do his or her everyday life independently, according to Wenzel.

“We found that patients with a subacute myocardial infarction, i.e., delayed admission after the onset of symptoms, already show a pathological activation of the pro-fibrotic signaling pathway in the circulating monocytes in the bloodstream. So here we have possible biomarkers that could help us to identify patients at increased risk of developing severe cardiac failure after a heart attack.”

The study is published in the Journal of Clinical Investigation. The researchers now want to investigate the signaling pathways in more detail and find out which patients would particularly benefit from therapy. 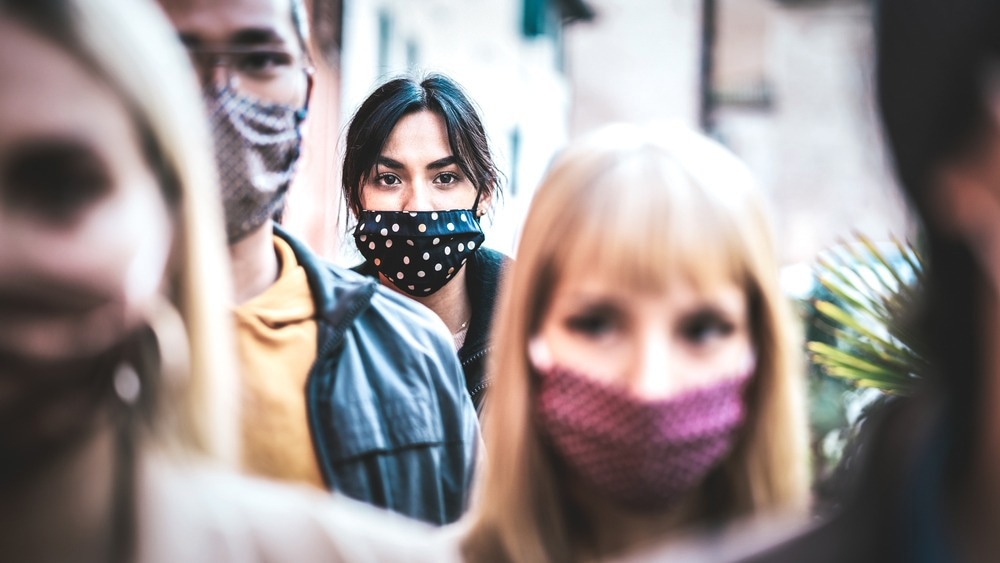