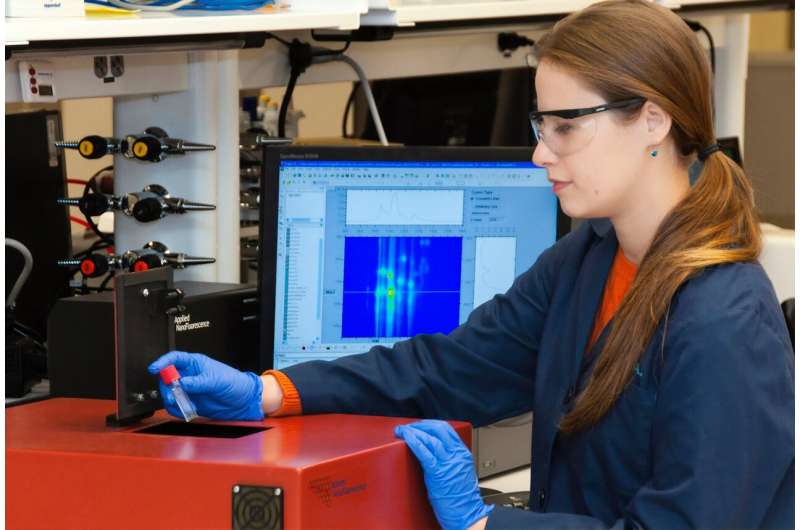 Amyotrophic lateral sclerosis (ALS), also known as Lou Gehrig’s disease, is a neurodegenerative disease that strikes nearly 5,000 people in the U.S. every year. About 10% of ALS cases are inherited or familial, often caused by an error in the C9orf72 gene. Compared to sporadic or non-familial ALS, C90rf72 patients are considered to have a more aggressive disease course. Evidence points to the immune system in disease progression in C90rf72 patients, but we know little of what players are involved.

New research from the Jefferson Weinberg ALS Center identified an increased inflammatory signal in C90rf72 patients compared to other ALS patients, pointing to immune characteristics that distinguish this subgroup of ALS patients and informing potential anti-inflammatory therapies. The study was published in Amyotrophic Lateral Sclerosis and Frontotemporal Degeneration on April 30, 2021.

In comprehensive analyses, the researchers collected cerebrospinal fluid (CSF), via a small puncture in the spine, as well as serum from 15 C9orf72 patients, 9 sporadic ALS patients and 14 control patients, and conducted a test to measure the levels of around 40 different immune molecules and chemicals. They found an increase in pro-inflammatory molecules in the serum and CSF of both sporadic and C9orf72 ALS patients compared to controls, but the increase was more pronounced in C9orf72 patients.

These findings point to important distinguishing characteristics of this subgroup of ALS patients, which could be detectable in a peripheral test of serum. Serum tests would be less invasive than testing CSF. The results also indicate that any future strategies for developing anti-inflammatory treatments would benefit from distinguishing the C9orf72 subtype from other types of ALS. The researchers are looking to build a bank of patient samples to continue studying key differences between patient subtypes.