Do remedies that claim to last 24 hours REALLY work? We tested some of the most popular products to find out 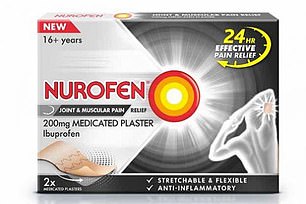 Worth it?The drug is dissolved in fluid inside the patch and slowly seeps through the skin

CLAIM: Each patch, measuring 10cm by 14cm, contains 200mg of ibuprofen — the same amount you get in a standard tablet. The drug is dissolved in fluid inside the patch and slowly seeps through the skin, offering ‘24-hour effective pain relief’. You simply stick it on to the area of pain or injury.

EXPERT VERDICT: ‘My patients love these patches,’ says Sultan Dajani, a pharmacist in Eastleigh, Hampshire, and spokesman for the Royal Pharmaceutical Society.

‘They work well for sciatica, sprains or neck ache in particular, because the patch insulates and warms the skin underneath, which draws blood into the area and this carries away any inflammatory cells.

‘This added warming effect is the reason why the 200mg dose — which is relatively small [an adult would usually take two 200mg tablets three times a day] — is still effective. But ask your pharmacist for a generic version, which will be cheaper.’ 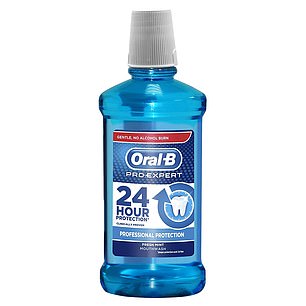 The smallprint says you must use it twice a day to get ‘24-hour, long-lasting protection’

CLAIM: This freshens breath, helps prevent plaque (the sticky film between teeth that gradually erodes them) and maintains healthy gums. Among other things, it contains an antiseptic called cetylpyridinium chloride. The smallprint says you need to use it twice a day to get ‘24-hour, long-lasting plaque protection’.

EXPERT VERDICT: Dr Ben Atkins, a dentist in Manchester and spokesman for the Oral Health Foundation, says: ‘Mouthwash clings to teeth and gums, but different ones linger for varying times depending on ingredients.

‘Antibacterial agents like the one used here will be slow-releasing and will linger to protect you throughout the day.

‘However, it can be difficult to tell whether claims made by products are clinically proven and not exaggerated.

One way to be sure is to look for the Oral Health Foundation’s ‘Approved’ logo, which means we have tested the product’s scientific evidence and it can be trusted to do what it claims. This product does not carry the logo.’ 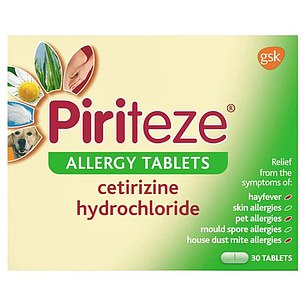 CLAIM: These tablets promise to keep allergy symptoms, such as watery eyes, sneezing and a runny nose, at bay round-the-clock by providing ‘24-hour max strength allergy relief’. The active ingredient is cetirizine hydro-chloride, an antihistamine that relieves symptoms by dampening down the histamine reaction.

‘Newer versions, including Piriteze, claim they need to be taken only once daily, as they work slightly differently — stopping all mast cell activity [the cells involved in the body’s reaction to an allergy trigger], while the older drugs only prevent further reactions.

‘The newer versions don’t provide as effective relief as the older drugs and, in my experience, taking three or four pills a day is better. But many patients are happy to put up with slightly worse symptoms if it means avoiding drowsiness.’ 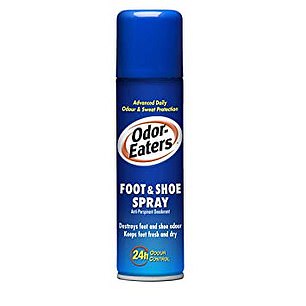 Success: This could well last for 24 hours as it has charcoal to absorb moisture and aluminium to reduce perspiration

EXPERT VERDICT: ‘This could well last for 24 hours as it has charcoal to absorb moisture and aluminium to reduce perspiration,’ says Mike O’Neill, a consultant podiatrist at BMI The Princess Margaret Hospital in Windsor.

‘But I would still advise washing your feet and changing your socks every day, as well as putting trainers — if you wear them a lot — in the washing machine every couple of weeks.’ 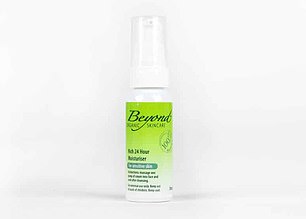 Tip: If you have very dry skin which can’t hold moisture, this is unlikely to work for 24 hours

CLAIM: Suitable for vegans, this ‘24-hour moisturiser’, the manufacturer claims, will ‘lock in moisture with its special crystalline structure’. Key ingredients include ginseng which, it says, ‘helps to smooth out wrinkles’, sunflower oil to provide the skin with vitamins and shea butter to ease dryness.

EXPERT VERDICT: ‘I am not sure what “crystalline” structure means here, but it would be reasonable to assume that it is a humectant — that means it holds the water in the upper skin layers to retain some moisture,’ says Dr Anthony Bewley, a consultant dermatologist at Barts Health NHS Trust.

‘The ingredients suggest it is also oil-based, providing a fatty layer on top of the skin that prevents water loss. This is the best combination for a lasting moisturiser, and if a patient is not washing it off, it should last 24 hours. But a lot of the emollient will come off slowly over 24 hours as the skin rubs against clothes.’

Dr Emma Wedgeworth, a consultant dermatologist in London and spokeswoman for the British Skin Foundation, adds: ‘Whether or not moisturisers that promise to work for 24 hours really deliver largely depends on each person’s skin type.

‘If you have very dry skin which struggles to retain moisture, these products are unlikely to work for 24 hours and you would need to reapply them more often throughout the day.’ 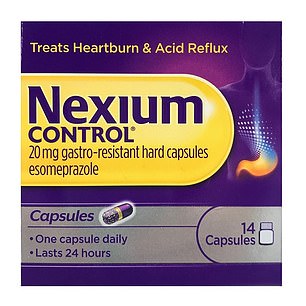 Effective: The pills have a special coating that controls the gradual release of the drug to give relief for up to 24 hours from just one capsule

CLAIM: Nexium Control capsules contain a type of proton pump inhibitor (PPI) medicine given to ease severe heartburn or acid reflux. Called esomeprazole, it works by reducing the production of acid in the stomach. The pills have a special coating that controls the gradual release of the drug to give relief for up to 24 hours from just one capsule. The packet states: ‘One daily tablet lasts 24 hours.’

EXPERT VERDICT: Sultan Dajani says: ‘The capsules do provide round-the-clock relief because of the special coating.

‘According to the European Medicines Agency, studies show that 30 per cent to 40 per cent of patients taking a 20mg daily dose banished their heartburn symptoms within a couple of weeks, compared to around 12 per cent on a dummy drug.

‘These only work if taken exactly as directed. Patients who struggle to swallow pills sometimes break the capsules and sprinkle the contents on food. But in this case, the outer coating controls the gradual release of the drug, so without that, it will provide relief for only a few hours, like any cheaper PPI.’ 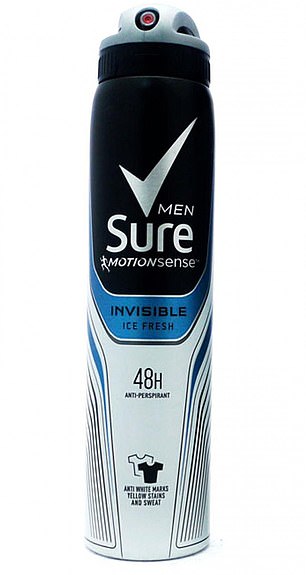 It’s all relative! How well this works depends on how much you sweat, experts say

CLAIM: The product is said to contain microcapsules that sit on the skin and ‘break as you move’, releasing a powerful clean, citrus scent that eradicates body odour.

One key ingredient is aluminum chlorohydrate, a chemical that reduces sweating by binding to water molecules in the skin and thickening them.

The reaction forms a gel-like plug that blocks sweat from reaching the skin’s surface, providing, says the manufacturer, ‘up to 48 hours of protection against sweat and odour’.

EXPERT VERDICT: ‘How well this works depends on how much you sweat,’ says Dr Wedgeworth. ‘Some people have much more active sweat glands than others and it’s very unlikely this is going to work for them for 48 hours.’

CLAIM: This is said to provide relief from colds and flu all day and night by clearing the head and nose, easing aches and pains and lowering temperature. But, unlike the other remedies here, this is not a single-use product — you are told to take a tablet every four to six hours. 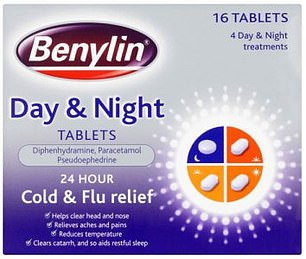 Not so sure: This is clever labelling rather than being deliberately misleading

Tablets contain 500mg of paracetamol and the daytime pills also contain pseudoephedrine, a decongestant and stimulant; while the night capsule has diphenhydramine, an antihistamine that combats runny nose and sore eyes but which also makes you drowsy.

EXPERT VERDICT: ‘This is clever labelling rather than being deliberately misleading,’ says Sultan Dajani. ‘Each pack contains enough tablets to provide 24-hour care for four days, but it’s still very dependent on them being taken correctly.’

He warns that patients who are sick, frail or elderly could easily get confused and either take the wrong drugs at the wrong time, or accidentally overdose on paracetamol by taking too many.