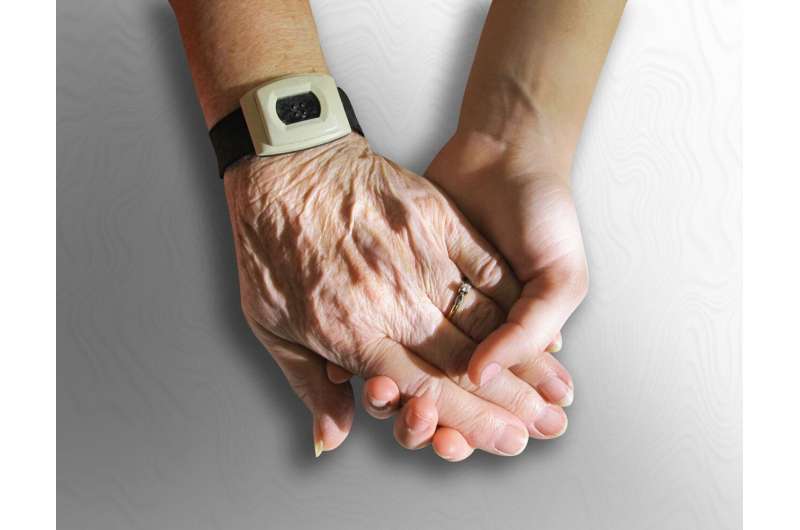 Is the grief experience different for individuals who have lost a loved one by medical assistance in dying (MAiD) compared to natural death with palliative care (NDPC)?

Previous research suggests that grief following the medically assisted death of a loved is no more challenging or complex than grief in other dying contexts, including sudden natural death or suicide. Some studies have even concluded that it may be easier.

To date, however, no one has compared bereavement following the loss of a loved one by MAiD and by NDPC, considered the “gold standard” in in end-of-life care and death preparation.

Laperle recruited 60 subjects who had been bereaved for at least six months. Twenty-five of them had lost a loved one by MAiD and 35 by NDPC. In the majority of cases (48), the cause of death was cancer.

The 51 women and 9 men first completed two questionnaires assessing different aspects of grief, symptoms of distress and the presence of prolonged grief disorder requiring professional psychological support. This quantitative component was followed by in-depth interviews with 8 members of each group.

No overall differences, but a diversity of experiences

Contrary to his initial hypothesis that grief would be easier after MAiD than after natural death, Laperle did not observe any significant differences in intensity or distress between the two groups.

The interviews showed that the experiences of the bereaved were diverse and, sometimes, mixed in both groups. And that the traces, or “imprints,” left on the bereaved individual by their loved one’s final moments and the separation brought by death could be painful, comforting or both at the same time.

“When preparation for death and acceptance of its coming unfold at a similar pace in the dying person and their loved one, the two arrive at the same point mentally and emotionally at the time of death, which makes the subsequent grieving process easier,” explained Laperle. “But if one of them accepts the impending death while the other remains in denial, this leaves imprints that are more difficult to overcome.”

But regardless of whether the loved one passed away by MAiD or naturally under palliative sedation, in which case the person gradually slips into unconsciousness and death, some bereaved individuals felt the process was rushed. In general, those who were in synchrony with their loved one experienced the death more serenely and felt it came at the right time.

Differences were also found n the subjects’ memories of the loved one. In the case of MAiD, some of the bereaved remembered the departed as a “hero” who embodied values of freedom, control, courage and/or immortality. In the case of NDPC, the departed was more likely to be remembered as the embodiment of a beauty that never fades completely although it withers. Others felt left behind by their hero, which created a even greater void after their passing.