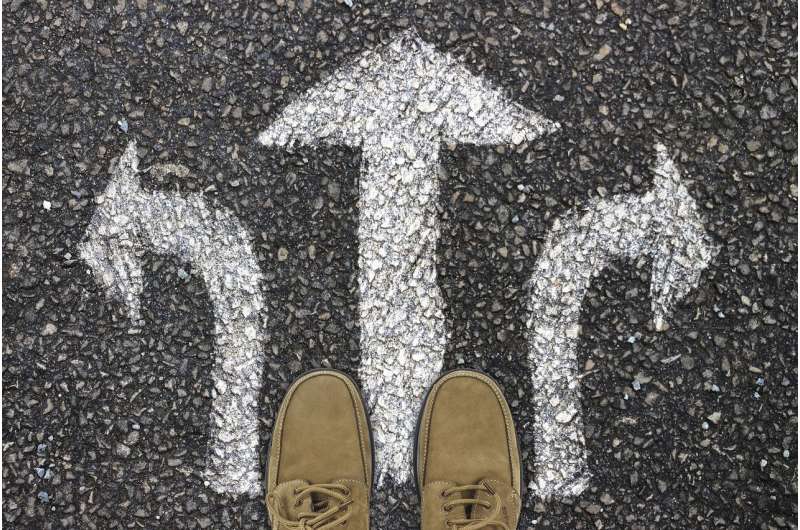 If you’ve ever wondered whether changing your mind is the best decision, then you should be reassured that your chances of success are better if you do, according to University of Queensland research.

Whether or not changes of mind are behaviorally beneficial has been the focus of a special review by cognitive neuroscientists, Professor Jason Mattingley and Dr. Dragan Rangelov, at the Queensland Brain Institute (QBI).

“It seems that people change their mind on occasions when they have made an error to begin with, so a change of mind gives you the opportunity to do better,” Dr. Rangelov said.

“When given the opportunity to change their original decision, they won’t switch.”

In a paper published in Trends in Cognitive Sciences, QBI researchers put a spotlight on metacognition—an important cognitive skill which is defined as “thinking about thinking.”

Dr. Rangelov said the review was part of a larger study on measuring a person’s readiness to change their mind as an index of their awareness of how well they are performing tasks.

“We were interested in this change of mind question, so we decided to look at the literature to see what studies have been done on that topic and what might prompt a change of mind,” he said.

“There must be something in the brain or something in human behavior that may help us predict when people are likely to change their mind in the future.”

Previous research identified a network of brain areas that are activated when people change their mind but are not activated when they are carrying out a task.

Dr. Rangelov said he suspected many people don’t like changing their mind because of previous experiences.

“It’s the same outcome both times but making the wrong decision after changing your mind brings stronger emotions than sticking with your original decision and failing,” he said.

“People tend to remember the occasions where they changed their mind and got it wrong, rather than the times when they didn’t change their mind and made a bad decision, which makes them think changing your mind is bad.