My shock cataract diagnosis and the nagging question: DR MICHAEL MOSLEY asks if wearing sunglasses even on cloudy days could have protected his eyes

For ten years I’ve had the same pair of prescription sunglasses — I’ve never needed to replace them because I hardly wear them. Even when it’s sunny I rarely bother with them, here or abroad.

My wife Clare only started wearing hers regularly a few years ago because she noticed she was wrinkling up her eyes against the sunshine. As I’ve already got crow’s feet, I’m not so bothered about squinting into the sun.

But now to our shock, Clare and I have discovered we’ve both got early signs of cataracts — and not protecting our eyes from bright sunshine may be partly to blame.

I only learned about my cataracts serendipitously. Like most people I’ve always been a bit remiss in keeping up with regular eye checks.

Although I’ve worn prescription spectacles since I was ten, I only ever booked an appointment with the optician when I thought my vision was getting worse or when Clare told me it was time to get more stylish or fashionable frames.

Then a few months ago, Specsavers approached me to take part in an eye health campaign, which launches tomorrow, highlighting the need for regular eye checks and pointing out that, although glaucoma is one of the most common causes of blindness in the UK, most people don’t realise it can cause irreversible sight loss if not detected in time and treated. 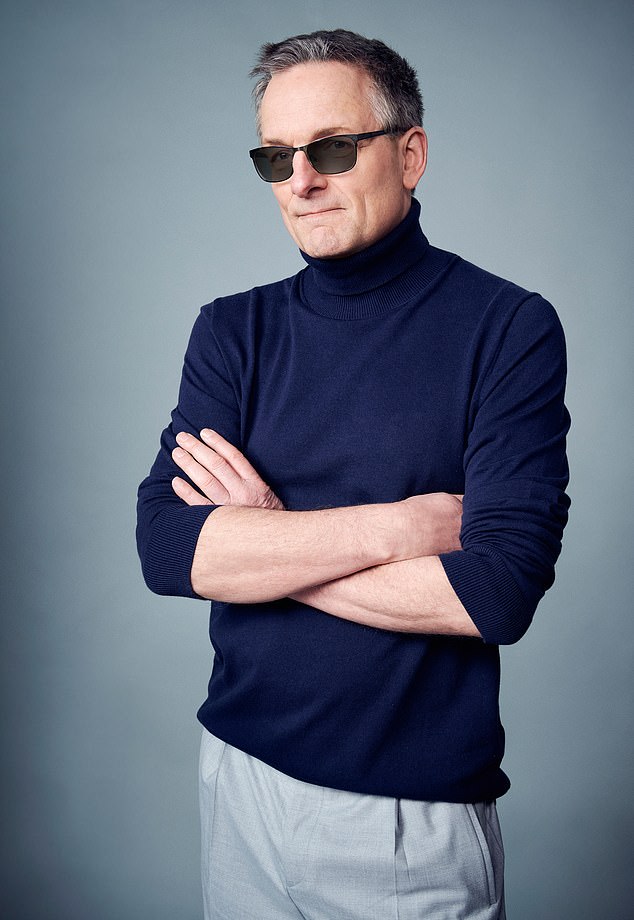 Now to our shock, Clare and I have discovered we’ve both got early signs of cataracts — and not protecting our eyes from bright sunshine may be partly to blame

The problem is that in its early stages, glaucoma is largely symptomless — it is caused by pressure building up in the eye, which damages the optic nerve, leading to a gradual loss of peripheral vision and eventually, if untreated, blindness.

But it’s not just eye conditions: your eyes really are a window into the rest of the body and a check-up can help spot early signs of conditions such as type 2 diabetes and high blood pressure (detectable through damage to the tiny blood vessels in the retina) — and even dementia (identified by fewer blood vessels and diminished blood flow in the retina).

As part of the campaign, Clare and I booked to have an eye test. And while neither of us has glaucoma, the bad news is that we both have early signs of cataracts.

I probably shouldn’t have been that surprised because they become much more common when you reach your 60s (I’m 65 and Clare is 61).

Basically the lens in your eyes starts to develop cloudy clumps of protein deposits. Over time these patches usually become bigger, causing blurry, misty vision and, unless you have surgery, blindness.

Neither of us had noticed any change in our vision, and — wrongly — I’d always associated cataracts with much older people, not youngsters like us. How could cataracts have caught up with us so soon?

Getting older and having a family history of cataracts are the most common risk factors. Others include smoking, diabetes (type 1 or type 2), long-term steroid treatment and drinking too much alcohol. None of which Clare and I are guilty of.

But the optician did suggest that too much exposure to bright sunshine, especially early in life, might also have done long-term damage. And there we have been lax.

We hear so much about the importance of protecting our skin from damaging UV rays, but the Australian Skin Cancer Foundation warns that our eyes are ten times more sensitive to the sun’s invisible UV light than our skin, and prolonged exposure to bright sunlight can hasten the onset of cataracts and also age-related macular degeneration (where your central vision deteriorates).

Anyone who lives in or goes regularly on holiday to hot countries with lots of bright light is more vulnerable — but sunlight in the UK can also do damage in the summer months. 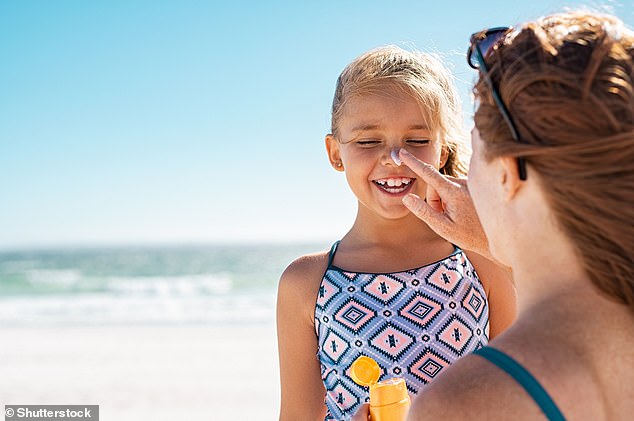 And the damage starts young: according to the World Health Organisation, 80 per cent of your lifetime exposure to damaging UV radiation occurs before the age of 18

Some people’s eyes are more vulnerable to sun damage than others: those with lighter-coloured eyes (blue, green or hazel) have less pigment to protect them against UV rays, so they are at higher risk than those with brown eyes. Clare’s eyes are hazel; mine are grey-green.

And the damage starts young: according to the World Health Organisation, 80 per cent of your lifetime exposure to damaging UV radiation occurs before the age of 18.

That’s because children have larger pupils than adults (the pupil is the opening that lets light into the eye) and they have clearer lenses (which also allow more light in). It may be significant that Clare and I both spent parts of our childhood living in Asia.

Fortunately our cataracts are at an early stage, and although there’s no telling how swiftly they will deteriorate, we can perhaps slow the progression of the cloudiness by protecting our eyes from now on.

So we have both invested in a new pair of good UV-protective sunglasses and we shall be reminding ourselves to wear them, particularly during the summer months, even on overcast days, as UV rays still penetrate cloud cover.

I have also used this as an opportunity to remind my children of the importance of protecting their eyes as well as their skin.

Ultimately, if our cataracts get much worse, we will both need surgery to remove the lens and replace it with a plastic lens. Fortunately, it is a relatively quick and simple procedure, which is normally carried out under local anaesthetic.

You can get it free on the NHS, but the downside is that you’ll usually be offered monofocal lenses, which means the lens will be fixed for either near or distance vision, not both.

It can also take up to six weeks to recover fully. So I’m keen to put that off for as long as I can.

This has been a major wake-up call, and has brought it home to me just how important it is to have regular eye checks (the NHS recommends going at least once every two years).

Clare and I will be wearing our shades much more often from now on — not because we are trying to look cool or aloof: we’re trying to keep our eyes young.

How your position can affect medication. This week: Sit down before taking angina drug

‘Vasodilation leads to a drop in blood pressure,’ explains Christopher Garland, professor of vascular pharmacology at the University of Oxford.

‘The drop is particularly pronounced if you’re standing up . . . compromising cerebral blood flow [blood flow to the brain]. This can cause dizziness and, in the extreme, you might even faint — sitting down limits this effect.’

The My Arthritis app improves patients’ wellbeing, helping them track appointments and monitor their medication and symptoms. The app was developed by Our Dorset Digital and Rheumatology Dorset, with King’s College Hospital in London and the National Rheumatoid Arthritis Society.

Dr Jonathan Marks, clinical lead at Rheumatology Dorset, said: ‘Patients engaged in their own care . . . feel more empowered and in control of their condition, which increases their chances of better health outcomes.’