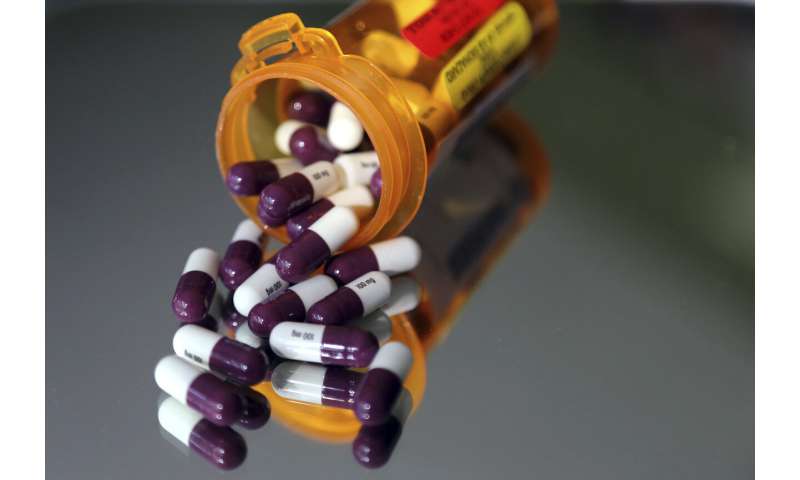 The White House is ramping up its push to get a bill through Congress that curbs prescription drug costs, feeling a new urgency as the impeachment investigation advances amid the 2020 election campaign.

The effort has progressed beyond anything seen in years, says President Donald Trump’s top domestic policy adviser. “This is a once-in-a-generation opportunity to confront these issues in a nonideological fashion,” adviser Joe Grogan said in a recent session with reporters.

“Unfortunately,” Grogan explained, “there are some current complications.”

After months of dialogue, the White House and House Speaker Nancy Pelosi have parted ways on Medicare price negotiations that Pelosi advocates and Trump—unlike most Republicans—once supported in principle.

Instead Trump is backing a compromise bipartisan bill in the Senate, which does not give Medicare bargaining authority, but forces drugmakers to pay rebates if they raise prices too high.

Grogan said the administration is working to line up Republican support for the Senate bill while trying to sweeten its impact by plowing more of the government’s savings from reduced drug prices into benefits for seniors.

“We’re really at a stage on a bipartisan basis of dialing in on the final specifics,” he said at a recent event sponsored by the Alliance for Health Policy.

The pressure is on Trump.

A Gallup-West Health poll finds that 66 percent of adults don’t believe the Trump administration has made any progress, or very much progress, in limiting the rising cost of prescription drugs.

“If I were the president of the United States, facing a very difficult reelection campaign, I would want to have something to show people in this area,” said political scientist Bill Galston of the Brookings Institution.

People in the policy debate say a deal must be sealed this year or by early next at the very latest, before election season goes into overdrive.

Medicare enrollees would be the biggest winners under either bill.

The bipartisan Senate legislation would cap what Medicare beneficiaries pay out of pocket for medicines and require drugmakers to pay rebates to Medicare if they hike prices above the inflation rate. Its lead authors are Sens. Chuck Grassley, R-Iowa, and Ron Wyden, D-Ore.

But Majority Leader Mitch McConnell, R-Ky., has made no public commitment to bring it to the floor.

The more ambitious House Democratic bill would build on the Senate’s foundation but also authorize Medicare to negotiate prices for the costliest drugs. That would limit high launch prices for new drugs, not just price increases. Medicare’s discounts would be provided to privately insured people as well.

Pelosi is driving toward a floor vote, but right now neither bill has a clear path to Trump’s desk.

Some Democrats contend they’d be better off taking Pelosi’s bill into the election campaign rather than giving Trump a bipartisan bill he’d claim credit for.

But Colorado Sen. Michael Bennet, a 2020 Democratic presidential candidate, says his party should think carefully before going to the voters empty-handed.

“I think it’s critically important for the country for us to get a bill done—a drug-pricing bill is long overdue,” said Bennet.

“It’s always better to get a result,” he added. “And if we don’t get a result, we need to draw the lines very clearly, so people can see it’s the administration that prevented us from getting a result.”

Bennet is backing the Senate compromise and also pursuing his own legislation allowing Medicare to negotiate drug prices.

Most pro-business Republicans see government-negotiated drug prices as unacceptable interference in the private market. But not Trump.

In 2016, he campaigned on giving Medicare the power to negotiate. Pelosi’s bill is a not-so-gentle reminder to Trump the 2020 candidate of his politically popular 2016 promise.

“House Democrats are taking the bold action to negotiate lower drug prices that President Trump always claimed was necessary and working people won’t like it if he sells them out on one of the most important kitchen table issues in America right now,” said Pelosi spokesman Henry Connelly.

With weeks until the end of the year, impeachment is draining the political energy in Washington. If nothing happens, the clearest winner will be the drug industry lobby, which has poured millions of dollars into a fight seen as an existential threat to its political influence.