If you hang around any runners long enough (or live with one) you will hear us constantly talking about injuries, the best races to do, the races to avoid, which shoes will help achieve that elusive PB, split times, what the best watch is to track those runs with and of course what food we are all eating.

Where the conversation differs between the genders, though, is around the topic of safety. Men usually just don’t consider it when they go for a run in the same way women do. Men will generally run anywhere at any time. Sure, they might think about running in the dark and not being able to spot trip hazards as my friend, Chris, mentioned recently but personal safety? Nope – it usually just isn’t a consideration for most men who run. I

t doesn’t mean that some men don’t consider their personal safety but its just not in the same way or numbers that women do. 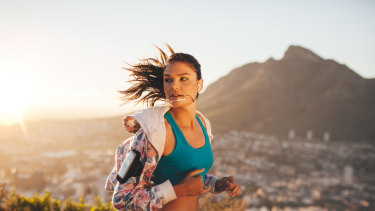 The issue of personal safety when women venture out to exercise is often a reason why women stop exercising. Credit:Shutterstock

Women have a whole other view about safety when we run.

Back in 2016 the editor of US Runners World was talking with his female staff when the topic of safety came up. He was shocked when they all said they had been harassed at some point when out running, felt less safe and had changed their routine because of it.

A stark 58 per cent of women under 30 said they experienced harassment always, sometimes or often when out on a run.

He commissioned a survey of its readers (men & women) and found a shocking 43 per cent of women had been harassed on a run compared to only 4 per cent of men. For women under 30 the numbers were more stark – 58 per cent said they experienced harassment always, sometimes or often when out on a run.

Women thought more about how many people would be out on the route they ran more than men did – 71 per cent to 35 per cent.

In the comments, women recounted stories of being harassed, of having to give up running outside due to safety or to ensuring they only ever ran in packs to feel safe. Plenty of men also commented – for many this was a revelation. For others they had listened to the women in their lives speak of their fears and made sure they ran with them – always. For all the women who responded – 94 per cent said men were the primary perpetrators.

As a runner, none of this is a surprise for me. When I lived in New York one of the doormen in my building used to insist I tell him which way I was going on my morning runs and had me check in when I returned so he knew I was safe. He said he never asked the male runners to do the same thing. As recently as two weeks ago, I was followed on my morning run. I got that prickly feeling that you get when you know you are being followed.

As recently as two weeks ago, I was followed on my morning run. I got that prickly feeling when you know.

To make sure it wasn’t just someone going the same way I was I changed direction, darted down other streets but he remained behind me getting closer. I ran out to the main street where it was light and people were around and he stopped and turned away. I then had to take a different way home and cut my run short – upset at what had happened and angry as hell that he had done that.

As a result, I don’t start my runs heading that way anymore – I’m too scared he may be there again. I also don’t leave my house before 5.45am due to safety concerns and always run in the middle of the road where the light is better. As for wearing headphones? Nope – I need to be able to hear if someone is coming up behind me in the dark, and among the other women I know who run in the dark this is not uncommon.

What we wear also does not protect us from being harassed. On that morning two weeks ago I was in long leggings and a long sleeve shirt. I stopped running in crop tops without a T-shirt many years ago – so I was so fed up about being catcalled. When I run in summer, I feel uncomfortable wearing anything less than a singlet when it’s hot (uncomfortable but the lesser of two evils), whereas men don’t think twice about running shirtless in the heat.

Safety fears are a common reason women stop exercising. Media reports of women being killed when out running in the US in recent years have caused women to be concerned here, too.

A quick Google search on running safety was largely focused on what women can do to keep safe – change their route, don’t wear headphones, let someone know where you are going and when you will be back. There was no mention of what men need to do to stay safe when running.

Women are told not to run alone to stay safe, as if this is new information to us. We are raised from birth to stay together to be safe, but asking women to have to organise someone to run with every time they go out is impractical and ridiculous when you consider men are never told not run alone or to organise a group. The thing keeping women runners scared is the question if men feel that they have a right to honk, catcall or follow us when we run, how do we know what else they may feel entitled to do?

Women runners just doing their thing need the support of men. Our male allies should be angry that women they know (and those they don’t) are experiencing this when they run. Whether we are running on our own or with others it happens far more than you may think.