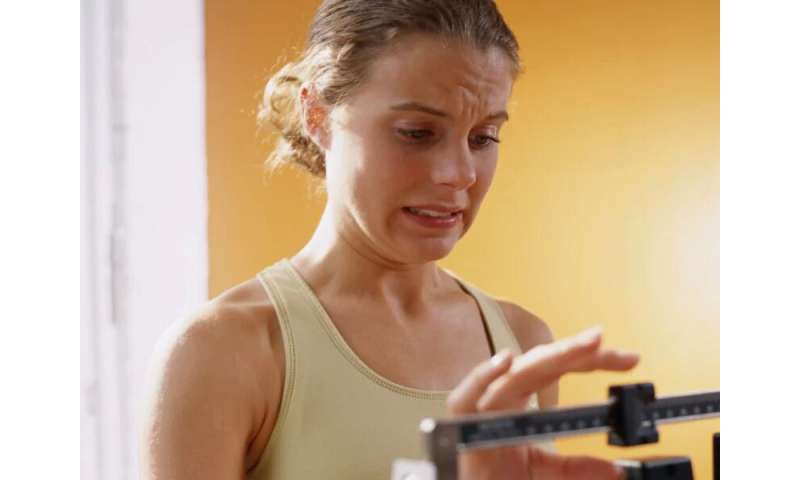 (HealthDay)—It’s not easy maintaining a healthy weight. Even when you manage to drop a few pounds, they often return.

Why would the body seem to encourage obesity?

New research suggests the answer lies far back in human evolution, with an anti-starvation mechanism that primes the body to store fat.

The key to this mechanism is a protein dubbed “RAGE,” according to New York University (NYU) scientists working with mice. They believe RAGE evolved to help keep ancient humans from starving when food was scarce.

But today, in times of plenty, there’s a glitch at work: RAGE is produced to combat the cellular stress caused by overeating.

The protein seems to mistake this stress as similar to starvation, and so it switches off the body’s ability to burn fat. The result: fat becomes easy to accumulate, but tough to shed.

Still, there’s a silver lining to all of this, the NYU team said, because the research might lead to anti-obesity drugs.

“Our thinking is that RAGE is targetable. When we put mice with no RAGE expression at all on a high-fat diet, they ate the food but were not becoming obese,” explained study author Dr. Ann Marie Schmidt, from the NYU School of Medicine.

And a lack of RAGE appeared to be safe, at least for mice. “When you totally delete RAGE in mice, they have normal reproduction and no problems with cognition,” she said.

The researchers hope that because RAGE seems to be active just during times of metabolic stress instead of during everyday functions, taking it away won’t create problems.

But don’t pin your hopes on a RAGE-deleting drug just yet.

Schmidt was quick to note that any such drug is a long way off yet because the research is currently in mice. Findings from animal studies don’t always translate to humans.

In addition to limiting the body’s ability to burn fat, RAGE also may contribute to inflammation throughout the body. So, along with taming obesity, it’s possible that removing the RAGE protein might help with some of the inflammatory consequences of obesity, such as diabetes, cancer, hardening of the arteries and Alzheimer’s disease, according to the researchers.

And, Wood said, “obesity is a very complicated problem, and I think these findings are an oversimplification.”

But Wood noted that it’s possible the RAGE protein plays a role in excess weight. It’s just not likely the only factor in the development of obesity.

“I don’t think there’s one switch or any one thing that can solve this complicated issue. There’s no magic bullet for obesity,” he said.

Right now, if someone wants to lose weight, they have to commit to lifestyle changes, Wood said. And, that’s true even if someone has weight-loss surgery. He added that the most significant change comes from eating fewer calories. Exercise is a healthy habit, but only a small component of weight loss.