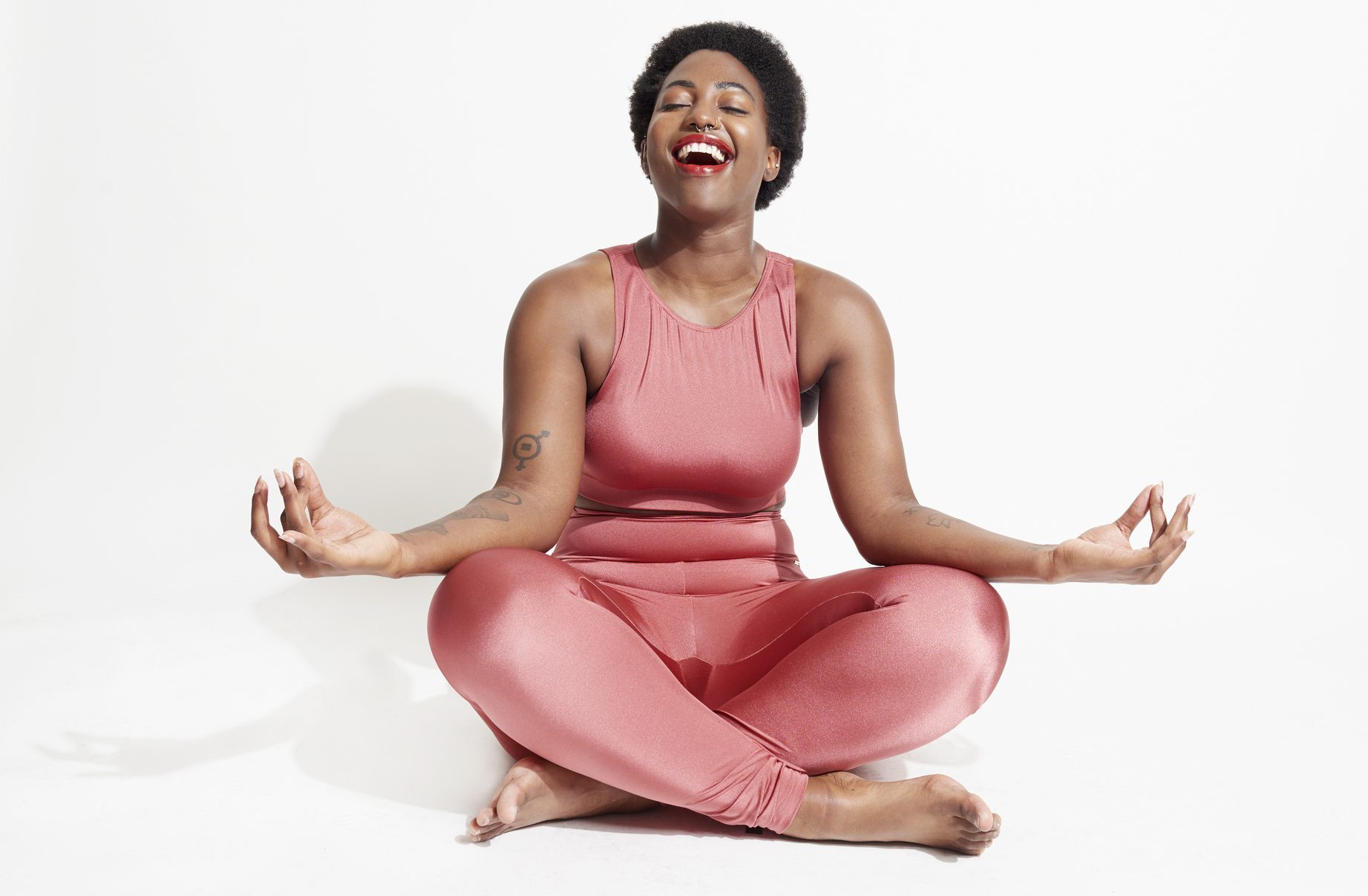 We’ve officially ticked over into the second half of January, which means the motivation to stick to our often hastily declared New Year’s resolutions is hitting new lows.

No, seriously, January 16 is apparently a shocker of a day for our drive. And that’s not forgetting the so-called ‘Quitter’s Day’ (the second Friday of the year).

Yes, according to a new study, today is the day a whole bunch of us will throw in the (gym) towel on our new year’s health kick.

In the New Year survey to really light a fire under our resolutions, MyFitnessPal took an in-depth look into the habits of the nation and discovered the exact date most Brits give up on their health and fitness goals: hello January 16 AKA today.

The study (which involved 2,000 UK-based respondents, commissioned by MyFitnessPal and conducted by Perspectus Global during September 2022) also showed 31% of those who embark on fitness resolutions will quit by the end of the month, with 28% saying they simply get bored (we can feel it) while 19% blame bad winter or January blues as to why they fall off the bandwagon year after year (yep, that’s a vibe).

Three in 10 say they set themselves an overly ambitious fitness goal in the New Year – like running a marathon or going to the gym every day – only to give up pretty much straight away.

Food also came into play, with things like chocolate, a Full English breakfast and a cheeky Chinese takeaway polling as some of the meals that sidetrack our healthy eating goals the most.

And although two-thirds (65%) agreed that going on a diet or starting a new fitness regime in January was one of the most broken resolutions ever (let’s not skirt around the fact the conversation around resolutions can still be really, really toxic), a quarter of the Brits polled still find themselves starting a new health kick at the beginning of every year.

While we know we reach for that still-lingering Christmas chocolate before breakfast because, well, we’re human, for those who want to try and stick at their goals a little longer than 16 days into the year we’ve rounded up a few helpful hacks and products that may help us on our quest for wellness in 2023.

Try a new fitness app to keep you accountable

It’s all very good to set lofty aims of getting yourself up every morning and heading to the gym solo, but when there is no one there to keep you accountable we’re much more likely to hit snooze (especially when it’s this cold).

There are a range of fresh fitness apps on the market that not only keep you accountable, but mean you don’t even need to leave your flat to get stronger if you don’t want to.

Apps from the likes of Alice Liveing, Joe Wicks and Davina McCall offer on-demand fitness classes and work-outs, nutrition and progress trackers and advice from industry experts to help you towards your wellness goals.

And even better – they’re all fairly affordable, so everyone can get themselves stronger and fitter in 2023.

You could slog it out on a treadmill for half an hour, or you could engage new muscles and mix things up in the gym or at home to evoke a bit more of that motivation we’re searching for.

Sports scientist, personal trainer and strength and conditioning specialist Luke Worthington’s 3 x 52 app is built around the idea that you only need to do three full body workouts per week.

To view this video please enable JavaScript, and consider upgrading to a webbrowser thatsupports HTML5video

Luke explains: ‘The vascular system refers to the network of veins and other blood vessels in the body. When we exercise the blood vessels are required to transport blood to and from the working muscles, driven by the pumping action of the heart. Together these make up the cardiovascular system.

‘For example, when you perform a set of squats, this system has to work hard to pump blood to the muscles in your legs whilst you’re performing the exercise. If the next exercise in the superset is in your chest and arms, your cardiovascular system has to then send all the blood up to your upper body. This places a higher demand on your cardio system. As you keep going round the circuit, you have to send the blood from one end of your body to the other, essentially “shunting” it.

‘By being smart about how we pair exercises together, you’re not only working your muscular skeletal system, but also putting a demand on your cardiovascular system.’

In short, this means more bang for your buck in terms of calorie burn as there’s a higher metabolic demand and while Luke says that you can invoke a venous shunt in other disciplines like Tabata, it works best for circuits.

Of course, let us remind you to seek expert guidance when undertaking any new exercise regime to make sure it’s right for you.

All the gear, some idea

It’s amazing how we can encourage ourselves to get motivated when we have the right kit.

And you don’t have to spend a small fortune on new workout threads, either, with George at Asda’s range starting at £8.

Aldi is also ticking into our resolutions with a range of at-home equipment to get the blood pumping. Gymtimidation be gone!

Make sure you put an emphasis on self-care, too

There is absolutely no point in pushing yourself to succeed with your goals if you’re not giving yourself time for R&R. We’re taking self-care into 2023, peeps.

If you’re pushing yourself physically and then feeling less than optimal the next day, Lush has you covered with its first foray into the world of fitness.

Give those sore muscles some TLC with one of its magnesium-packed massage bars or its ingenious Epsom salt cubes, which put an end to not quite knowing how much to pour in the bath.

Fitbit is another tech brand that’s well-known and well-established, but is continuing to expand what its products offer.

There’s scarcely a health metric that the Fitbit Charge 5 can’t track, including the likes of menstrual health and sleep quality.

The Hot Girl Walk of 2023, if your TikTok For You page is anything like ours, you’ll see walking pads all over it, which fit snugly under your desk so you can get your steps in while you work (a walking meeting, anyone?) and slots in nicely against the wall for when you want to have a sit.

Instead of creating resolutions that are wildly unrealistic, like going to the gym every day, or not eating chocolate, like, ever again, why don’t you start with small, achievable goals that will build into brilliant habits over time?

There’s also such a thing as a fitness chair from FlexiSport, if that’s more your (literal) speed, that lets you simulate walking and even cycling while your colleagues on Zoom think you’re just sitting there.

If your resolution is to drink more water, make cleaning your bottle the easiest thing possible. Because, let’s be honest, we need to eliminate anything that could derail our best intentions.

For that, LARQ have an ingenious fix.

This bottle uses UV-C LED to self-purify, cleaning itself and removing bacteria and viruses all without you having to worry about washing it out properly.

The bottle is also ultralight, making it perfectly portable.

Tips from the experts:

Confidence coach Hattie MacAndrews says: ‘Before you set your goal in stone, stop to ask yourself why you want to achieve this.

‘Often, we set goals because we feel like it’s something we ‘should’ be doing, or that it’s actually something everyone else wants to achieve.’

For example, if you want to start running once a week – ask yourself why.

The reasoning is completely up to you, but knowing why you’re doing something makes it more likely to stick.

At the end of the day, when completing your task starts to get tough and your motivation begins to dwindle, having this clarity on your ‘why’ is what will keep you going. Your intent has to be crystal clear if you want a shot at success.

AKA tying your new habit to an existing one

Psychologist Madeleine Gauffin says: ‘Researchers have found that it can take an average of 66 days before habits become automatic, so start a new habit by adding it to something you already do every day.’

For example, after brushing your teeth, add a few minutes of meditation to your routine. If you want to start journaling, try doing it straight after a meal.

Think of these as micro-goals you can tick off each day, week and month until you finally reach your ‘end goal.’

McAndrews says: ‘Making, and sticking to goals is all about finding your first step. By step, I mean a small, sustainable, achievable baby step. No big leaps yet.

‘Once you’ve defined your end goal, you can start working backwards to break it down until you figure out what your very first step needs to be.’

Get support to stay motivated

If you want to keep your New Year’s resolutions a one-man mission, then try to make your environment a more supportive place.

Psychologist Barbara Santini says: ‘Support may also be in the form of positive reinforcements in your room or work station, including having written reminders on the desk, wall, or phone.’

Santini adds: ‘If you want to exercise more, be joined by people with the urge to gain benefits from exercise.

‘Let it not be people who can pull you backwards to your old behaviour.’

Read more from the experts here.