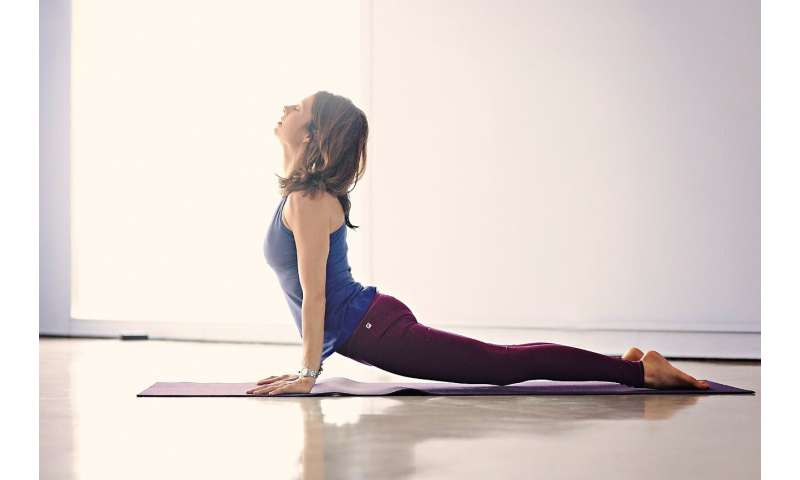 When Rebecca Acabchuk was studying mild traumatic brain injuries while working on her doctorate in physiology and neurobiology at UConn, she met a student athlete who had suffered multiple concussions.

“When I started doing research on concussions, people just started coming to me,” Acabchuk says. “Families at my daughter’s school, anytime somebody had a concussion, I would hear about it—I would hear these personal stories and all the struggles of people who had concussions and their symptoms just didn’t resolve.”

So it was for the student athlete, who told Acabchuk that she would experience seizures when a smoke alarm went off in her dormitory.

“All of these symptoms she would have to struggle with—really profound symptoms—are an invisible injury,” says Acabchuk, who earned her Ph.D. in 2016 and is now a post-doctoral fellow with UConn’s Institute for Collaboration on Health, Intervention, and Policy, or InCHIP. “People think you should be better, the injury happened so long ago. Why aren’t you better? And then more frustration comes in when your doctor says just to rest, there’s nothing else that can be done, but you’re still getting headaches or feeling fatigued or depressed.”

Chronic concussion symptoms are notoriously difficult to treat. But Acabchuk—who is also a yoga instructor in Hebron, and has been teaching yoga for 17 years—is hoping that a recently published InCHIP study, the first-ever meta-analysis looking at the use of yoga, meditation, and mindfulness-based interventions for the effective treatment of chronic concussion symptoms, will offer hope to those still struggling with their symptoms. The study was recently published in the journal Applied Psychology: Health and Well-being.

“This was really a passion project for me in the sense that it combines these two areas of interest, concussion work with yoga and meditation,” says Acabchuk, who is the study’s lead author. “We know from other studies that yoga and meditation may be helpful for reducing systemic inflammation, and we know that they are helpful for increasing self-compassion and reducing rumination if people are dealing with symptoms of depression.”

Most studies looking at the effectiveness of yoga, meditation, and mindfulness on concussions have been small. For their meta-analysis, Acabchuk and her team pulled together data from 22 different studies, including both published and unpublished work, that all together included a total of 539 study participants, and looked at the impact of the three interventions on outcome categories—including mental health, physical health, cognitive performance, quality of life, and social/occupational performance—and on specific health outcomes, like depression, attention, anxiety, and fatigue. The team then applied advanced meta-analytical methods to compile and assess the results of those studies.

“The main results that we saw were significant reductions in depression and fatigue,” Acabchuk says. “Especially with fatigue, it was a large effect size, which is impressive in the sense that fatigue is a difficult symptom for patients to deal with.”

The meta-analysis found that mind-body interventions consistently provided symptom improvement across nearly all measured outcomes. The trends were remarkable, the researchers noted, because of the variety of patients enrolled in the studies, and the known difficulty of relieving chronic concussion symptoms.

Acabchuk says more and larger studies are needed to further investigate the benefits of yoga, meditation, and mindfulness in concussion treatment plans. She also says that more study is needed to help researchers and the general public understand the mechanisms by which these types of interventions promote healing and reduce concussion symptoms.

But importantly, including some sort of yoga, meditation, or mindfulness practice as part of a treatment plan for a mild traumatic brain injury appears to involve no adverse effects for the patient, she says—so there’s little downside to giving it a try.

“Think of the brain almost like an ACL—if you tear your ACL, you’re going to rest it, but you’re also going to take steps to rehabilitate it,” Acabchuk says. “If you think of the brain in that sense, a concussion is also like a rehabilitation injury in that, through rehabilitation, you can strengthen certain pathways in the brain. And we think the tools to help do that are breath-work, meditation, and mindful movement through poses from yoga.”