Since its original discovery in 1942, immunofluorescence staining has remained a highly reliable and powerful technique for a wide range of research and diagnostic purposes. 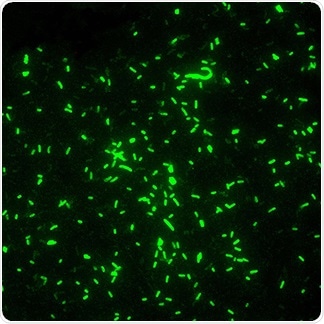 In general, fluorescence antibody (FA) techniques will involve the use of cells or an antibody, whose constant region has been tagged with a fluorescent label otherwise known as a fluorophore. FA techniques are often categorized as either direct or indirect.

The direct FA technique, which can otherwise be referred to as direct immunofluorescence (DIF), involves the use of a single fluorescently labeled primary antibody that is used to bind to a target antigen. When used clinically, DIF is particularly useful for the rapid diagnosis of bacterial diseases like Streptococcus pyogenes, which is more commonly known as strep, as well as pneumonia that is the result of either Mycoplasma pneumoniae and Legionella pneumophilia species.

For such diagnostic purposes, the patient sample is first placed on a microscope slide and then exposed to the fluorescent antibody. Any binding between the fluorescent-tagged antibody and the target antigen, which for these situations would be bacteria, will cause these substances to illuminate upon examination with a fluorescence microscope.

In addition to its use as a diagnostic tool, DIF is also widely used for scientific research studies. For such purposes, a frozen tissue sample that has been cut into 5 or 6 micrometers (µm) thin sections are placed onto a glass slide.

The slides are then incubated with a fluorescent-tagged antibody, which will typically include a panel of antibodies that are directed against IgA, IgG, and IgM antibody isotypes along with complement 3, that is targeted against the antigen of interest.

Note that the concentration of the antibody used for this type of study will be based on previous experiments that have confirmed which concentration can achieve the highest signal-to-background ratio.

After the slides have been incubated for at least 30 minutes in the dark and at room temperature, slides are washed and then imaged with a fluorescence microscope.

Although IIF is considered to be more complicated than DIF, as it takes longer to complete and requires the use of two compatible antibodies, it is superior in terms of its sensitivity capabilities.

Some common clinical applications of IFA tests include those used for the diagnosis of syphilis. For this type of IFA test, T. palladium cells that were previously isolated from a research animal is isolated and placed onto the surface of a glass slide. A serum that has been acquired from a patient is then spread over the T. palladium cells to allow for anti-treponemal antibodies, if they are present, to bind to the fixed antigens.

Another type of IFA that is widely used in clinical settings is that which is used for the diagnosis of systemic lupus erythematosus (SLE). Patients with SLE, which is an autoimmune disease, will have an increased level of circulating anti-nuclear autoantibodies (ANA) that are targeted against both DNA and various proteins that bind to DNA.

For this type of IFA test, cells are cultured and then placed on a glass slide. Each slide is then incubated with a different concentration of the patient’s antibody, which is then washed to remove any unbound proteins.

After the wash step, a fluorescent-labeled secondary antibody, which for the ANA test will be antihuman IgG, is added to the slides and allowed to incubate. A titer of the ANA in the serum is then obtained from the highest serum dilution that showed fluorescence and used to determine an SLE diagnosis.

The third type of fluorescent antibody technique includes flow cytometry, which is an automated cell-counting system that can be used to quantify specific cells that are present in complex mixtures such as blood or serum.

A typical flow cytometry experiment will begin with the incubation of a fluorescently-labeled antibody that is targeted against a specific subpopulation of cells, such as anti-CD4, which can bind to the glycoprotein CD4 found on the surface of various immune cells including T helper cells, monocytes, and macrophages. Flow cytometry can also quantify the presence of multiple cell types by using appropriate cell makers.

After the incubation has been completed, the sample is then introduced to the flow cytometer. Within this machine, a narrow capillary force the cells present within the sample to move through in a single file. As the cells move through the capillary, a laser is used to activate and excite any cells that have been tagged with the fluorophore.

The fluorescence intensity of each excited cell is then measured by both forward- and side-scatter detectors and depicted on a histogram for analysis. Aside from quantification purposes, both flow cytometry and immunofluorescence can be used to sort cells into purified subpopulations for research purposes through a technique known as fluorescence-activated cell sorter (FACS).