Summer is in full force by the time Fourth of July weekend rolls around every year — and so are the opportunities to injure oneself.

Doctors who have worked in the emergency room during the holiday weekend told ABC News that they often see the same types of incidents every Independence Day, including sunburns, poison ivy rashes, underage drinking and fireworks injuries.

But that doesn’t mean they haven’t treated some out-of-the-ordinary cases as well.

Here are some Fourth of July tales from the emergency room:

Someone call the bomb squad

Jamie Coleman, a trauma surgeon at Indiana University Health Methodist Hospital in Indianapolis, said the bomb squad had to be called in for one of the “craziest” cases she’s ever seen, which happened on a Fourth of July weekend.

The incident involved fireworks that were the largest consumers in Indiana could buy without needing a license, Coleman said.

While the firework was being lit at a backyard party, one of the explosive mechanisms — a metal ball about four inches in diameter — misfired, Coleman said. Instead of launching the firework into the air, the metal ball came out of the side of the firework and became lodged inside the patient, she said.

Since the explosive did not detonate, it still had the potential to explode, and the bomb squad had to be present during the man’s emergency surgery to remove it, Coleman said.

“They’re there to protect it and ensure that it doesn’t go off once they’ve removed it, ensuring the safety of everyone in the operating room,” Coleman said of the bomb squad’s role.

As soon as the explosive device was removed from the man’s body, doctors “very carefully” handed it to the bomb squad, who then disposed of it safely, Coleman said.

“This stuff is so crazy sometimes — what we do and see,” Coleman said. “You just can’t even make it up.”

Firecrackers and cake do not mix

Some years ago, a Fourth of July prank lead to a trip to the emergency room for a group of teenagers in New York City, said Robert Glatter, an emergency physician at Lenox Hill Hospital on the Upper East Side.

During a party, the teens adorned a cake — which was decorated festively for Independence Day — with sparklers. But, one of the sparklers was actually a firecracker, Glatter said.

After the blast, the group took an Uber to the emergency room, where they were treated for minor injuries such as facial abrasions and a ruptured eardrum, Glatter said.

When the teens arrived at the hospital, they were covered in cake and red, white and blue icing, because they didn’t think to stop and wipe it off before they left, Glatter said.

None of the teens suffered eye injuries, since they were already wearing goggles so they could spray champagne on each other, Glatter said. Eye injuries are typical in accidents involving firecrackers, Glatter said.

The blast effect from the firecracker was probably lessened since it was lit outdoors, Glatter said. Had it exploded inside, the pressure from the blast effect could have led to more serious injuries such as ruptured bowels or a collapsed lung, he said. 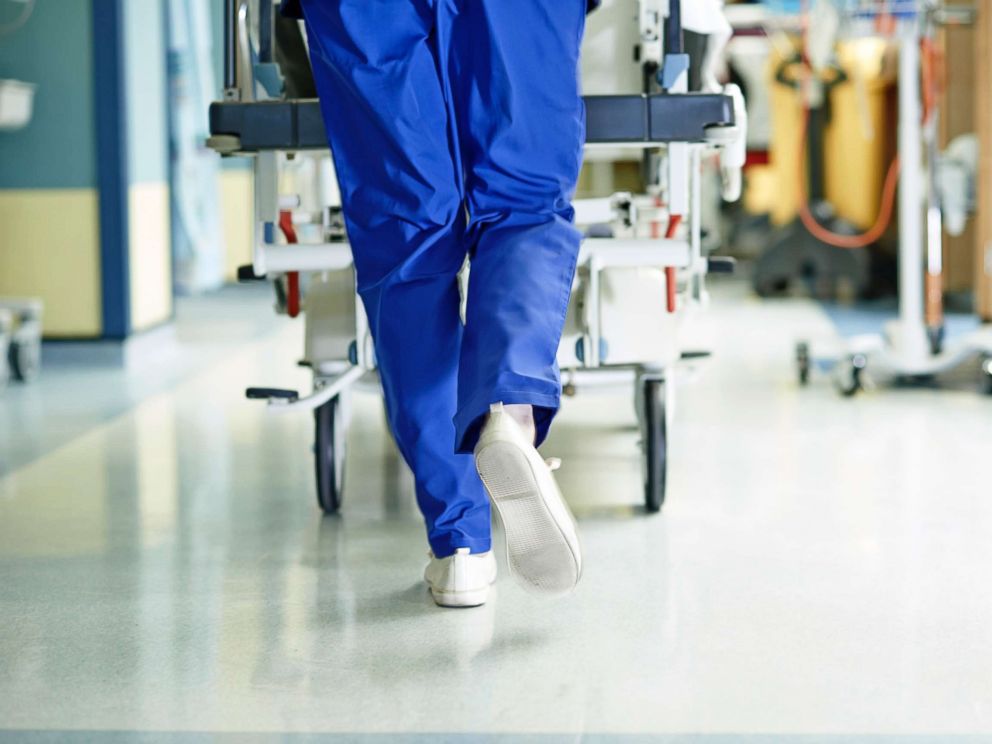 The boy who cried ‘burn’

In 2016, a teen about 14 years old had to be medically evacuated from northern Michigan to Helen DeVos Children’s Hospital in Grand Rapids after he fell into a campfire, said Erica Michiels, associate director for the hospital’s pediatric emergency department.

First responders had initially reported to doctors that the teen was “burned black” and sustained surface burns to more than 30 percent of his body, causing his family and emergency physicians to fear the worst, Michiels said.

When the boy arrived, “he had soot all the way up to his waist,” Michiels said. Hospital staff got him to the emergency room to wash him off and to better see the burns, but they weren’t there.

The teen merely had one burn the size of the palm of his hand near his ankle, Michiels said.

“The rest was just soot from falling into the fire,” she said.

The boy’s parents may have over-inflated the sense of danger because he was “screaming and yelling and floundering around” after he fell into the campfire, Michiels said.

“I think his anxiety was contagious and made everyone think … he must be really, really injured,” she said.

The boy’s family and the healthcare professionals looking after him were all “relieved” when they realized his injuries weren’t so serious, Michiels said, adding that the medical staff “learned a lesson” that day to not get too carried away before they have a full understanding of the patient’s injuries.

Don’t panic if the poop is blue

Michiels saw another incident in 2016 in which parents panicked a bit too prematurely.

A “terrified” mother brought her infant into the emergency room the day after Independence Day because she thought the baby had contracted “some sort of horrible infection,” Michiels said.

The cause for concern: bright blue poop.

The mother brought doctors the baby’s diaper in a Ziploc bag, and when they opened it, the “sweet, fruity smell” was “overwhelming,” Michiels said.

The family had been at a picnic the day before, where someone had brought a big bowl of blueberries, which the baby had never had before, she said. The infant “loved” the fruit and ended up eating a handful.

“When babies eat fruit, it passes through their system fairly quickly,” Michiels said. “You wind up with this sweet-smelling, dark-colored poop.”

Michiels said parents should only be worried if poop is white, black or red.

“All other shades of poop are usually OK,” she said.

Safety tips to keep in mind for the holiday weekend

Fireworks are best left to professionals, Coleman said, adding that every year she amputates fingers due to fireworks accidents.

Even the most seemingly innocuous items, such as sparklers, are a cause for concern, Coleman said. Sparklers can reach up to 1,200 degrees Fahrenheit, and physicians see sparkler burns almost every Fourth of July, Michiels said.

“Just the quickest touch to a child’s hand will give them a pretty significant burn,” Michiels said.

Glatter advised that people celebrating watch the amount of alcohol they imbibe, which, combined with setting fireworks off or swimming, could be a “perfect recipe for disaster,” he said.

Another safety concern to keep in mind is monitoring children near water at all times, Michiels said, adding that every Fourth of July, she tends to see at least one patient who has drowned.

During a pool party or beach outing, there are usually several adults around but not one particular person who is looking after the kids, she said.

“We often see a drowning event of a child where there were many, many adults right in the vicinity who could have rescued that child had they known the child was in trouble,” she said.

Michiels said a common misconception is that if you don’t hear anyone yelling for help, everything is fine.

“In truth, drowning is almost always a silent event,” she said. “You can’t hear someone calling for help because the person who is floundering is doing everything they can to get that breath in. They don’t have that extra energy to call out for help.”