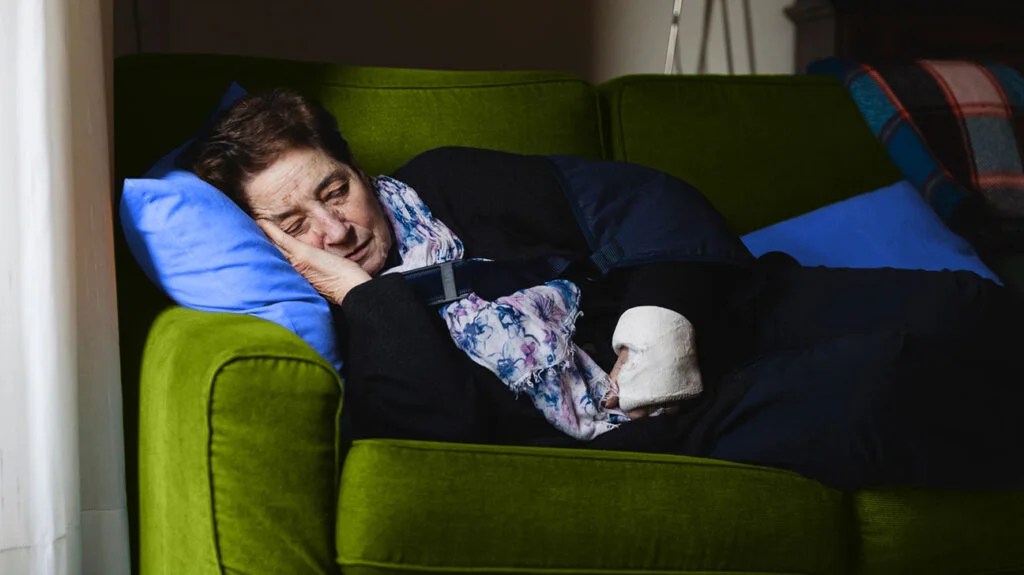 According to a new study by researchers in China, frequent naps could be a risk factor for high blood pressure and stroke.

The study, published in Hypertension, a journal produced by the American Heart Association, is the first to look at whether frequent napping was linked to high blood pressure and stroke by using both observational analyses of participants over a long period. Researchers combined the method with Mendelian randomization, where scientists use genetic markers to examine whether a risk factor can cause a particular disease.

For the observational analysis, the researchers analyzed data from the UK Biobank. That study recorded genetic and health data from more than 500,000 participants ages 40-69 living in the United Kingdom between 2006-2010.

Participants who already had hypertension or a stroke by the beginning of the study were excluded from the results. Ultimately, researchers looked at 358,451 participants to study the association between the frequency of naps and first-time reports of stroke or high blood pressure. Researchers divided the participants into groups according to the frequency of nap-taking categories: usually, sometimes, and never/rarely.

Napping as a signal of potential risks

With the prospective observational analysis, researchers found participants who napped in the daytime more frequently were more likely to be male, older, non-European, less educated, have a lower income, have a higher body mass index, waist-hip ratio, and Towsend deprivation index (a measure of material deprivation). These frequent nappers also reported having worse health overall, and were also more likely to sleep for a longer period and to have sleep problems like snoring.

Lack of diversity in participants

Researchers combined the prospective cohort and Mendelian randomization results for their comprehensive study. The converging evidence from the different study methods indicated higher napping frequencies might represent a risk factor for hypertension and stroke.

The researchers list several limitations of their study, including the fact that only the frequency and not the length of naps were considered. Additionally, Dr. E. Wang, an author of the study and professor and chair of the department of anesthesiology at Xiangya Hospital Central South University, pointed out to Medical News Today in an email that the participants in the UK Biobank were a fairly homogenous group. The participants were, Wang wrote, “predominantly middle-aged Europeans” and that they “might not be generalizable to other racial groups.”

The biological mechanism for why napping impacts blood pressure or strokes also needs to be understood and researched next, Wang wrote to MNT.

To nap or not to nap

While this study found daytime napping may be associated with an increased risk of high blood pressure and hypertension, several other studies, like this one from 2021, suggest daytime napping may improve cognitive performance. “Whether nap is good for health is controversial,” Dr. Wang wrote to MNT.

The body of research on napping suggests to Dr. Wang that for middle-aged people, a daily nap of between 15 and 30. minutes “might be the best and was not associated with the risk of cardiometabolic disease.”

Dr. Yu-Ming Ni, a cardiologist at MemorialCare Heart and Vascular Institute at Orange Coast Medical Center in Fountain Valley, California, told MNT that the naps on their own likely aren’t the problem. It’s that a person who feels compelled to nap during the day may not be getting enough sleep or good quality sleep.

“If you’re one of those people … you should ask yourself, ‘Why is it that I feel the need to nap later in the day? Is there something I can do about the way that I sleep [so that] I have better energy later on so that I won’t have to take a nap?’” Dr. Ni explained. “If you can answer that question, I think that will go a long way toward understanding whether you are at risk for developing heart disease or not.”

Dr. Ni recommends that individuals who think they may have sleep apnea talk with their doctors. Sleep apnea is a common condition where a person’s breathing stops and starts several times as they sleep. Symptoms can include feeling fatigue, irritability, and difficulty concentrating during the day. Dr. Ni also reminds his patients to be vigilant about turning off screens a few hours before bedtime.

“I think this is a huge problem in our current time,” Dr. Ni told MNT. “We actually have hormones that are influenced by how much light our eyes see and how much light our eyes don’t see and those hormones drive us to … sleep or not. So if you have light exposure at nighttime … from the TV, or from a computer screen, or from your smartphone, it’s going to trick [your] brain into thinking that it isn’t time to sleep yet.”