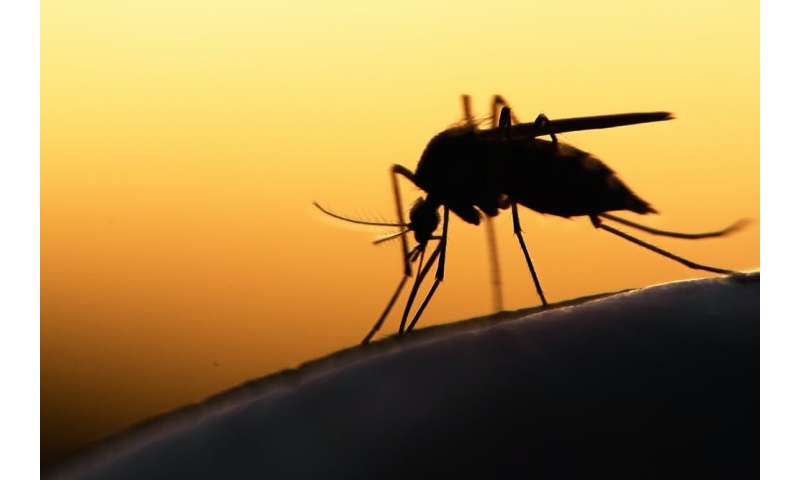 The number of COVID-19 deaths globally—more than 750,000—is now greater than the amount of people who succumb to malaria most years.

So while the pandemic continues to have a huge impact on global health, here are some of the known and likely impacts the virus is having on six other major health challenges.

Some dating apps such as Tinder and Bumble report an increase in online activity, but is this translating to an increase of meet-ups for sexual activity despite the lockdown?

Researchers from the University of Melbourne are investigating these and other questions in a survey examining the sexual and reproductive health impacts of COVID-19.

Adult stores have also reported a jump in sales during the lockdown.

While early reports suggest a possible decline in STIs during the lockdown period, with the resumption of normal life across most of Australia, it’s unclear if this trend will continue.

Each year the flu kills 2,000-3,000 Australians. The measures people are taking to limit COVID-19, such as increased physical distancing, good hand hygiene and face masks, are already having a clear benefit on limiting flu spread.

Deaths from flu in the first half of 2020 were down to just 36, compared with 430 in the same period last year.

While we might expect similar reductions in other respiratory infections, the World Health Organization has major concerns about tuberculosis (TB). Well over a million people worldwide die each year from TB, and extensive detection and tracing programs are key to reducing deaths.

These TB control programs have already been impacted by the pandemic and the WHO predicts an extra 1.4 million people could die as a result over the next five years.

Staying home should stop you inhaling someone else’s cough or sneeze, but it probably won’t stop you being bitten by a mosquito.

More than 700,000 people die each year from diseases spread by biting insects, such as malaria, dengue, sleeping sickness and yellow fever.

There are already signs dengue cases are growing in Southeast Asia in the wake of reduced control measures brought by COVID-19.

In the case of malaria, the WHO estimates deaths in many parts of the world could double this year, killing hundreds of thousands more people if insecticide-treated net campaigns are interrupted because of COVID-19.

In wealthy countries such as Australia, non-communicable diseases such as cancer, heart disease and stroke are some of the main causes of death and disability. Death from some of these can be reduced by appropriate screening and primary healthcare interventions.

If people delay going to their doctor to monitor blood pressure or put off routine cancer testing (and reports so far suggest this is happening), we will inevitably see more illness and deaths from these causes.

Cancer Australia has launched a campaign, Cancer Won’t Wait, to remind people to continue to participate in national screening campaigns for breast, cervical and bowel cancers and not to put off seeking medical attention for danger signs of cancer.

In countries that have relatively good control of COVID-19, increases in these non-communicable diseases are likely to far exceed the deaths directly caused by COVID-19.

If social media posts are anything to go by, people could be drinking more frequently and in higher volume than normal during the pandemic.

According to a poll commissioned by the Foundation for Alcohol Research and Education, one in five Australian households are buying more alcohol than normal during the pandemic.

Alcohol contributed to more than 1,000 deaths in Australia in 2017 alone, and heavier drinking during the pandemic would exacerbate this pattern.

The health impacts of abuse of other substances such as heroin or cocaine during the pandemic remains contentious. Limits on transport and movement are already impacting both the trafficking and use of illicit drugs, but users might replace scarce drugs with other equally hazardous substances.

Mental health disorders have some of the heaviest global health burdens of any type of illness. The social, economic and health impacts of COVID-19 will have huge consequences for mental health for many around the world.

Mental health support services have already reported a surge in calls, while hospitals have seen an increase in presentations of young people after self harm. Australia has launched a National Mental Health and Wellbeing Pandemic Response Plan backed by an initial A$48.1 million.

The Victorian government announced an additional A$60 million for mental health services but much more will likely be needed to avert a crisis in this area.

Although some infectious diseases that are normally spread directly from person to person are already reducing their transmission because of our response to COVID-19, many other diseases will get much worse during and after the pandemic.