As states clamor for more supply, shipments of the Moderna vaccine have arrived at sites at out-of-range temperatures, affecting 4,400 doses in Maine and another 11,900 doses in Michigan earlier this week.

Both instances involve the same distributor — McKesson — and Moderna and federal officials are working on a full analysis on implications for viability of the vaccines, according to Dr. Nirav Shah, director of the Maine Center for Disease Control (CDC). 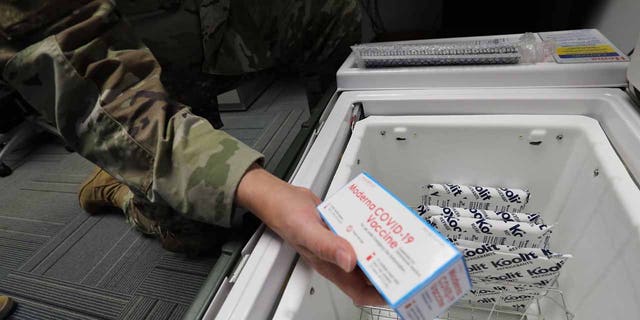 “This phenomenon of some doses arriving out of temperature change happened not just in Maine, but also in some other states, for example, in Michigan,” Shah said at a virtual briefing Thursday.

Shipments come along with a temperature monitoring device to track temperatures during transport. Shah said the boxes arrived in Maine with a “red X” instead of a “green checkmark.”

McKesson told the U.S. CDC and Operation Warp Speed that “gel packs were not left out to be thawed to appropriate temperature, but rather were just tossed into the boxes,” according to Shah. “So the operating hypothesis right now is that the temperature exceedance was on the low end, not on the high end,” but until an investigation is complete, officials won’t know for sure, he added.

GET THE FOX NEWS APP

Replacement doses have already been shipped out to both states, but not without some delays in appointments.

None of the vaccines in question have been administered, Shah said, but instead are being held roped off in frozen storage until scientists greenlight the vaccines as safe and effective for use.

“Being too cold increases the chances that the vaccines that were delivered to Maine, those 4,400 doses can eventually be used,” Shah said. “That’s because vaccines of this sort are generally more stable in cold environments.”

Overall, Maine has administered more than 92,000 doses, and over 17,000 people in the state have already received their second dose.