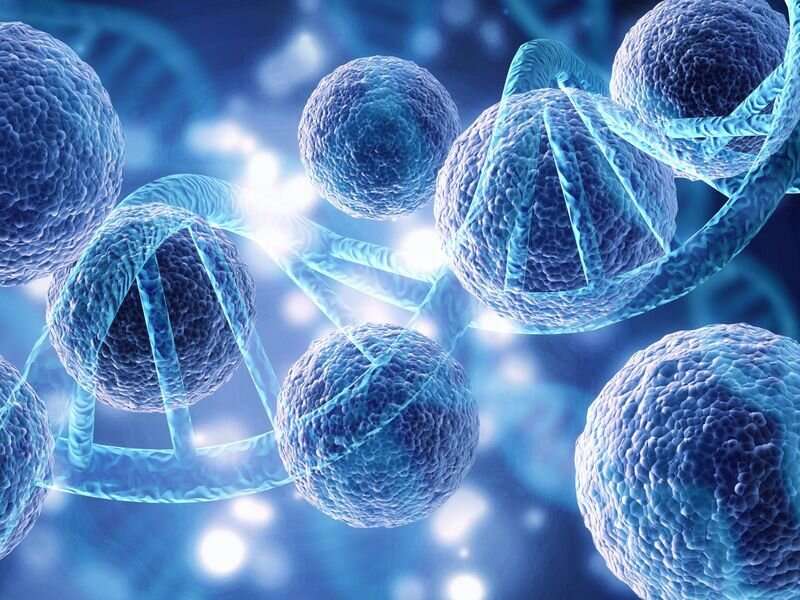 An experimental gene therapy that’s applied as a skin gel appears to heal wounds caused by a rare and severe genetic skin disease.

Experts called the findings “remarkable,” and said they bring hope of a better quality of life to children and young adults living with the condition, called dystrophic epidermolysis bullosa (DEB).

The disease affects about 3 out of every 1 million people. It’s caused by a flawed gene that renders the body unable to produce a particular collagen—a “glue” between the skin layers that is essential to its strength and integrity.

Kids born with DEB are sometimes called “butterfly children” because their skin is so fragile, even an ordinary bump or friction can cause blistering that progresses to painful open wounds.

In the most severe cases, infants have blisters or missing skin at birth, or soon after. Those children typically develop widespread scarring over their bodies and can have eye inflammation that impairs their vision. Blisters and scarring also arise along the lining of the mouth, throat and digestive tract—which can interfere with eating and cause malnutrition.

As young adults, people with DEB face a high risk of squamous cell carcinoma, a form of skin cancer that is normally highly curable, but in a person with DEB often proves deadly.

There has never been any specific treatment for DEB. Managing it is all about wound care, preventing infections, trying to relieve pain and other “supportive” therapies, said Dr. Peter Marinkovich, the senior researcher on the new study.

The new gene therapy, delivered by a skin gel applied directly to wounds, could become the first treatment for the rare disease. Krystal Biotech, the product’s developer, has submitted an application for approval to the U.S. Food and Drug Administration, and said the agency granted it “priority review” designation.

The therapy does not correct the genetic flaw causing DEB, or cure the disease.

Instead, the gel contains a modified herpes virus that delivers two functioning copies of the gene, called COL7A1, to patients’ skin cells. The cells are then able to produce the missing collagen protein—with the goal of healing wounds.

In the new trial, published Dec. 15 in the New England Journal of Medicine, Marinkovich and his team found the approach did just that.

The study involved 31 children and adults with DEB. Each patient had one wound treated with the gene therapy gel, and a second, similar wound treated with a placebo (inactive) gel. In all cases, it was applied during weekly bandage changes.

After six months, 67% of wounds treated with the gene therapy were completely closed, versus 22% of those treated with the placebo gel. That included healing of longstanding—even 10-year-old—wounds, according to Marinkovich.

Other experts called the trial “pivotal,” and said that if the therapy continues to have such benefits over the long term, it could have a “transformational” impact on patients’ quality of life.

“This is a devastating disease,” said Dr. Aimee Payne, a professor of dermatology at the University of Pennsylvania.

Payne, who wrote an editorial published with the study, said that various high-tech treatments for DEB have been attempted—including stem cell therapies and skin grafts.

“And now this comes along, and it’s a salve that you put on the skin,” Payne said. “It almost seems magical.”

The notion of topical treatments is new to the gene therapy field, said David Schaffer, a professor of chemical and biomolecular engineering at the University of California, Berkeley.

A limitation of the approach is that it’s transient, explained Schaffer, who wrote a separate editorial published with the study. As skin cells naturally die, the functioning COL7A1 gene is lost, too.

So the topical therapy will likely need to be repeated indefinitely. In addition, it does not penetrate the skin, Schaffer said. That means while it can be applied as needed to new wounds, it cannot prevent them.

That said, a gel capable of closing wounds could transform patients’ lives, according to Schaffer. And if that healing is ultimately shown to prevent squamous cell carcinoma, he said, “that would be huge.”

As for safety, the trial found no serious side effects. A theoretical concern, the experts said, is that the immune system could react against the herpes simplex virus used in the gel, or the newly produced collagen protein.

The herpes virus is genetically modified so that it cannot replicate or spread in the body. But because the virus is naturally adept at evading the immune system, Marinkovich explained, it’s a good vehicle for delivering the COL7A1 gene to cells without sparking an immune response.

Among the ongoing research steps, he said, is to treat skin lesions in younger children, as early as 6 months of age, to see if that can prevent extensive skin scarring.

Schaffer pointed to the bigger picture. Gene therapy, he said, has long been “held back” by a lack of good delivery systems. But that’s changing. Just last month, Schaffer noted, the first gene therapy for hemophilia B—delivered by a single IV infusion—was approved by the FDA.

“Gene therapy is beginning to work,” he said.

More information:
The nonprofit DEBRA has more on the different forms of epidermolysis bullosa.